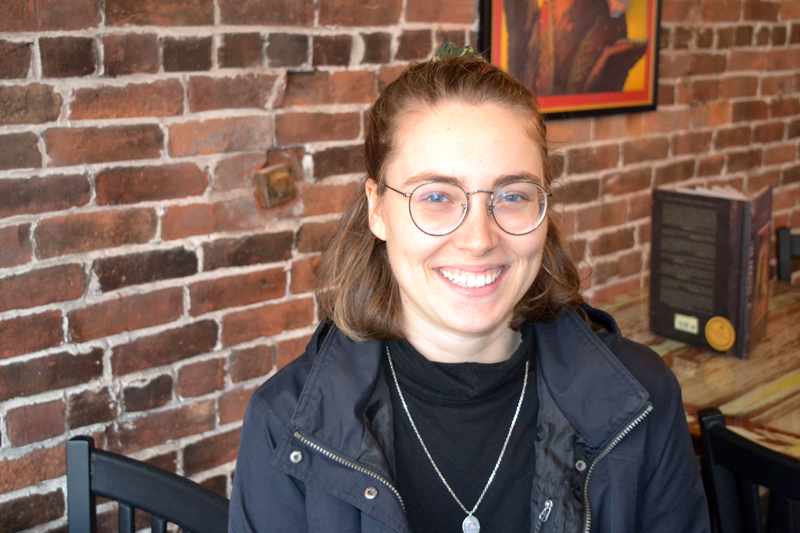 Aho, a 2012 graduate of Medomak Valley High School in Waldoboro, is currently home on an extended work break, through late January, to shoot her latest movie, an as-yet-untitled 10- to 12-minute short about a female hermit living in the Maine woods.

Aho is basing the character – Robin, the only human character in the film – on the famous North Pond Hermit, Christopher Thomas Knight, who lived in the woods of central Maine without human contact for 27 years, until he was arrested in April 2013.

“She’s a hermit,” Aho said of Robin in a recent interview in downtown Damariscotta. “She’s been living in the woods for maybe 15 years.”

The film will have no dialogue, but Robin “will maybe mutter some things,” said Aho.

In the film, Robin steals food, dumpster-dives, and, like Knight, never lights a fire so as not to be detected. Also like Knight, Robin eventually “gets caught … and gets sent back into the world,” Aho said.

“My (21-year-old) sister was going to play (Robin) in a very early version of the script, but then I made the character older. She will be played by Sophie Sorensen, an actor I met in New York,” she said.

Aho’s film essentially tells a story of the increasing encroachment of civilization upon the natural world. Other characters in the film, which Aho describes as “slow, poetic, and really lingering,” are the woods and “other human spaces she ends up in.” Antagonists in the movie are machines and buildings – “the material world that humanity creates.” 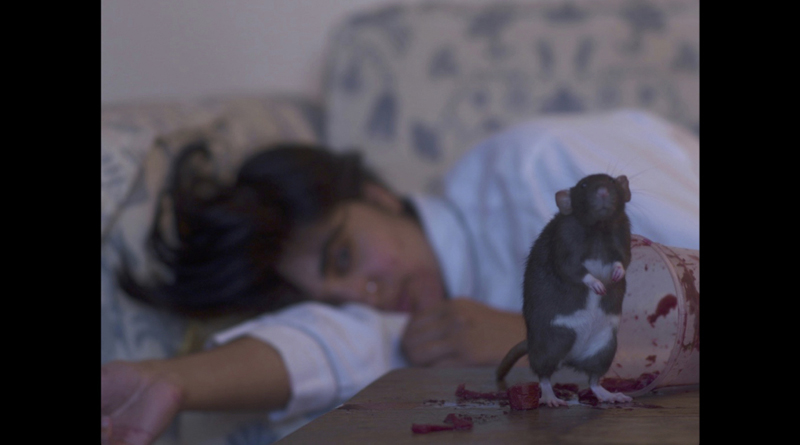 In addition to filming in Waldoboro, where she worked with her father to build “the hermit shelter” on her family’s wooded property, Aho and her crew of seven from NYU are shooting at N.C. Hunt Lumber in Jefferson (“It’s an amazing location. Lots of logs!”), on the grounds of the Union Fair, and at Camp Bishopwood in Hope.

“Here, it’s easy to shoot,” Aho said, comparing filming in Maine with the difficulty of filming in New York City, where she made her first three shorts, the first of those in a cemetery. “I had to call so many cemeteries — no one wanted me to shoot there. And they wanted like $500 an hour!” She found a cemetery asking a student price of $300 per day to shoot but luckily ended up getting to use the location for free.

“It is cheaper to shoot here. … People can stay at my house. I can cook for them,” Aho said.

Plus, “shooting in Maine, I think, gives me a similar edge to the international students” in the NYU film program due to its rather “exotic” nature, Aho said. “People spend so much money – on equipment, lights – to make their film look beautiful – and it’s here already.”

That is not to say that things are not changing, even in the wooded Pine Tree State. Aho acknowledges that.

“I was walking around my property (in Waldoboro) yesterday, where the old barrel mill used to be on the river. In 20 years, it’s going to be totally different,” said Aho, who majored in media studies with a minor in environmental science at Occidental College in Los Angeles before attending NYU. “There is nothing we can do about how fast things are changing, but I can record it for history.

“There’s woods, but there’s no wilderness where you can go … without seeing or hearing planes. You can’t be a real hermit anymore. Humanity is encroaching everywhere.” 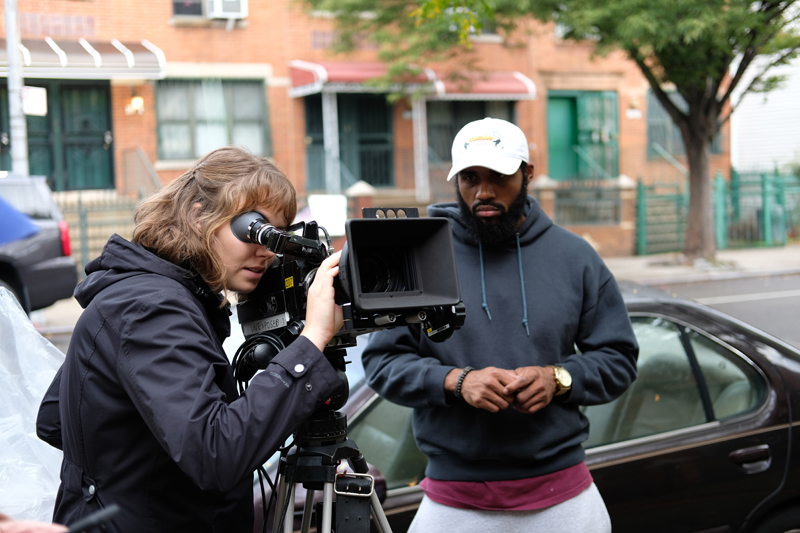 While Aho does not have to pay her film crew of fellow students, she still needs to raise money to help feed them, buy gas, and so on. Additionally, film festival entry fees can run $75-$80 for the bigger festivals, such as the Sundance Film Festival in Colorado. Aho plans for her movie to make the festival circuit next year, after it is completed in May, running into 2021.

“I’m trying to raise $5,000,” Aho said, but she needs a minimum budget of $1,000. She said she made her first film, a five-minute short, last year for $30, and made another, a seven-minute movie, for $70, in part because she “got everything donated. I know I can make films for as little money as possible.”

“I do not want to work in Hollywood. … I want to make small, independent stuff. I want to make quality stuff,” Aho said of her future in filmmaking. Along those lines, she noted that famous indie director Spike Lee, who is a professor in the Tisch School of the Arts film program, is currently watching one of her short films from last year, “Portrait of a Rat,” as part of her application for a grant from the Spike Lee Fund.

“It’s hard work, but it’s definitely been the best year-and-a-half of my life,” said Aho of her NYU film school experience.

“The people (in the program) are so interesting,” she said. “They range in age from 24 to 34 years old. There are people from all over, with a lot of different backgrounds and stories.”

As for Robin, look for her to reappear in a future Aho movie. “I don’t think I’m going to be done with the character when I’m done with this film,” Aho said.