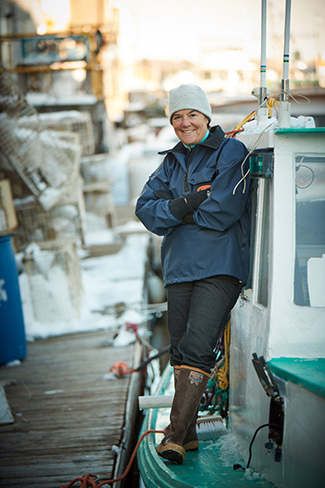 Author Linda Greenlaw is coming to Waldoboro Public Library on Saturday, Jan. 13 at 1:30 p.m. to kick off the library’s speaker series of 2018. Greenlaw will discuss her newest mystery novel, “Shiver Hitch,” and her life as a lobster boat captain. She is the author of the bestsellers “The Hungry Ocean,” “All Fishermen are Liars,” “The Lobster Chronicles,” and “Recipes from a Small Island,” as well as the Jane Bunker mysteries, including “Slipknot” and “Fisherman’s Bend.”

Before becoming a writer, Greenlaw was the only female swordfishing boat captain on the East Coast of the United States, the career that earned her a prominent role in “The Perfect Storm” and a portrayal in the subsequent film. She now lives on Isle au Haut, where she captains a lobster boat.