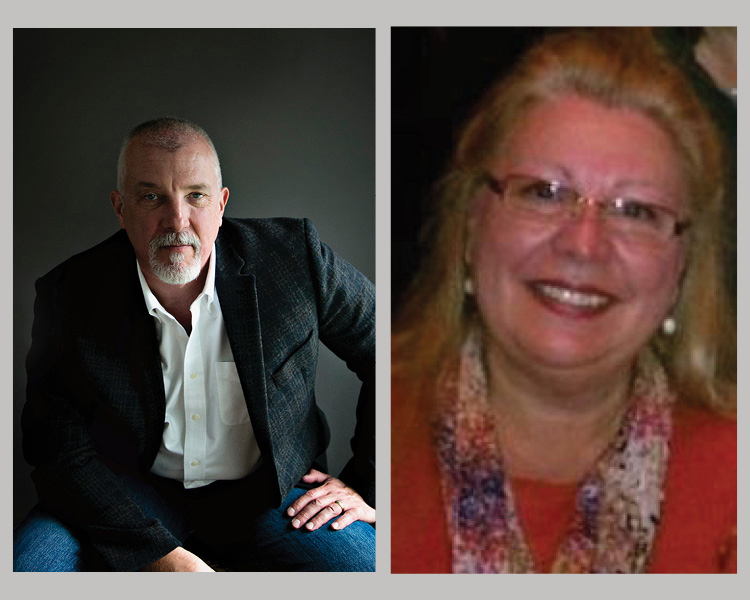 Join the audience for a conversation with crime writers Coffin and Graff, who will share their thoughts and experiences on writing crime novels. By interviewing each other for the audience, their conversation will reveal their differences and shared experiences, from writing processes to the business of working as a published author in today’s world. There will be time for questions.

Award-winning author Graff writes The Nora Tierney English Mysteries (“The Blue Virgin,” “The Green Remains,” “The Scarlet Wench,” “The Golden Hour”), featuring an American writer living in the U.K.; and The Trudy Genova Manhattan Mysteries (“Death Unscripted,” “Death at the Dakota”), based on Graff’s work during her nursing career as a medical consultant for a New York movie studio. Her short story “Quiche Alain” appears in “Malice Domestic Anthology 14: Mystery Most Edible.”

The managing editor of Bridle Path Press, Graff also writes a crime review blog, auntiemwrites.com. She is a member of Sisters in Crime, the North Carolina Writers’ Network, and the International Association of Crime Writers. Graff and her husband live in rural North Carolina.

Coffin is the bestselling author of the Detective Byron mystery series. As a former Portland detective sergeant with more than 27 years in law enforcement, he supervised all homicide and violent crime investigations for Maine’s largest city. Following the terror attacks of Sept. 11, 2001, Coffin spent four years investigating counterterrorism cases for the FBI, earning the Director’s Award, the highest award a non-agent can receive.

Coffin’s most recent novel, “Beyond the Truth,” was a finalist for the Agatha Award for Best Contemporary Novel, a finalist for the Maine Literary Award for Best Crime Fiction, and the winner of Killer Nashville’s Silver Falchion Award for Best Procedural. His short fiction appears in several anthologies, including Best American Mystery Stories 2016. Coffin is a member of International Thriller Writers, Mystery Writers of America, Sisters in Crime, and the Maine Writers and Publishers Alliance. He is a regular contributor to Murder Books blogs.

Coffin lives and writes in Maine.

Chats with Champions is a free community offering from Skidompha Library, located at 184 Main St., Damariscotta. For more information, call 563-5513.