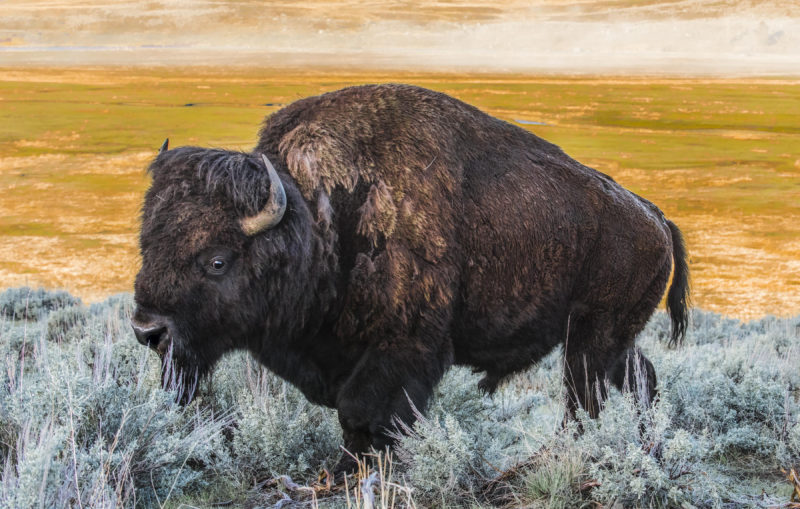 “On May 9, 2016 President Obama signed the National Bison Legacy Act officially making the American bison the national mammal of the United States. This majestic animal joins the ranks of the bald eagle as the official symbol of our country.” — from the U.S. Department of the Interior announcement of May 9.

Pemaquid wildlife photographer Sandy Flint was in Yellowstone National Park at the time of the announcement and his images of this magnificent animal and others are featured this month at the Saltwater Artists Gallery, Route 130, New Harbor.