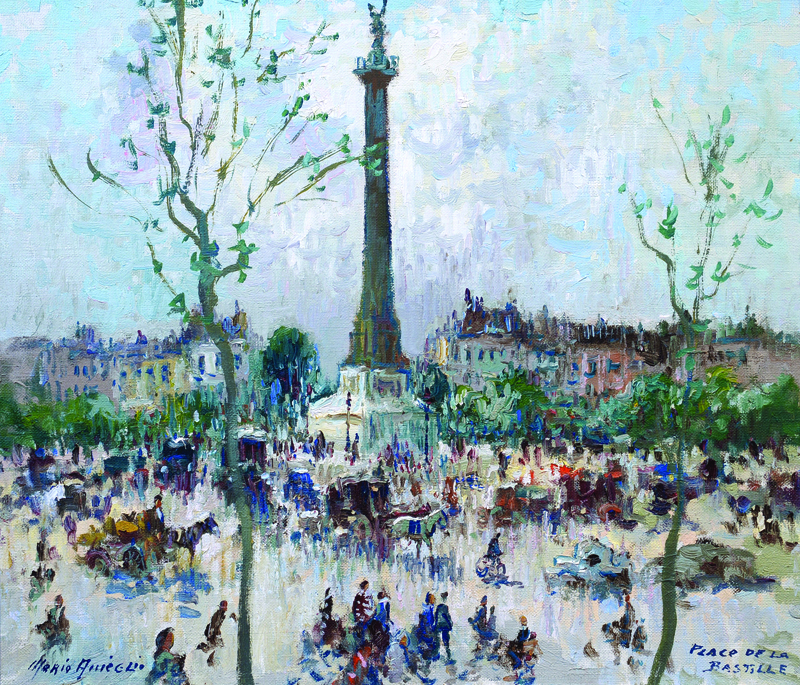 “Impressionism, Modernism & Realism Across the Atlantic” will open at the Wiscasset Bay Gallery in Wiscasset on Saturday, Sept. 4. The exhibition will feature works by artists from the United States, Great Britain, France, Spain, Holland, Italy, Germany, Austria, and Luxembourg and span the 17th century through the 21st century.

Of particular note is a cubist watercolor by French modernist Andre Lhote depicting Marseille Harbor in the early 20th century. Simplified planes of color are used to render the large ocean going vessels and sailing ships as well as the buildings with smokestacks. Contrasting Lhote’s industrial waterfront is the impressionist Merio Ameglio of the Place de la Bastille captured in vibrant blues, greens, creams and maroons. The famous Paris square comes to life with Ameglio’s energetic, broken brushstrokes describing the horses and carriages, cyclists, market-goers and Paris’ mansard roofs and clay chimneys.

Back across the Atlantic on the remote fishing island of Monhegan, 10 miles off the Maine coast, artists Andrew Winter, Karl Schmidt, Jay Hall Connaway, Abraham Bogdanove, Yolanda Fusko, and Morris Shulman worked to put into oils, caseins, pastel, and watercolor their own distinctive vision of the rockbound island. Winter shared the clear, realist eye of his contemporary Edward Hopper in rendering the Maine architecture and landscape. “Channel Marker, Monhegan” shows Winter’s use of rich blue black shadows to contrast the crisp white highlights on the rocks and sky. 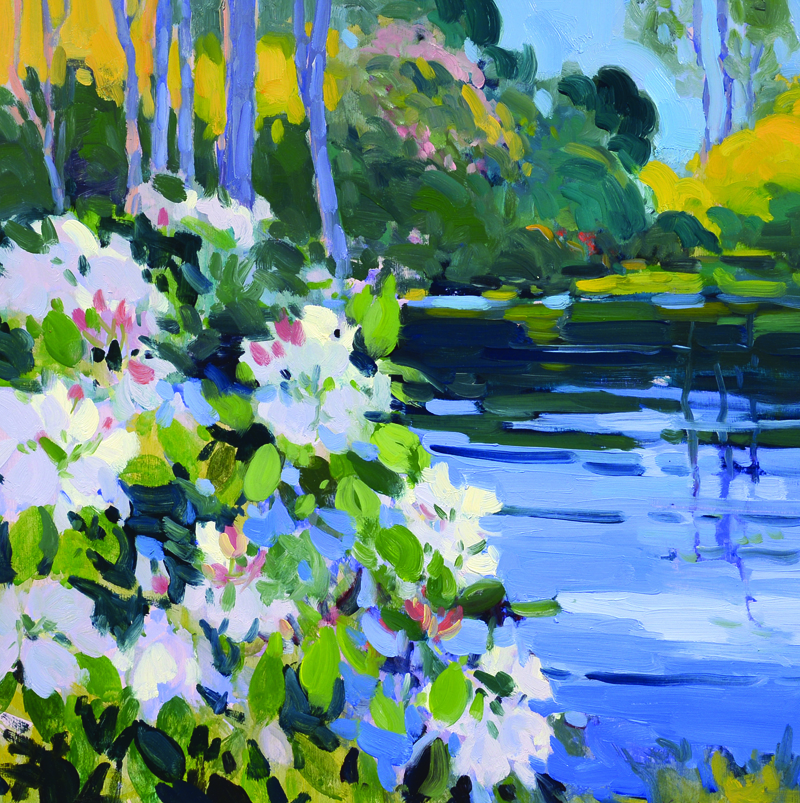 “Impressionism, Modernism & Realism Across the Atlantic ” will continue through Sunday, Oct. 31. The exhibition is available online at wiscassetbaygallery.com.

The gallery is open from 11 a.m. to 5 p.m. Thursday through Sunday and Monday through Wednesday by chance or appointment.

The Wiscasset Bay Gallery is located at 75 Main St. in historic Wiscasset village. For more information, call 882-7682, or go to wiscassetbaygallery.com.