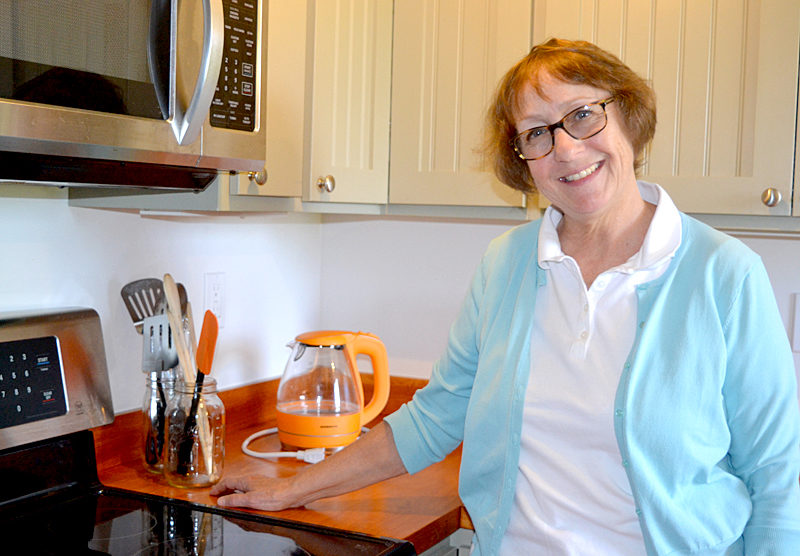 “It all came about because I had my girlfriends come up and they stayed in the apartment. They thought it would be so perfect for a writers retreat,” said Amy Kefauver in a recent interview at the Barn Loft Apartment, which is attached to the Damariscotta home she shares with her husband, artist Will Kefauver. Amy Kefauver was referring to the two upcoming writers workshops she will host at the spacious, recently renovated three-bedroom apartment in October and November.

Kefauver, who relocated to Maine in 2013 from New York, met Hughes, Patrick, and Young when she worked in New York City for educational book publisher Scholastic from 1978-1983.

On Saturday, Oct. 22, Hughes, along with her friend and colleague Kathy Gunst, will present an all-day workshop on food journalism at Kefauver’s Barn Loft Apartment. Patrick and Young will lead a young-adult fiction-writing workshop there on Saturday, Nov. 5. 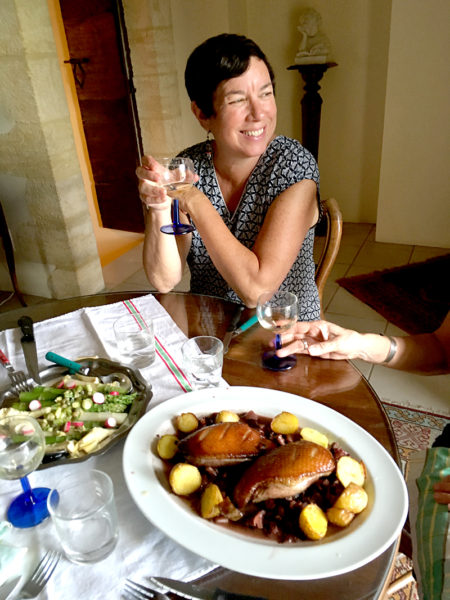 Gunst, who lives in South Berwick, is a James Beard Foundation Award-winning cookbook writer and the resident chef on National Public Radio’s “Here and Now” show. Her latest cookbook, “Soup Swap,” was just released this month. On the morning of Oct. 22, she and Hughes will talk to workshop participants about the history of both food writing and travel writing. In the afternoon, Hughes will discuss narrative food and travel writing, as well as memoir writing and culinary and literary blogging. Gunst will cover recipe- and cookbook-writing.

“I think we’re going to have a lot of fun,” said Gunst in a recent phone interview from Martha’s Vineyard, Mass., where she was visiting friends. “I’m going to talk about food writing. And one of the best ways to teach people to write recipes is to cook something in front of them, something that has a few tricky techniques.”

Gunst will have workshop participants watch her cook and each write a recipe based on her cooking. “Fifteen people can watch somebody cook something and every recipe will be different,” she said. This exercise is “a great technique” for anyone, regardless of her or his level of expertise, who wants to learn to write effective recipes.

Gunst will also teach workshop-goers how to organize their recipes into a cookbook, as will Hughes. “Both of us will spend time talking about what makes good food writing,” she said. The two women will talk about “what really distinguishes good food writing,” including fiction and narrative writing, and writing for radio, magazines, blogs, and so on.

“It’s kind of endless these days. I mean … someone won a James Beard award for an Instagram account last year,” Gunst said. “I’ve been doing this for 40 years and I’ve seen a lot of changes. … People that have no experience are starting blogs and are earning good salaries. It can be very lucrative.”

“I really love making food for people, sitting at a table and watching them enjoy it,” she said. “One of the ways to share that with strangers is to write it down … to give them a similar experience. You can’t sit at the table with everybody, but a cookbook is kind of a way to sit at a virtual table with them.”

“I think the class will be interesting to anyone who loves to cook and has wanted to put together a collection of recipes, on whatever level that may be,” Gunst said. 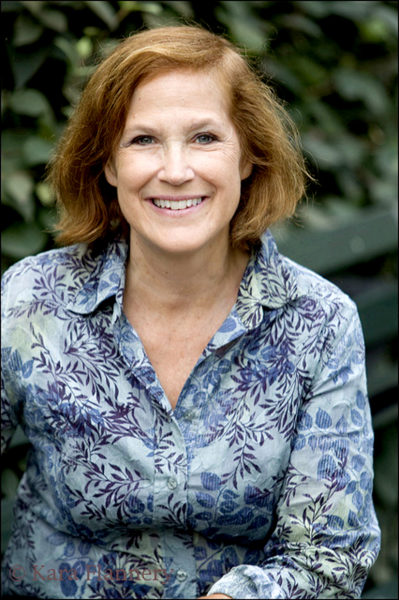 For her part, Hughes will offer workshop attendees a chance to have a one-on-one critique of their writing on Sunday, Oct. 23. This half-hour critique is optional, and will be done on a writing sample submitted to Hughes in advance of the workshop.

The Oct. 22 food-journalism workshop will run from 9 a.m. to 6 p.m. The fee for the workshop is $200, which includes a morning meet-and-greet session with coffee and tea, a communal lunch prepared by Kefauver, a wine-tasting, and a book-signing. The fee for Hughes’ one-on-one writing critique on Oct. 23 is $25.

The Nov. 5 writing workshop featuring Patrick and Young will run from 9 a.m. to 6 p.m. Contact Kefauver at amy@kefauverstudio.com or 380-1298 for more details, including costs for the various sessions of this workshop.

Both workshops are suitable for adults and teenagers.

To register for the upcoming writers workshops at the Barn Loft Apartment, contact Kefauver at amy@kefauverstudio.com or 380-1298. To learn more about each workshop presenter, go to their websites, which are as follows: Holly Hughes, hollyahughes.net; Kathy Gunst, kathygunst.com; Denise Lewis Patrick, deniselewispatrick.com; and Karen Romano Young, karenromanoyoung.com.

The Barn Loft Apartment is located at 144 Bristol Road, Damariscotta.