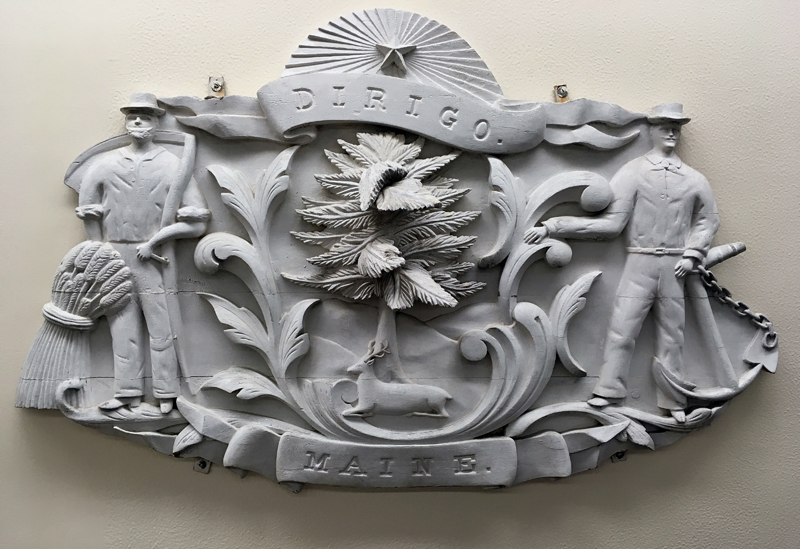 A wood carving by the late Edbury Hatch, of Newcastle. Hatch’s work will be among the work discussed in the March 8 talk titled “Maine and the Index of American Design” by Farnsworth Art Museum curator Jane Bianco at Skidompha Library. (Photo courtesy Jane Bianco)

On Friday, March 8 at 3 p.m., Jane Bianco, the curator at the Farnsworth Art Museum in Rockland, will present a talk titled “Maine and the Index of American Design” at Skidompha Library, located at 184 Main St. in Damariscotta.

Bianco’s talk will focus on Maine’s involvement and representation in the Federal Art Project work-relief program called the Index of American Design, aimed at helping to provide employment to American artists during the Great Depression. The artists were hired to produce illustrations of art and artifacts representative of particular states in the United States.

The work of late Newcastle woodcarver Edbury Hatch, who lived from 1849 to 1935, is among that featured in the Index of American Design, which is a collection of renderings from 34 U.S. states.

“Part of the move during New Deal America was to celebrate art at a time when everyone was struggling with poverty and the Depression,” said Bianco in a Feb. 22 phone interview.

Of Maine’s contribution of renderings to the encyclopedic Index of American Design, Bianco said, “In the case of Maine, it ended up being maritime objects, such as carvings,” and items such as furniture and textiles from the Sabbathday Lake Shaker Village, located near New Gloucester and Poland.

An exhibit with the same title as Bianco’s talk at Skidompha Library, featuring 24 Maine-based renderings from the Index of American Design on loan from the National Gallery of Art, is currently running at the Farnsworth through Sunday, March 24.

“The 24 pieces include (renderings of) maritime carvings, such as figurehead and decorative elements of ships left over from the great shipping industry that was prevalent on the coast of Maine. And that’s where we come to Edbury Hatch,” Bianco said.

Hatch, who “was associated with William Southworth, a carver in Portland, Newcastle, and Bath, and with (carver) Charles Sampson,” was “quite talented,” Bianco said.

In reference to Hatch’s notable woodcarving pursuits, which he engaged in to a great degree, even after working shifts as a port nightwatchman, Bianco said, “He did carvings … for the pure joy of carving. He was doing what came naturally – a compulsion almost.”

A related talk by Virginia Tuttle titled “Picturing a ‘Usable Past’ in American Design” will take place the previous day, Thursday, March 7 at 2 p.m. at the Farnsworth Art Museum, 16 Museum St., Rockland, farnsworthmuseum.org. The cost of admission to Tuttle’s talk is $10 ($8 for museum members).