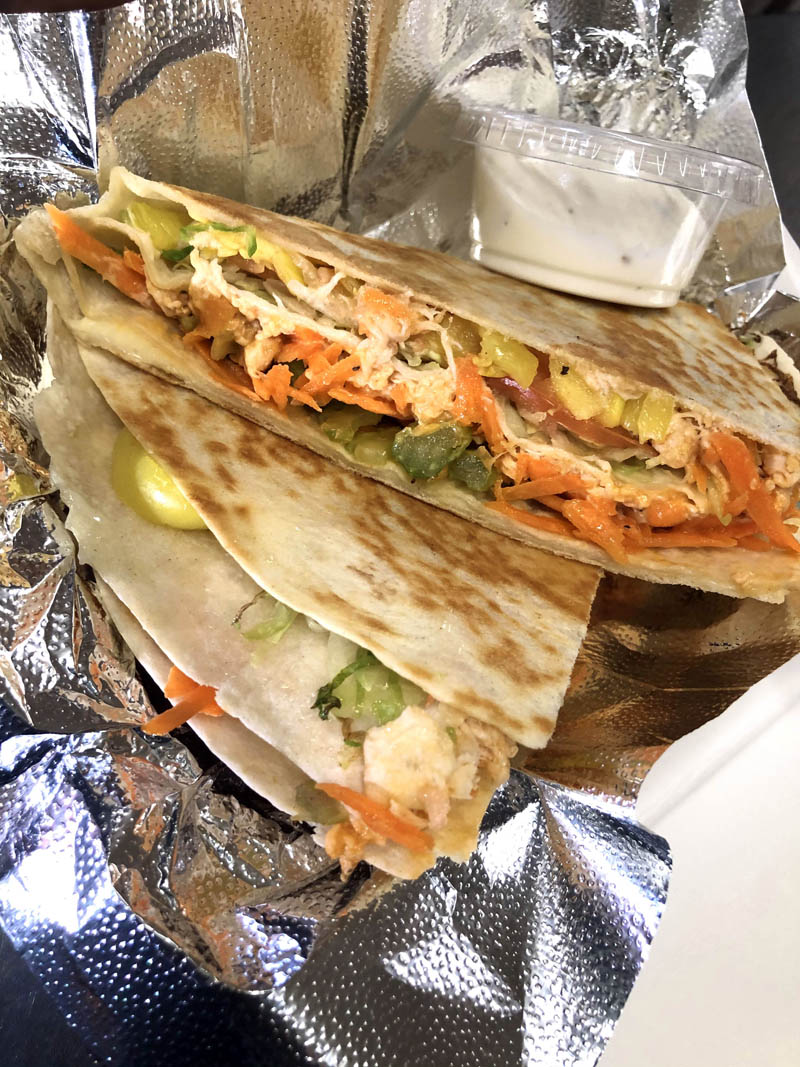 Like many people, I have a favorite Fernald’s sandwich that I will defend most ardently. The best example of this was in late December, when I concluded an interview with voice actor and Nobleboro native Steve French by arguing that the Avenging Samurai was better than the Sum Likes It Hot. (We ended by agreeing to disagree.)

However, for the first time in the five-ish years I’ve lived in Maine, a new favorite has topped my list, at least for a week.

Throughout the month of February, S. Fernald’s Country Store has debuted weekly sandwich specials as a way to experiment and keep things exciting in the winter months for both customers and staff, according to owners Sumner Richards IV and Moira Rose Richards.

“The thing is, our menu is so vast, so we never really had the opportunity to play,” Sumner Richards said. “With February being a difficult month, this was a way to keep things exciting and give people a reason to come out, while also keeping it reasonable.”

While I missed the first special — a pulled pork sandwich topped with house-made coleslaw and barbecue sauce on a grilled bun — I know I would not have been able to be objective, as that’s one of my favorite sandwiches.

When the second special was announced, I knew I didn’t want to miss it. Crab Rangoon grilled cheese with a sweet Thai chili dipping sauce was an intriguing combo, and, for $6.99, a steal. I placed an order for 11 a.m. pickup, stood in the cold to collect my sandwich, and took the bounty back to the office.

While I staged the sandwich for a photograph, one of my co-workers walked by and asked if I had picked up a sandwich for him. I offered him half of mine, we divided up the chili sauce, and I went back to my desk to dig in.

I immediately regretted my decision to share. The melted cheese mixed with the crab, scallions, and Sriracha was an absolute delight, and the bread was toasted just enough to offer a crunch. The chili sauce only amplified everything I enjoyed. Afterwards, I immediately texted Moira Rose Richards to tell her the sandwich may need to be a mainstay, a feeling that seems to be shared by others.

“We got a lot of positive feedback on social media, and a few of our close friends reached out personally and were very excited for us,” Moira Rose Richards said. “As for people getting their regular or the special, I know a lot of people who got both!”

“We served twice as many specials in week two,” Sumner Richards said. “So I will be curious to see what happens this week.”

Inspiration for specials comes from a variety of sources, including employees, customer feedback, and, as is the case for this week’s special, the social media app TikTok. The Buffalo Chicken TikTok Wrap Hack features pulled buffalo chicken, lettuce, tomato, banana peppers, carrots, American cheese, and buffalo mayo, grilled in a wrap in and served with a side of blue cheese. The wrap is available Wednesday, Feb. 17 through Saturday, Feb. 20.

The next special is still in the research-and-development phase and will officially be revealed next week on Fernald’s social media channels. However, when Sumner Richards mentioned what they were hoping to do during our FaceTime interview, both he and Moira Rose Richards got a great laugh out of my excitement.

Looking ahead past the end of the month, both Moira Rose Richards and Sumner Richards said there is a possibility of continuing to offer weekly specials and possibly repeating a few of the popular offerings into the spring.

“At this point, really anything is possible,” Sumner Richards said.

S. Fernald’s Country Store, at 50 Main St. in downtown Damariscotta, is open for window service from 11 a.m. to 2 p.m. Tuesday-Saturday. Orders can be called in or placed at the window.