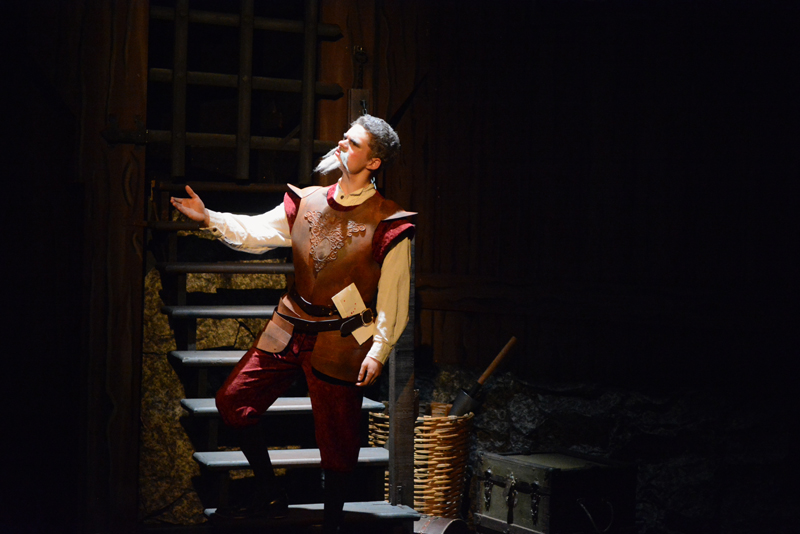 It takes a special kind of actor to perform musical theater, one that can both sing and act. In the case of “Man of La Mancha,” the Heartwood Regional Theater Company and Lincoln Academy youth-theater collaboration that opened at LA’s Parker B. Poe Theater on Oct. 26, it also requires an ability to deliver comedic lines when called for.

Such proficiency and flexibility was on display in spades at the matinee performance of the Broadway classic on Sunday, Oct. 28.

LA student Jonah Daiute is impeccably cast in the title role of Miguel de Cervantes/Alonso Quijano/Don Quixote de La Mancha. Likewise for Andrew Lyndaker, who plays Don Quixote’s endearing sidekick, Sancho Panza. Both Daiute and Lyndaker are exceptionally talented singers, with seasoned voices that belie their young ages. They are also highly capable actors – both dramatic and comedic. Lyndaker is particularly funny, such as when he realizes he is looking through the wrong end of his spyglass and quickly turns it around. 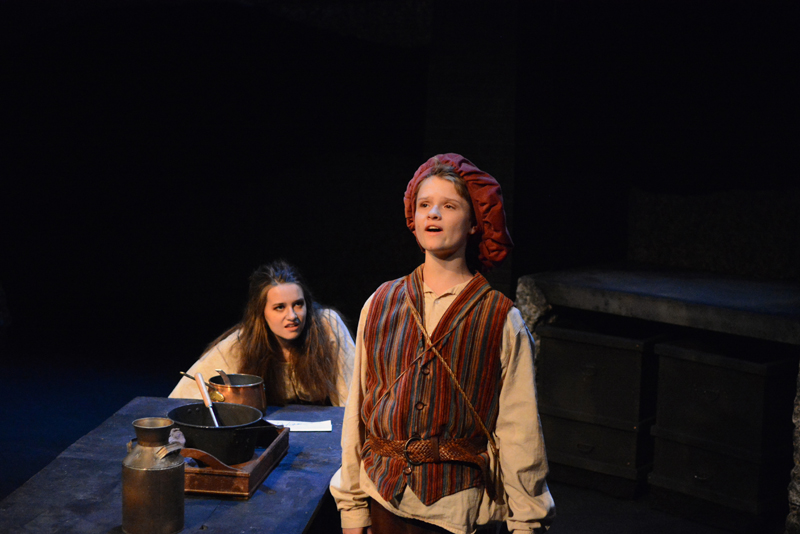 From the moment, early in the play, when Daiute-as-Cervantes pleads guilty to being an idealist after being thrown into a dungeon during the Spanish Inquisition to when he is lying on his deathbed toward the end of the piece, Daiute commands the audience’s attention whenever he appears. He has the enviable ability to draw in his audience from the get-go and keep them under his dramatic spell until the last line of the play.

May Halm is also impressive as the imprisoned prostitute Aldonza who becomes transformed in Don Quixote’s eyes into the fair Dulcinea. Like Daiute, she shows a mature ability to understand and portray the complexities of her character, a character that grows deeper in understanding over the course of the story. She is funny as well, such as when she, as Aldonza, does not know the meaning of the word “missive.” (“Missive? What’s a missive?” to laughs from the audience.)

Kayleigh Tolley is notable as the Sister character, a twist on the Padre character originally written into the play. 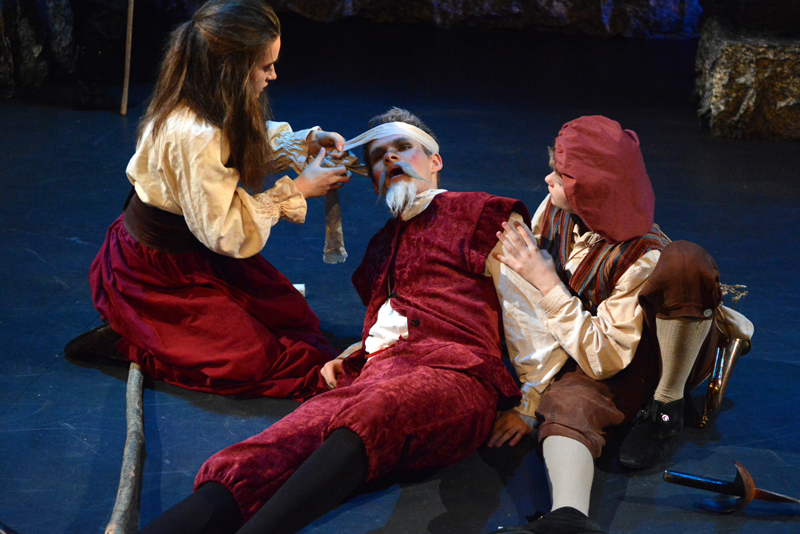 Play-goers are certain to be delighted with hearing classic songs sung well, such as “The Impossible Dream,” which is reprised more than once in the show, as is the title song. The gorgeous, heart-tugging song “Dulcinea” is sung early on by Don Quixote to Aldonza and reprised tenderly by Aldonza toward the end of the play.

Kudos to the play’s production staff, which includes LA seniors Kai-Lin Shen on light design and operation and costumer Sequoia Patton, for a beautifully staged production. 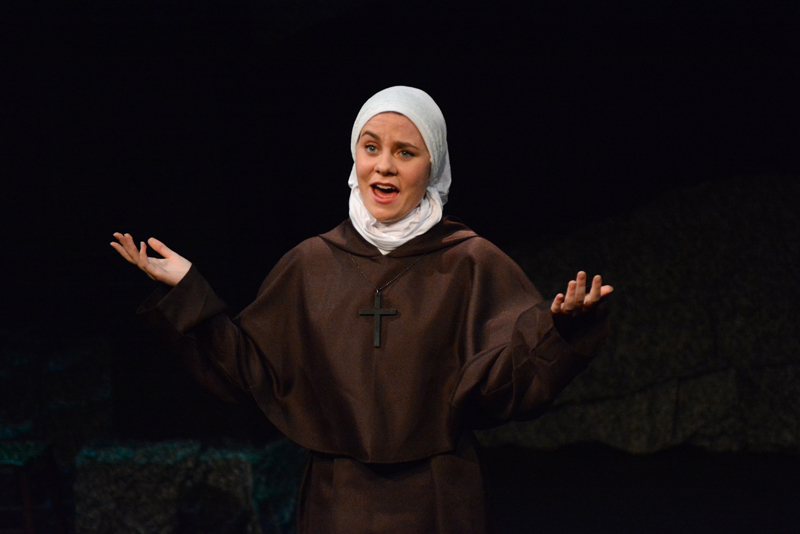 The spare set, it must be noted, worked very effectively to support the changing scenes within this 95-minute one-act piece.

“Man of La Mancha” continues at the Parker B. Poe Theater Thursday-Saturday, Nov. 1-3 at 7 p.m. and Sunday, Nov. 4 at 3 p.m., though the Nov. 4 performance is sold out. Adult tickets are $16 and student tickets are $5. Learn more at heartwoodtheater.org.