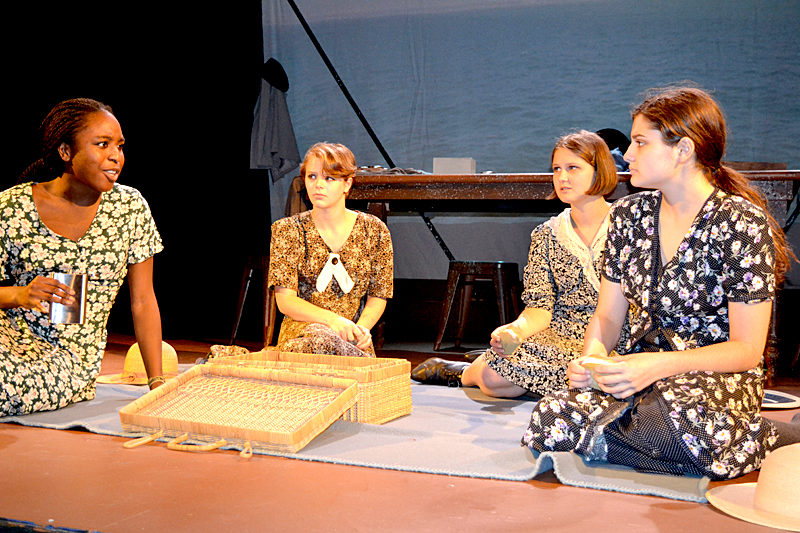 The Oct. 28 dress rehearsal of Heartwood Regional Theater Company and Lincoln Academy’s production of the Melanie Marnich play “These Shining Lives” revealed a well-rehearsed and very capable cast and crew consisting entirely of Lincoln Academy students. With four more rehearsals to follow before opening the evening of Thursday, Nov. 3, “These Shining Lives” showed promise of becoming even more stellar.

As it turned out, all four women developed a number of debilitating illnesses, including bone cancer, from radium poisoning as a result of their work. Catherine Donohue was one of those women, as were her co-workers Charlotte, Pearl, and Frances, played by Noelle Timberlake, Toru Fiberesima, and Rachael Schuster, respectively.

Eddyblouin shines as Catherine throughout the production. She ably and subtly transforms herself from a wide-eyed, somewhat naive young mother eager to bring home extra money via her new job; to a seasoned female worker sharing the sort of camaraderie with her co-workers that comes from spending many hours a day together; to the frail, worldly, and brave woman she is near the end of the play.

Jones supports Eddyblouin’s character well – and believably. He nicely portrays a husband who at first does not want his wife, a mother of two, to be gone from home for too long. As the story progresses, Jones-as-Tom goes through a number of changes, including expressing anger at his wife for “stopp(ing) for a quick one after work,” as Catherine tells him she has done. The “quick one” was a banana split, not a drink, but Tom nevertheless yells at her that she is acting like a man. 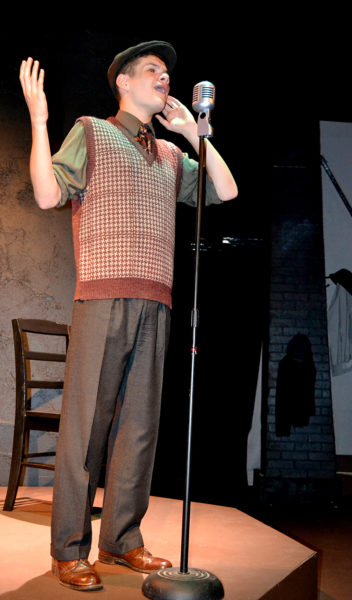 Lincoln Academy student Jonah Daiute plays a radio announcer in a dress rehearsal of “These Shining Lives” at the Parker B. Poe Theater in Newcastle. (Christine LaPado-Breglia photo)

Late in the play, Tom poignantly expresses his sorrow over the death of his wife while confronting her boss, Mr. Reed, played nicely by Caleb Eugley. Referring to the fact that he and Catherine had planned to grow old together, Tom tells Reed, “I was supposed to die with her. Maybe I have.” It is one of a number of well-played, poignant scenes in this moving production.

The scenes featuring Catherine and her co-workers are reliably captivating – including workplace scenes in which the four devotedly lick the tip of their radium-coated paint brushes before painting each watch dial (“lip, dip, paint,” as Pearl puts it).

Never does the story drag in this production, but especially not when it comes to the exchanges between Catherine, Pearl, Charlotte, and Frances. The four actors playing these characters keep the dialogue moving at just the right pace. Whether they are conversing at work, on the beach in a particularly cheerful (and liberated) scene, or at Catherine’s kitchen table after all four have become ill, the young women hold the audience’s attention without rushing, slowing down, or delivering unclear lines.

Timberlake’s character, Charlotte, has been given some particularly entertaining lines, which she delivers with excellent comic timing. When she and her co-workers are partying at the beach, getting tipsier with each pass of a flask of gin, Charlotte suddenly stands up and looks into the distance as if she just saw something (or somebody) interesting. “Looks like Monte Carlo!” she says excitedly. “Or maybe just Carlo!” 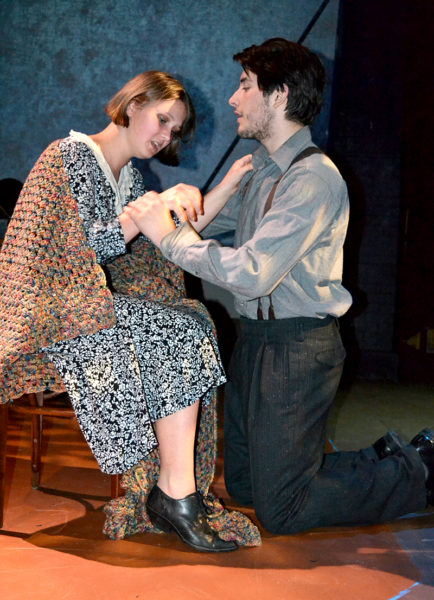 One of the side effects of working daily with radium, besides the deterioration of health, is that one’s skin begins to glow, hence the title “These Shining Lives.” The name of the play also has a double meaning, in that the four women portrayed, as well as the numerous other women who became ill and died from doing the same work, truly shine to this day for their hard work, devotion, and tenacity in the face of the odds against them. They were bound to become sick from working with radium – and the Radium Dial Co. ended up blaming them for their illnesses and fired them as they became too weak to work.

Even when Catherine developed the gumption to sue Radium Dial Co., she found herself and her three friends smeared in the newspapers of the day as “disgruntled women” just trying to make money. Eddyblouin handles the character of the newly emboldened Catherine admirably in this part of the play. “I want to win,” she says. “At least I’ll go down swinging!”

Not long after, Catherine appears center stage with Tom in one of the most moving scenes of the play.  She screams that she is dying. Her husband consoles her: “You’re still here. No one on earth could hold a candle to you. No one in heaven will come close.” Eddyblouin and Jones do a remarkable job of conveying adult emotions in this scene.

Kudos to director Griff Braley for his guidance in producing a play with serious content that nevertheless remains entertaining throughout without getting bogged down in, say, oversentimentality. Praise goes to all of the actors, including Jonah Daiute, Mason Keene, and Nick Miaoulis, who do double duty in the acting department, and Ben McManus, who does triple duty as Dr. Rowntree, the Donohues’ son, and one of the reporters. 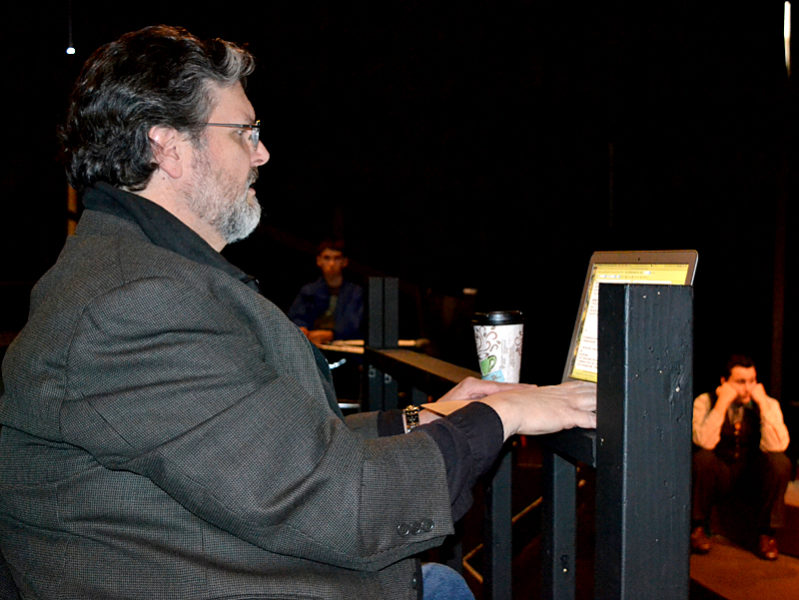 The production crew, including stage manager and light-board operator Ryan Kohnert, has worked fabulously to set the various scenes. The large backdrop projection of a starry night sky accompanied by somewhat dreamy, spacey music, for one, works wonderfully to set a necessarily contemplative tone.

“These Shining Lives” plays Thursday-Sunday, Nov. 3-6 at the Parker B. Poe Theater at Lincoln Academy, 81 Academy Hill Road, Newcastle. Evening performances will take place at 7:30 p.m. Nov. 3-5; a 3 p.m. matinee will take place on Nov. 6. Student tickets are $5 and adult tickets are $15. Email info@heartwoodtheater.org or call 563-1373 for ticket reservations (suggested). Seating is unreserved, unless specifically requested in advance. For more information, go to heartwoodtheater.org.