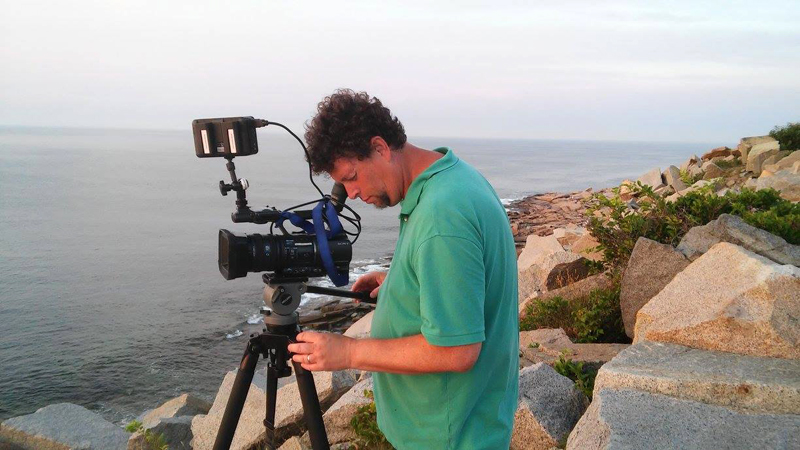 “The family fishermen are going the way of family farmers,” says one man interviewed in “Dead in the Water,” the new documentary film by Southern California filmmaker David Wittkower showing at Harbor Theater in Boothbay Harbor on Monday, April 9. Shot in New England coastal towns, the film chronicles the struggles of New England fishermen to remain viable in an age of what some might deem excessive federal regulation of the ground-fishing industry.

“It’s a film from the point of view of the fishermen,” Wittkower said in a recent phone interview from his home in Woodland Hills, Calif. “The government regulations have been so tight on fishermen … that they can’t make a living anymore.

“I wanted to show this industry from the human side.” 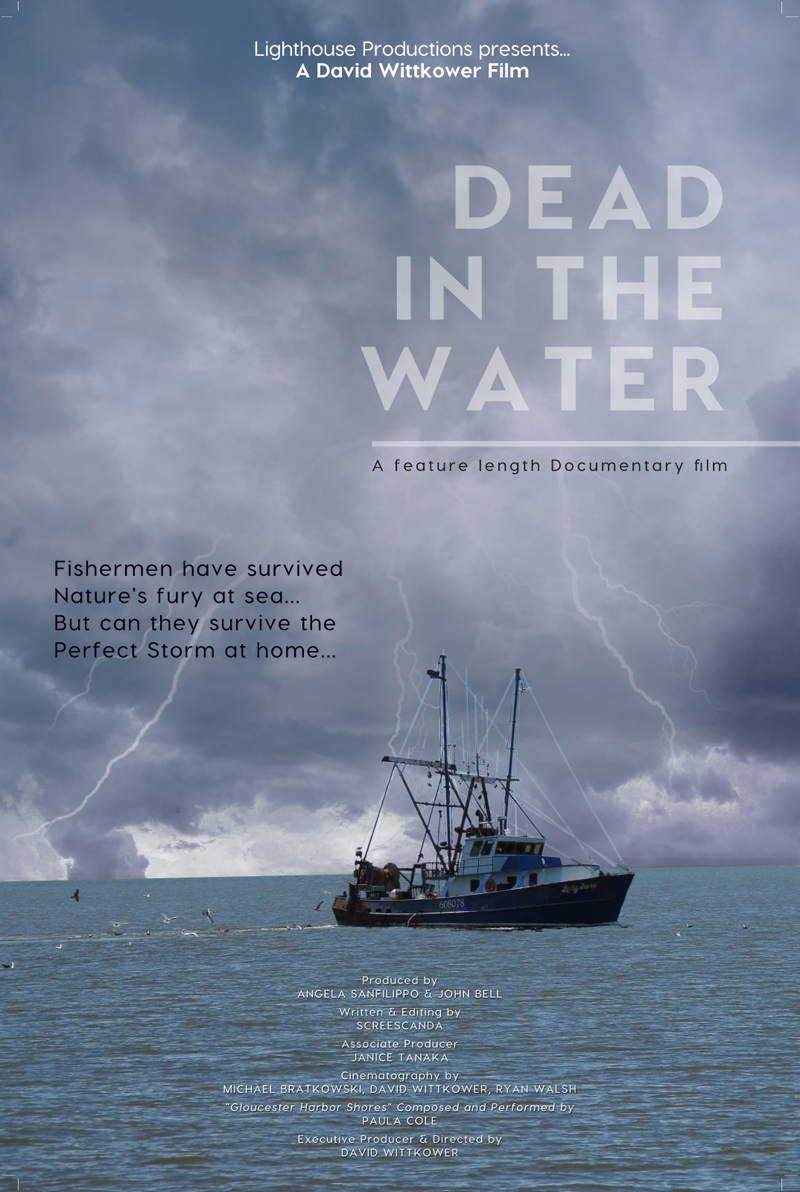 The promotional poster for “Dead in the Water.” (Image courtesy David Wittkower)

Increased regulations have driven up costs for fishermen so much that “a three-man boat went down to a one-man boat,” he said. “The amount of work that one man has to do is amazing.”

Running a one-man boat in the ocean can be dangerous. “In the film, someone says that 87 percent of fishermen in the U.S. are suffering from PTSD,” said Wittkower.

“This film opens the door for the world to see how difficult and dangerous the life of a fisherman is. On top of that, the impact of misguided federal regulations on fishermen has never been presented as powerfully as it is in ‘Dead in the Water,’” said John Bell, the former mayor of Gloucester, Mass., in a recent press release for the movie.

“Dead in the Water” was released last November in Rockport, Mass., Wittkower’s hometown, and has since shown in other Massachusetts coastal towns – Cape Cod, New Bedford, and Gloucester, whose declining fishing industry is chronicled in the film.

In March, the film was given an Excellence in Cinematography for a Documentary award at the Depth of Field International Film Festival competition.

“I have gotten requests from all over the country to show it,” Wittkower said of “Dead in the Water.”

“Fishing groups are the prime movers” behind the growing interest in “Dead in the Water,” he said.

“Some environmental groups are saying there’s no fish out there, and that may have been the case in the ’70s and ’80s because of factory trawlers,” said Wittkower. That, he said, is no longer true.

Citing the growing popularity of the farm-to-table movement, Wittkower said he would like to see increased “public awareness .. and to have people demand that grocery stores and restaurants carry fish caught in U.S. waters,” rather than have such a high percentage of fish sold in the U.S. – more than 90 percent, he said – come from countries such as Norway, Fiji, New Zealand, Sri Lanka, and Iceland.

“It’s gotten to the point where fishermen have to give up, sell their boat,” or go into a different line of work, Wittkower said.

“I’m not against the government. There needs to be regulation,” he said. “But there’s so much regulation it’s very difficult to move forward.”

Wittkower likened the potential importance of “Dead in the Water” to the impact of “Roger & Me,” the popular 1989 Michael Moore film about the decline of the automobile industry in Flint, Mich. He said that he has already gotten requests from fishermen in Australia and the United Kingdom to show the film.

Wittkower will facilitate a question-and-answer period after the screening of “Dead in the Water,” featuring a panel consisting of Maine fishermen and Angela Sanfilippo, the president of the Gloucester Fishermen’s Wives Association.

“Dead in the Water” screens at 7 p.m. Tickets for the film and discussion are $15. Watch the film trailer at deadinthewater.info.