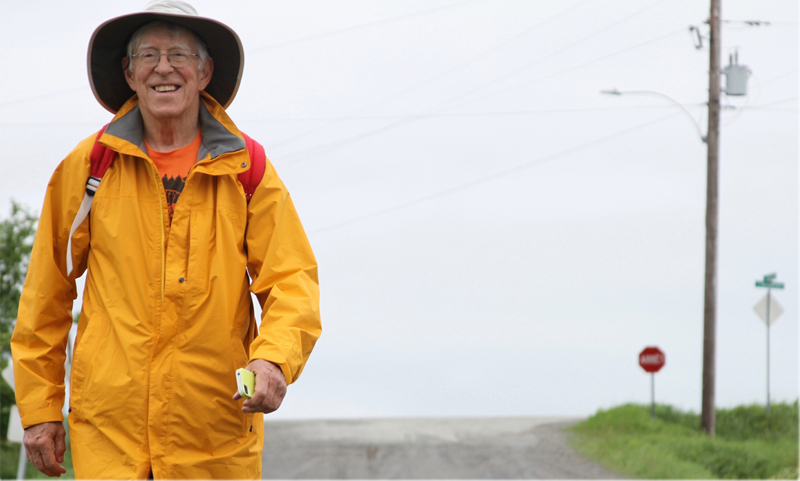 Ray Shevenell, in a scene from “The Home Road.” (Photo courtesy Tonya Shevenell)

At first glance, one might understandably think that the main impetus for making “The Home Road” – the brand-new film by Portland-based filmmaker Tonya Shevenell screening at Lincoln Theater on Saturday, Sept. 23 – was to create a historical documentary about the life of Shevenell’s great-great-great-grandfather Israel Shevenell. Israel Shevenell was the first permanent French-Canadian settler in Biddeford and the town’s first French voter. He arrived in Biddeford after walking there from Quebec, Canada to find work in the spring of 1845.

Though the story of Israel Shevenell’s life is interesting and history-making, “that’s not what got my dad’s attention,” Tonya Shevenell said in a recent interview in downtown Damariscotta of her father, Ray Shevenell, who stars in “The Home Road.” “It was walking all the way from Canada to Maine. He wanted to do it ever since he was a young kid.”

Shevenell said that her father always kept an Aug. 18, 1972 article from the Biddeford-Saco Journal about Israel Shevenell in his top dresser drawer when she was growing up. “His socks and other things started in the second drawer down,” she said, noting the lasting impression of Israel Shevenell’s Canada-to-Maine walk on her father.

In “The Home Road,” Tonya Shevenell films and photographs as her 74-year-old father walks the nearly 200-mile route that his 19-year-old great-great-grandfather likely would have taken 170 years prior from Compton, Quebec to Biddeford via the White Mountain National Forest in New Hampshire and the woods of western Maine. Ray Shevenell’s sometimes grueling trek ran from May 31 to June 12, 2015. At one point, he was forced to visit a hospital emergency room to help ease the pain in his swollen, bleeding feet.

Tonya Shevenell’s film is visually very pleasing, thanks in large part to the beautiful natural terrain that her father traverses on his “shank’s mare” – traveling by his own legs – journey. It is also aurally beautiful, thanks to a sensitive, lush soundtrack created and performed by Wiscasset composer and musician Sumner McKane, who is also a filmmaker. Tonya Shevenell’s brother, Peter Shevenell, did the charming illustrations in the film. 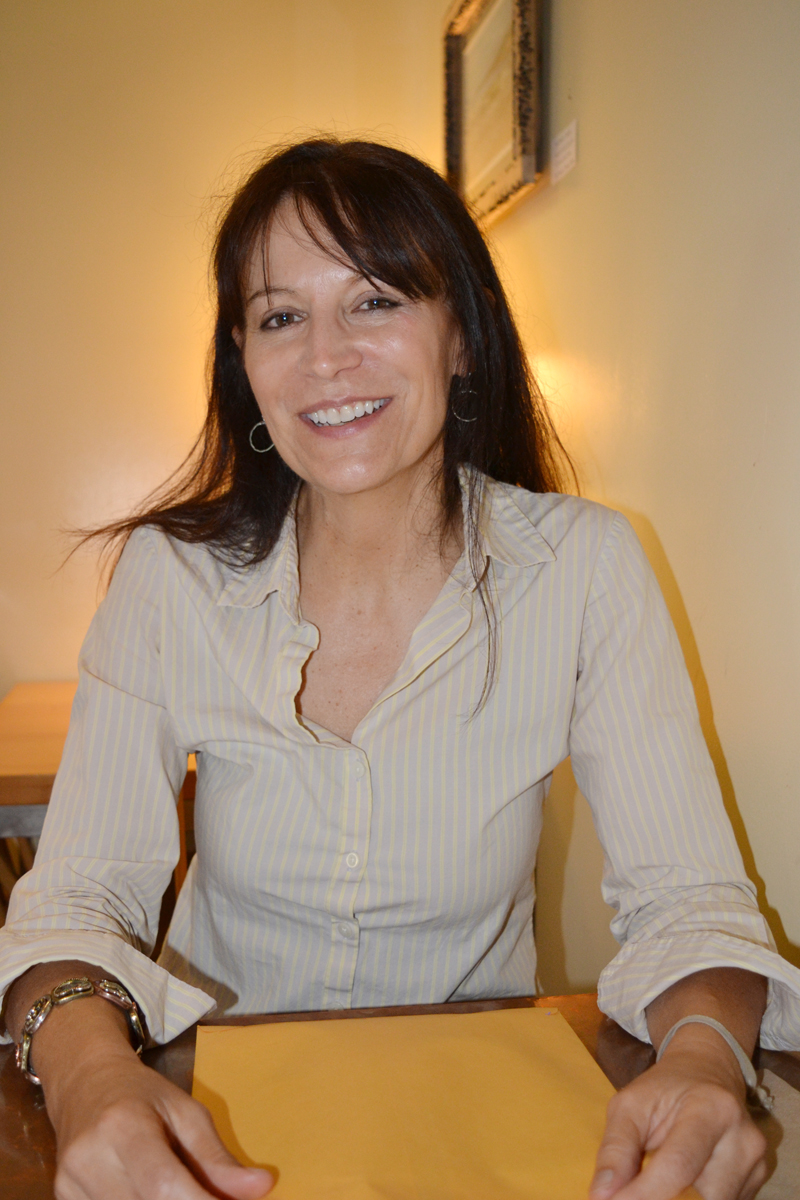 Tonya Shevenell expressed her admiration and gratefulness for working with McKane. After she started to do research for “The Home Road” in 2013, she enlisted McKane to create the soundtrack, a move that served as an impetus to create a rough draft of the movie. “If I could get to the point with this film that it would be time to get Sumner in to do the soundtrack, it kept me going,” she said of the solitary, demanding process of making a movie. “Because I worked on this alone, when the music finally did come in, it was less lonely. When I got to that point when the music was in the movie, it was like – phew! – this is going to be OK, this is going to work.”

In 2015, over the course of her father’s walk, Tonya Shevenell sent notes and photos to McKane. “He started composing on day one of the trek and on day 13, he had composed a piece of music,” she said. “Literally, when we walked into Shevenell Park in Biddeford, he had a six-minute piece of music. He took what we experienced and created the music.” McKane’s music, in turn, inspired Tonya Shevenell to continue honing her film.

As it turned out, the exercise of giving McKane notes was crucial to the completion of “The Home Road” after Tonya Shevenell was sidelined by the unexpected terminal illness of her mother, Diane Shevenell, several months after Ray Shevenell’s walk ended. “I couldn’t do much work,” Tonya Shevenell said of the period from January to June 2016. “My mom got incredibly sick and she died (in May 2016). I had to stop working on the film.”

It was the film notes that Tonya Shevenell had written and sent to McKane that helped her get back on track. “Thank God!” she said. “The journaling and the nuances of what I did were invaluable after having to take all that time off.”

Tonya Shevenell is in the early stages of working on a short film about her mother, “about living while someone you love is dying.”

Tonya Shevenell reflected upon her movie, describing it as a coming-of-age story, a migration story, and a film about moving forward. “A lot of the trek is just moving. My dad was always moving,” she said. “It’s a rolling show, like life.”

“The Home Road” plays at 2 p.m. on Saturday, Sept. 23 at Lincoln Theater, 2 Theater St., Damariscotta. The screening of the film will be followed by a Q&A period with filmmaker Tonya Shevenell and her father, Ray Shevenell. Tickets are $10 for adults and $8 for Lincoln Theater members and youth ages 18 and under. Tickets will be available for purchase at the door beginning at 1 p.m. on the day of the show. Go to lcct.org to watch a trailer of the film.