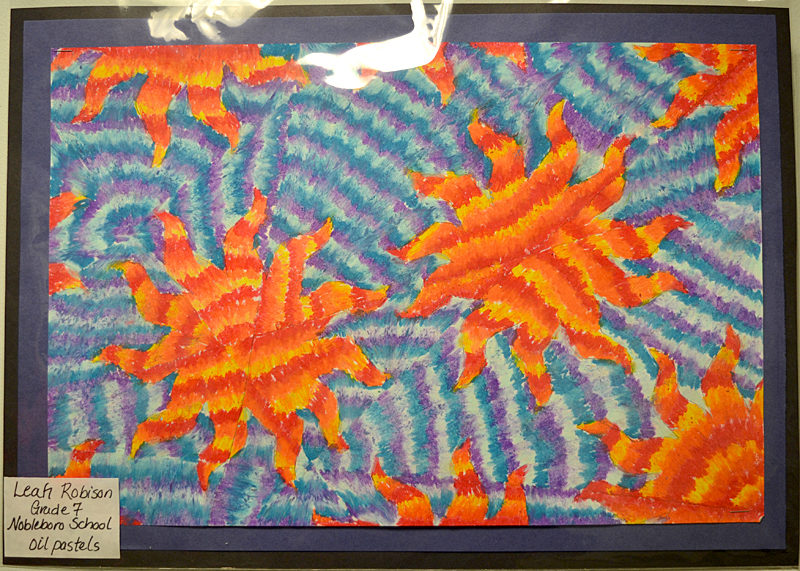 The Lincoln Home in Newcastle was abuzz with local schoolchildren the evening of Wednesday, March 8 as they tugged on parents’ hands to show them their artwork, which hangs in two hallways of the home. The occasion was an opening reception for an art show featuring the work of students in kindergarten through eighth grade from Nobleboro Central School and South Bristol School. Students employed a number of mediums, including watercolor and tempera paints, Sharpie markers, and cut paper to make their pieces of art.

First-grader Harper Farrell, who attends Nobleboro Central School, was one of several students whose artwork was created by weaving together strips of painted cut paper. Harper’s work, which hangs just inside the hallway to the left as one enters The Lincoln Home, is brightly colored and eye-catching. Across from that piece hangs NCS second-grader Carol Johnson’s pretty watercolor painting of leaves, enhanced with Sharpie marker. 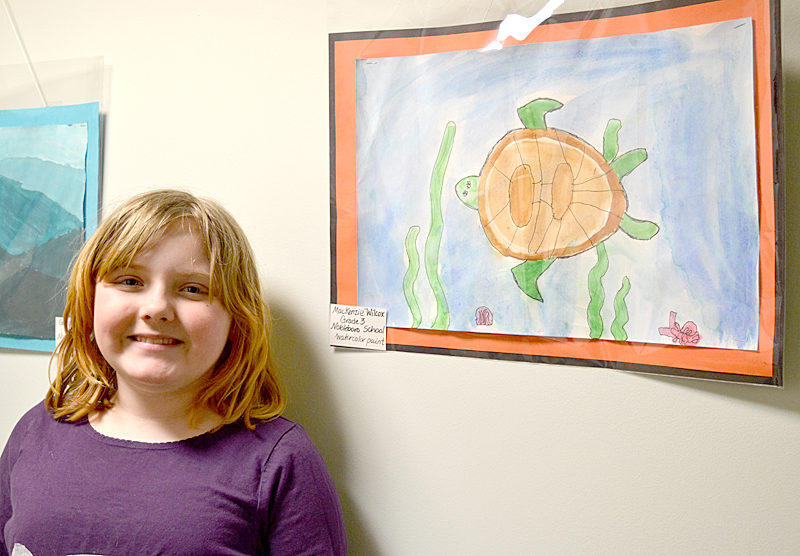 Nine-year-old MacKenzie Wilcox, who is in the third grade at Nobleboro Central School, poses with her watercolor painting of a sea turtle. (Christine LaPado-Breglia photo)

Near Sage’s piece hangs a clever, colorful oil pastel by Paige Lafrenaye, who is a seventh-grader at NCS. Attached to Paige’s work is a note that reads “Can you find something from France?” Hint: That hidden “something” is colored in red, yellow, and orange stripes, and there are a number of those same somethings in her piece.

Both Sage’s and Paige’s pieces – as well as a number of other brightly colored oil-pastel pieces – can be viewed with 3-D glasses for an extra “pop” of color. I found this out when a man viewing these pieces in this way shared his glasses with me. (Glasses are not on hand at the show; viewers must bring their own.)

A couple of students created drawings in which they worked with perspective. NCS sixth-grader Alden Hunold, for instance, used colored pencils to create a drawing featuring a number of buildings situated alongside a road that appears to disappear into a distant cityscape horizon. 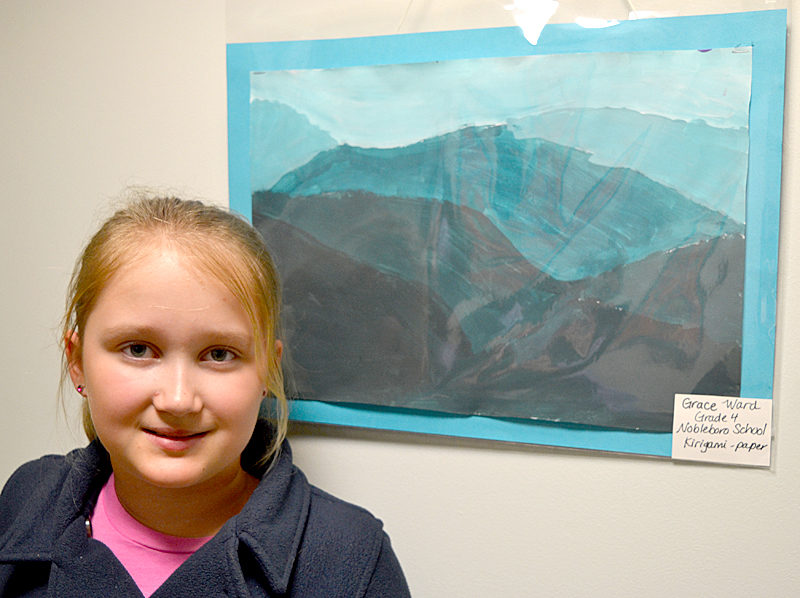 “Kirigami” – the Japanese art that involves the cutting of paper – was featured in some of the students’ art. NCS fourth-grader Remy LeBel created an artwork featuring four cut-paper flowers in a vase and Grace Ward, also in the fourth grade at NCS, produced a lovely piece depicting rolling hills in various shades of teal.

Some students used cut black paper to make striking silhouette pieces on watercolor backgrounds. NCS fifth-graders Emily Boone and Maddie Ward created a silhouette of a mother with a baby deer and a silhouette of a coyote howling at the edge of a cliff, respectively.

Some students created pieces titled “Year of the Rooster,” including SBS first-grader Colin Mitchell, and some made pieces titled “Autumn Tree,” including Freya Drum, who is in the third grade at SBS. Freya’s attractive artwork was made using watercolor paints and marker. 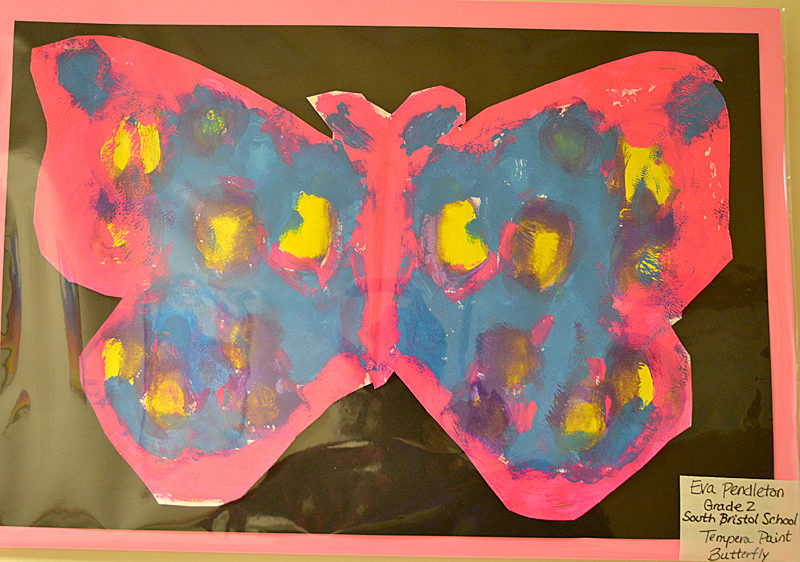