Wolfgang Busse’s love of the sea began when he was a young boy. A career in sailing eluded him, but he began acrylic painting, in part, so he could paint the sea. (Photo courtesy River Arts)

River Arts will showcase the paintings of Polly McGrory and Wolfgang Busse from June 9 through June 29 in the River Room. This show features the landscapes, seascapes, and portraits created by this couple from Waldoboro. 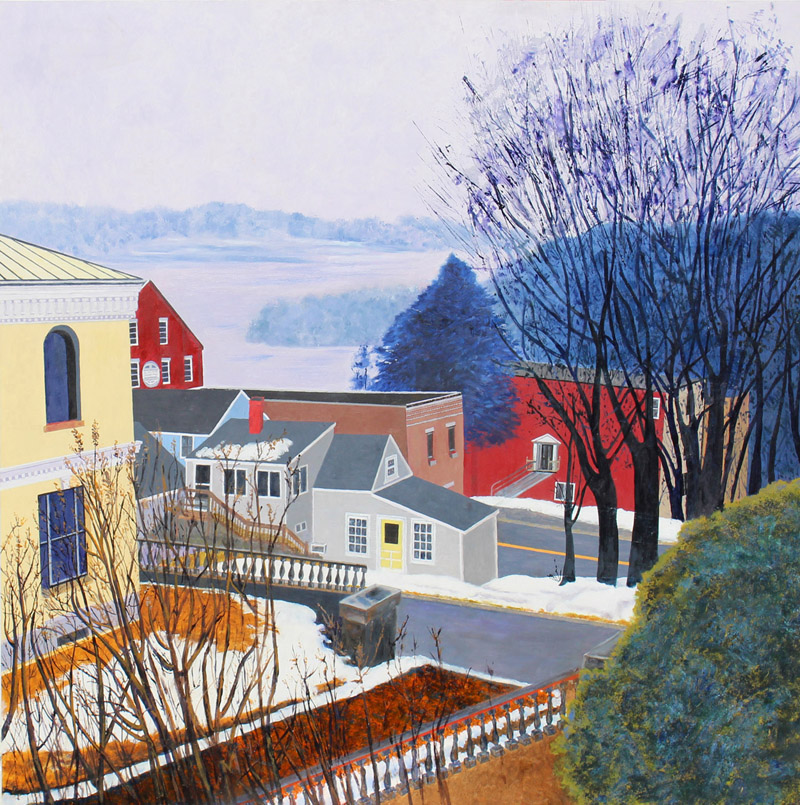 McGrory studied at Massachusetts College of Art in Boston before embarking on many avenues of exploration in her art. Having lived in various locations in Massachusetts, including Cape Cod before moving to Maine in 2000, McGrory’s work reflects the stimulation of living in different environments. Experienced in detailed drawings of interiors, portraits, paintings of dogs and horses, McGrory produces works in watercolor and oil paint. Her varied subject matter follows her current interests and often reveals a delightful sense of wit.

Busse’s love of the sea began when he was a young boy growing up in Bremerhaven, Germany. He often went to the harbor and dreamt of a life on board one of the great freighters that sailed out of port, bound for distant lands. His family emigrated to Pennsylvania and he chose colleges near the sea, first in Florida and then in Boston.

A career in sailing eluded him, but he dabbled in building ship models as a way to vicariously spend time at sea. Busse began acrylic painting when he moved to Maine so he could paint the sea. He has since expanded his repertory to include still lives and portraits as well as coastal scenes.

River Arts is located at 36 Elm St. in Damariscotta. Gallery hours are 10 a.m. to 4 p.m., Tuesday through Saturday.