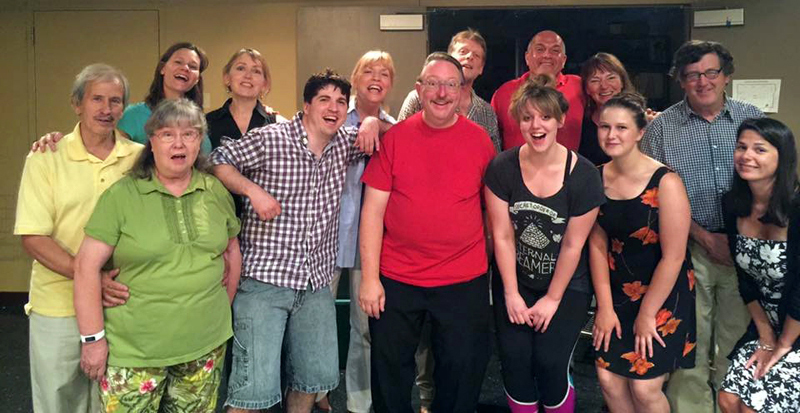 River Company announces its 20th season with four exciting productions: “Love Letters,” by A.R. Gurney; “Vanya and Sonia and Masha and Spike,” by Christopher Durang; “Rhinoceros,” by Eugene Ionesco; and the annual fundraiser, “A Christmas Carol,” by Charles Dickens.

“Love Letters” stars longtime River Company board member Suzanne Rankin and local favorite Thom Watson. It will open on Mother’s Day, Sunday, May 14, for one performance only. The venue will be Savory Maine Dining & Provisions restaurant, located in Damariscotta, and the event will be an exciting dinner and performance combination. Rankin and Watson bring this romantic comedy to life, reading love letters to one another that span their two characters’ lifetimes. The setting and design are simple-yet-elegant, and complement the dining environment. Doors will open at 6 p.m. with the performance beginning at 6:30 p.m. Tickets are $35 per person and include a three-course meal. For reservations, call 563-2111.

Durang’s Tony Award-winning play “Vanya and Sonia and Masha and Spike” will have six performances; it will open Friday, Aug. 4 at 7:30 p.m., with following performances on Aug. 5, 11, and 12 at 7:30 p.m. and Aug. 6 and 13 at 3 p.m. in the Porter Meeting Hall at Skidompha Library. This hilarious comedy centers on three middle-aged siblings and their struggle to find love and success, and to “grow up.” River Company board member Allison Eddyblouin has taken on the role of director and plans to cast the show in June. Open auditions will be held, with the date, time, and location to be determined.

“Rhinoceros,” a dark and eye-opening three-act play will be performed in November, around Election Day, Nov. 7, the one-year anniversary of America’s historic presidential election. The performance dates are Nov. 3, 4, 10, and 11 at 7:30 p.m. and Nov. 5 and 12 at 3 p.m. in the Porter Meeting Hall at Skidompha Library. The play takes place in a small French village and focuses on one character, a man named Berenger, who watches everyone in his town overtaken by “rhinoceritis,” a sickness that turns one into a rhinoceros. The play serves as an allegory for World War II and the conversion and conformation of many people into anti-Semites and, eventually, Nazis.

The season will end with a rendition of “A Christmas Carol,” starring hometown talent, during the month of December. Dates and times have yet to be confirmed. The performances will benefit a local charity.