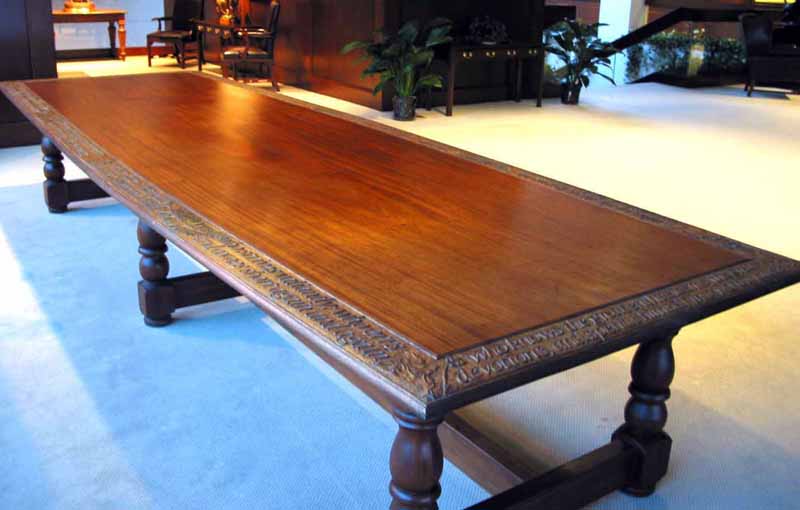 The real life Tiezzis Board, built and carved by Round Pond author Ham Martin, served as the inspiration for Martins latest novel of the same name. (Photo courtesy Mary Martin)

“Write what you know,” is the most frequent advice given to any prospective author. In “Tiezzi’s Board,” Round Pond author Ham Martin took that advice to heart. 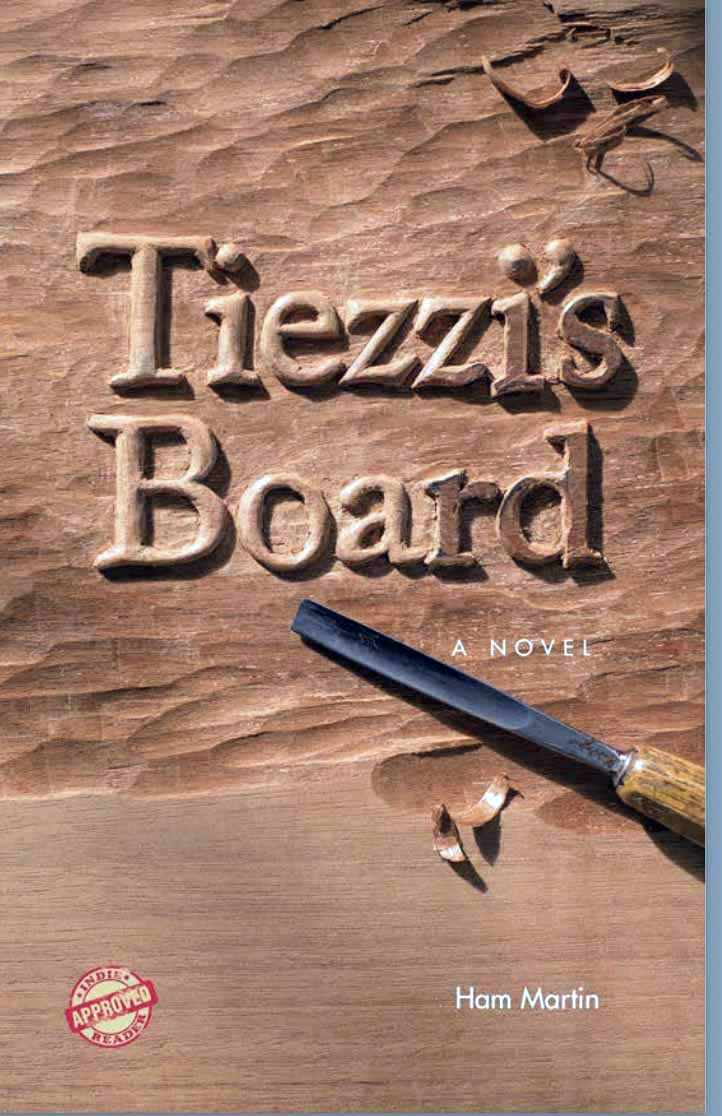 Tiezzis Board, the second novel by Round Pond author Ham Martin, is available for purchase at Shermans book stores as well as Granite Hall in Round Pond. (Photo courtesy Mary Martin)

Prior to moving to Maine full time in 2017, Martin was a woodcarver living in Woodstock, Conn. It was there, in 1995, a serendipitous event led to the crafting of Tiezzi’s Board.

“One day a lumber salesman visited the shop where I was working,” Martin said. “I teased him because his company had just cut me off from culling through their mahogany stacks for boards that were 15 or 16 inches. I needed that width for some big plaques I used to make. The salesman countered by telling me I could buy a really big mahogany board, a board 14 feet by 54 inches, from an old Italian guy in Meriden, Conn.”

According to Martin, the salesman wrote the dimensions and the name Tiezzi on a Post-it note that sat on the author’s bureau for over a year. “When I finally phoned, I was amazed that the board existed – and was for sale,” he said.

Ham Martin considers the board, Tiezzi’s board, one of the most interesting happenings in his life. “The board Giordano Tiezzi sold me had two lives,” Martin said “It became a wonderful carved conference table for a wealthy New York businessman and later became a beautiful fictional story.”

Giordano Tiezzi is deceased but granted permission for his name to be used in Martin’s novel.

Martin, who was one of four finalists for the 2022 Maine Literary Awards for his debut novel, “Talk Radio,” is delighted to have “Tiezzi’s Board” published. He wrote Tiezzi’s Board originally as a screenplay and later turned it into a novel. Unlike “Talk Radio,” “Tiezzi’s Board” is not set in the Midcoast. It takes place on the Connecticut shore in the towns of Saybrook and Old Lyme.

Readers have the opportunity of sampling opening chapters of “Tiezzi’s Board” at Martin’s website, hammartin.com, and can learn what happened to the real Tiezzi board in the book’s afterword.

“Tiezzi’s Board” and “Talk Radio” are available for purchase at Sherman’s Book Stores as well as the Granite Hall Store in Round Pond.