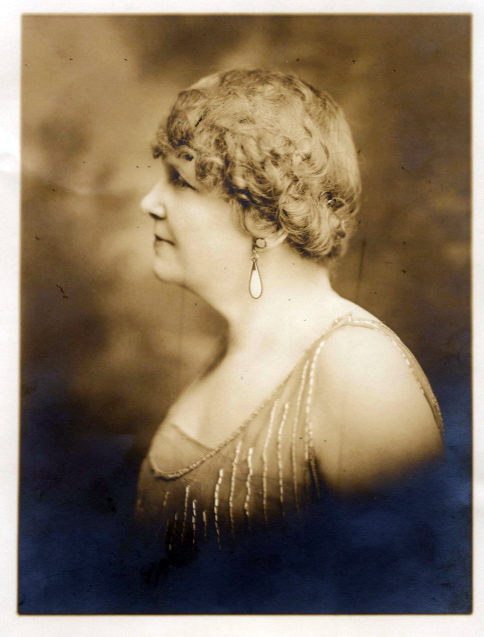 This undated portrait of Maude Clark Gay is part of the Maine Writers Correspondence collection at the Maine State Library. (Courtesy photo)

The long list of talented women writers who called Lincoln County home began well before Maine was even a state. Since the 1700s, this county has been a locus of women novelists, authors, poets, and journalists.

This year Lincoln County Historical Association (LCHA) will celebrate these writers and share some of their stories. From Sally Wood, who published her first novel in 1800, to influential nature writer Rachel Carson, to 21st-century children’s mystery writer Lea Wait and many more, there’s a lot to share.

This month, LCHA is shining the spotlight on Maude Clark Gay.

Born in Waldoboro in 1876, Maude Clark Gay, nee Mayo, began writing at a young age, contributing stories and poems to newspapers and magazines while still a teenager. Her work as a writer led her to serve as president and contributor to publications by the Maine Writers Research Club, and she also was honored with a writing prize from the Maine Federation of Women’s Clubs for her work in the “Trail of the Maine Pioneer” publication.

In addition to her work for those groups, Gay turned out a number of published works.

“The Knitting of the Souls,” published in 1904, was favorably reviewed by The Club Fellow: The Society Journal of New York and Chicago, Volume 6 as “a puritan story with a tang.”

Later, she published a series of short stories titled “Little Romances of Early Maine” (published ca. 1930) that managed to combine her local history with love stories. Though her works are not widely available, some copies can be found at a handful of libraries around the state, including Skidompha Public Library in Damariscotta and in the Maine State Library and with a bit of searching, it’s possible to find her books for sale.

In her story, “The Reward: a tale of the early days of Pemaquid,” she wrote of a young woman living in Pemaquid who opened the door to a knock, finding a handsome stranger who greeted her by saying,

“I was to ask for shelter and food,” he said, “but the sight of such loveliness has made me forget I have not eaten or slept for two days.”

This Valentine’s season, it seems fitting to spotlight this local treasure and writer of love stories. LCHA looks forward to sharing more about Gay and other Women Writers of Lincoln County throughout the coming year.

Programming will be announced in the spring and information will be available on LCHA’s website, lincolncountyhistory.org, and Facebook page, Lincoln County Historical Association (Maine).