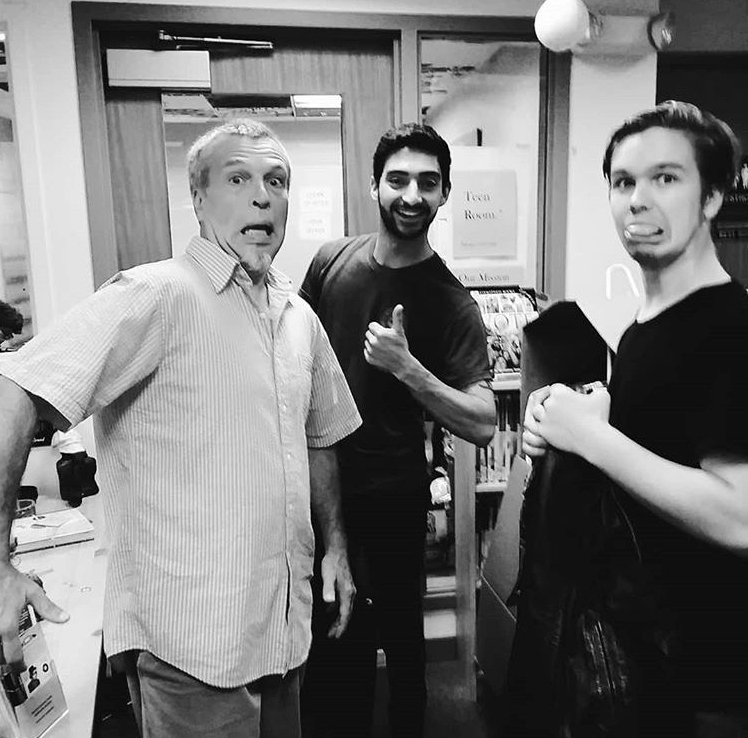 From left: Sumner Richards III, Ryan Tyler, and JohnHenry Eddyblouin backstage at River Company’s “The Taming of the Shrew.”

Performed to full houses last weekend, River Company’s “The Taming of the Shrew,” by William Shakespeare, hath hit the mark with its witty dialogue and zany antics. The cast, headed up by community members Ben Meader as Petruchio and Jessica DeLisle as Katherine, deliver strong and memorable performances, giving the audience plenty to think about when it comes to who is doing the “taming” and the moral of the story.

Director Missie Liu has crafted a tight production that explores today’s gender politics not by providing answers, but asking questions in the complex gray areas in the era of #metoo.

Mike Rowe, in the role of Grumio, Petruchio’s loyal servant, gives a dynamic slapstick-style physical performance that will leave one in stitches. Sumner Richards III is an earnest and good-natured Gremio, and Allison Eddyblouin takes her character Hortensio to a new transgender/gender-fluid place that at once feels traditionally Shakespearean and edgy.

The “lovers” Bianca and Lucentio, played by Annie Leck and Ryan Tyler, are adorable in their naivete. Tranio, the cunning servant of Lucentio, is master of the mistaken identity in a whirlwind performance by JohnHenry Eddyblouin, and River Company members Mitchell Wellman and Christine Tupper play well-developed and pivotal supporting roles — sometimes, in the case of Wellman, playing two characters in the same scene.

The cast is rounded out by newcomers Cally Green, Cynthia Seigars, and Teddy Eddyblouin who fill out the servants, tailors, and townsfolk that make the tapestry of this production feel rich.

Tickets are still available for the final performance weekend, the evenings of Aug. 2 and 4 at 7:30 p.m., with a Sunday matinee on Aug. 5 at 3 p.m.

Tickets are $15 for River Company members and $17 for general admission, with discounts for students, seniors, and families. To reserve, call 563-8116 or go to rivercompany.ticketspice.com/shrew.