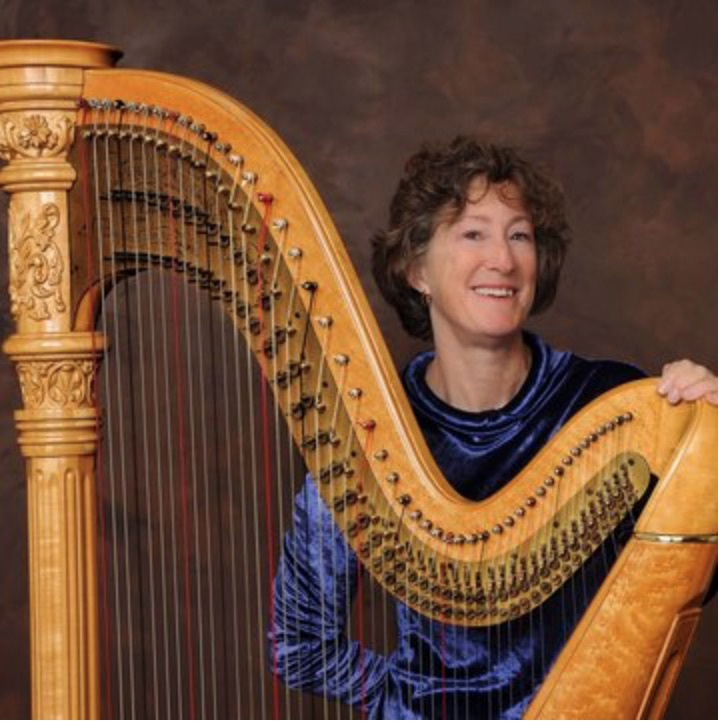 Many Christmas cards include pictures of angels and harps. At the Tapestry Singers’ holiday concert, several of the pieces will feature accompaniment by concert harp, and the audience will get to see this immense, intricate, and magnificent instrument up close.

“Woven in Song: A December Tapestry,” the Tapestry Singers’ annual holiday concert, will be presented at the Newcastle Second Congregational Church in two performances on Saturday evening, Dec. 16 at 7:30 p.m. and Sunday afternoon, Dec. 17 at 4 p.m., under the direction of conductor Beth Preston.

In addition to the heavenly music of the harp, the Tapestry Singers invite audience members to become angels to those in need by bringing donations to the local food pantry, which will be collected at the door. Suggested items include canned vegetables, fruit, chicken, baked beans, tuna, and soups; oatmeal and baking mixes; cooking oils; and household cleaners.

As for the concert’s music, along with the concert harp, played by Alna resident Suki Flanagan, the audience will be treated to the sound of the oboe played by Kristen Fox, of Falmouth; Southport’s Marcus Hutchins on flute; Dave Martin, of Bremen, on guitar; and Sean Fleming on keyboards.

Of course, when attending a choral concert, the audience expects to hear vocal music, and all but one of the pieces in the concert feature voice. Four vocal soloists will be highlighted: Sarah Orandello and Jenny Brown, sopranos; Heather Elowe, alto; and John Strong, tenor.

Steeped in holiday atmosphere, the concert includes traditional favorites and modern compositions, and includes several spirituals, a carol sung in Norwegian, and two Hanukkah songs sung in Hebrew. The Tapestry Singers will close the concert by encircling the audience in a candlelit rendition of “Silent Night, Holy Night.”

Now in its 27th year, the Tapestry Singers group is an auditioned amateur group, but the music it tackles is often sophisticated and unusual. Ranging in age from high school to retirement, the members share a love of music, harmony, challenges, and camaraderie.

Tickets purchased at the door for the concert are $15 for adults, and no charge for students. To purchase tickets in advance, go to tapestrysingersmaine.org/tickets. There is a $1 handling charge added to tickets bought online.