Audiences have raved about “Maiden,” so we are holding it over for one more week, through Wednesday, Aug. 28, with two shows that day, at 2 and 7 p.m.

Come see this thrilling story of how Tracy Edwards, a 24-year-old cook in charter boats, became the skipper of the first-ever all-female crew to enter the Whitbread Round the World Race in 1989. Tracy’s inspirational dream was opposed on all sides: her male competitors thought an all-women crew would never make it, the chauvinistic yachting press took bets on her failure, and potential sponsors rejected her, fearing they would die at sea and generate bad publicity.

But Tracy refused to give up: she remortgaged her home and bought a secondhand boat, putting everything on the line to ensure the team made it to the start line. Although blessed with tremendous self-belief, Tracy was also beset by crippling doubts and was only able to make it through with the support of her remarkable crew. With their help, she went on to shock the sport world and prove that women are very much the equal of men.

“A taut, gripping documentary about one young woman’s dream,” said Moira MacDonald, of The Seattle Times. “Maiden” is rated PG and runs an hour and 37 minutes.

‘We Were an Island’ 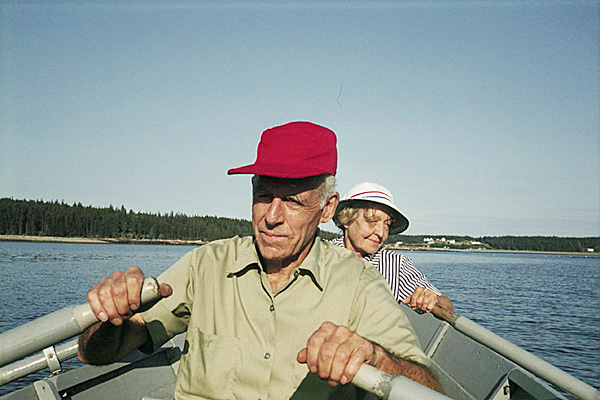 This is the Midcoast premiere of a short made-in-Maine film. There will be an introduction by director Peter Logue and screenwriter Jahn Sood, with a Q&A session afterward.

A preshow reception will be hosted by Eventide Specialties at 6:30 p.m.

There will be one show only!

Filmmaker Logue grew up on Mount Desert Island hearing the stories and myths passed down over the years about Art and Nan Kellam. For 36 years, with no transportation other than an oar-powered dory, no electricity, and no telephone or two-way radio, they lived together and alone on Placentia Island in a house they built themselves.

The film was inspired by the 2010 book of the same name by Peter P. Blanchard III, a longtime Mount Desert summer resident who was friends with Nan Kellam and was given access to the Kellams’ journals and other writing.

Blanchard met Nan Kellam in the late 1980s, shortly after Art Kellam’s death in 1985. She had donated the island, which the couple bought in 1949, to the Nature Conservancy, and Blanchard was working for the group as a volunteer island caretaker. Nan Kellam died in 2001. The film tells an intriguing story of one couple’s commitment to the choices they made, to each other, and to their relationship with nature.

The Harbor Theater is open 7 days a week, with a 2 p.m. matinee on Sunday.