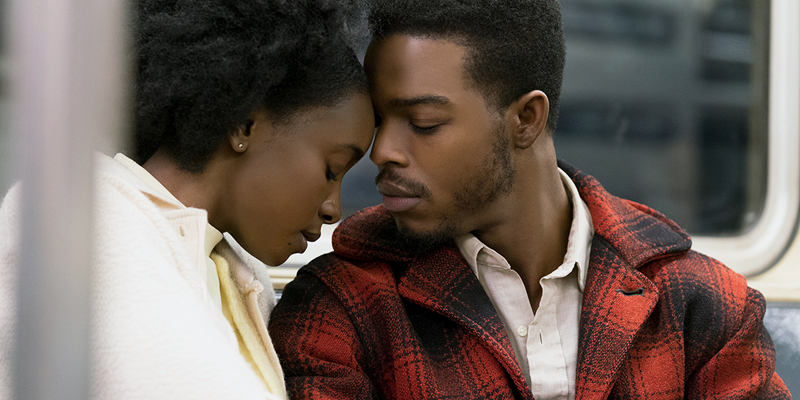 KiKi Layne and Stephan James in “If Beale Street Could Talk,” playing this week at Harbor Theater.

A lovable look back at Laurel and Hardy, one of the world’s great comedy teams, as they set out on a variety hall tour of Britain in 1953.

Diminished by age and with their golden era as the kings of Hollywood comedy behind them, they face an uncertain future. “It is their bright innocence that is one of the reasons it is a film for right now,” said producer Faye Ward. “Half the audience is crying and then laughing just because it is incredibly clever but simple at the same time. I think we really need a bit of that at the moment.”

“It is simply terrific — an understated but smartly told crowd-pleaser about the legendary comedy duo in their last act,” said the Associated Press.

Pablo Picasso is one of the greatest artists of all time – and right up until his death in 1973 he was the most prolific of artists.

The film explores his early career and explains how this young artist acquired his craft. Looking carefully at two key early periods – the so-called Blue Period and the Rose Period – the film takes us all the way to 1907 and the creation of a critical painting in the history of art, “Les Demoiselles d’Avignon.” It was a painting that shocked the art world but changed it irrevocably. Picasso was only 25 years old.

Working closely with all three Picasso museums, in Malaga, Barcelona, and Paris, this film explains how Picasso rose to great heights.

‘If Beale Street Could Talk’

Regina King has already won a Golden Globe Award and is an Oscar nominee for Best Supporting Actress in “If Beale Street Could Talk.” Barry Jenkins (“Moonlight”) has won an Oscar nomination for Best Adapted Screenplay.

Based on a novel by James Baldwin, the drama is set in early-1970s Harlem. It’s a timeless and moving love story of both a couple’s unbreakable bond and an African-American family’s empowering embrace, told through the eyes of 19-year-old Tish Rivers. A daughter and wife-to-be, Tish vividly recalls the passion, respect, and trust that connected her and her artist fiance, Fonny. Friends since childhood, the devoted couple dream of a future together but their plans are derailed when Fonny is arrested for a crime he did not commit.

“If Beale Street Could Talk” honors the author’s prescient words and imagery as the filmmaker poetically crosses time frames to show how love and humanity endure.

“This movie works as a timeless romance, a family drama, a legal thriller, and a poignant social commentary. A great American novel has been turned into a great American film,” said the Chicago Sun-Times.

Valentine’s Day treat: “Last Chance Harvey,” with Dustin Hoffman and Emma Thompson,” plays on Thursday, Feb. 14 at 4 p.m. Complimentary refreshments will be offered starting at 3:30 p.m. The event is free to members. Nonmembers are $10.