Based on the classic Dr. Seuss classic story, “The Grinch” lives a solitary life inside a cave on Mount Crumpet with only his loyal dog, Max, for company. With a cave rigged with inventions and contraptions for his day-to-day needs, the Grinch only sees his neighbors in Whoville when he runs out of food. When the Whos declare they are going to make Christmas three times bigger this year, the Grinch realizes there is only one way for him to gain some peace and quiet: he must steal Christmas. To do so, he decides he will pose as Santa Claus on Christmas Eve, even going so far as to trap a lackadaisical misfit reindeer to pull his sleigh.

Meanwhile, down in Whoville, Cindy Lou Who, a young girl overflowing with holiday cheer, plots with her gang of friends to trap Santa Claus as he makes his Christmas Eve rounds so that she can thank him for help for her overworked single mother. Will Cindy Lou achieve her goal of finally meeting Santa Claus? Will the Grinch succeed in silencing the Whos’ holiday cheer once and for all? 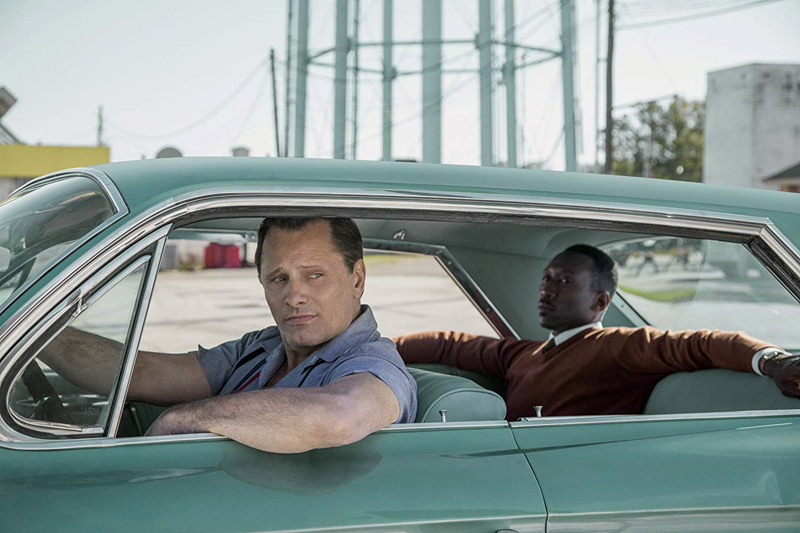 Viggo Mortensen and Mahershala Ali star in “Green Book,” based on a true story, playing this week at Harbor Theater.

Viggo Mortensen plays an Italian-American bouncer from the Bronx who is hired to drive Dr. Don Shirley (played by Mahershala Ali), a world-class African-American pianist, on a concert tour from Manhattan to the Deep South. They must rely on “The Green Book,” a guide to the few establishments that were then safe for African-Americans. Confronted with racism and danger — as well as unexpected humanity and humor — they are forced to set aside differences to survive and thrive on this difficult journey.

‘Green Book’ has won numerous awards, including the People’s Choice Award at the Toronto International Film Festival and Best Film by the National Board of Review.

“Witty and warm as cashmere, ‘Green Book’ is a two-hander in which both stars soar with humor and heart.” — The Observer

“Oscar-caliber performances — audiences will be rightly cheering this hilarious and heartfelt true story of a black musician and his racist driver on a 1960s tour of the Deep South.” — Rolling Stone magazine