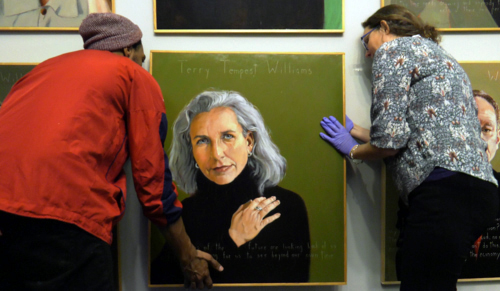 In anticipation of Martin Luther King Jr. Day, Damariscotta’s Lincoln Theater is pleased to bring “Truth Tellers,” to the big screen on Thursday, Jan. 13 at 7 p.m. and Friday, Jan. 14 at 2 p.m.

A new documentary film from veteran Maine filmmaker Richard Kane, “Truth Tellers” dives into the lives of courageous Americans fighting for racial justice, climate change, and indigenous rights through the eyes of Robert Shetterly, a longtime activist and artist. Kane and Shetterly will take to the Lincoln Theater stage for a live talk-back following the Thursday evening screening.

For Shetterly, a great American is a citizen who courageously confronts issues of social, environmental, and economic fairness. Shetterly has painted 250 portraits of such Americans, past and present, with a quote inscribed into the dark background. These “Americans Who Tell the Truth,” among which are Bayard Rustin, Bill McKibben, Kelsey Juliana, Rev. Lennox Yearwood, Sherri Mitchell, Maulian Dana, Bill Bigelow, Zyahna Bryant, Bree Newsome Bass, Fannie Lou Hammer, John Lewis, Rev. Martin Luther King Jr., Reggie Harris, and others, have been exhibited throughout the United States for almost two decades.

“Truth Tellers” is both a story of Shetterly’s art and activism and a history lesson in what it means to be a citizen of a democracy. In bringing Shetterly’s message to a wide audience, “Truth Tellers” intends to spark a national conversation on truth telling. 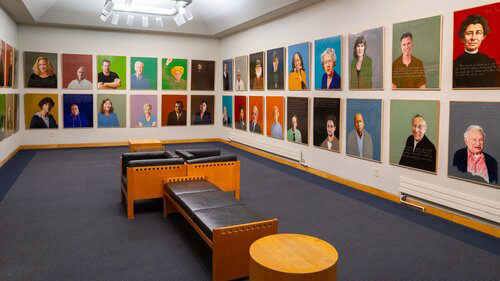 “Truth Tellers,” which premiered at the virtual Camden International Film Festival this past September, comes to the big screen at Lincoln Theater from director, producer, and cinematographer Kane. Since moving to the coast of Maine in 1998, Kane-Lewis Productions, Kane’s full-service media production company, has been focused on the intersection of art and contemporary life making a series of now 19 films on great American artists which screen at top museums, universities and festivals around the world. With partner Melody Lewis-Kane, he has worked for National Geographic, The Discovery Channel, the Kennedy Center for the Performing Arts, and the White House Office of Technology Policy, among many others. Recognition also goes to “Truth Tellers” writer, Judith Dwan Hallet, and contributor of additional cinematography, Bob Elsfrom.

Lincoln Theater is located at 2 Theater St. in Damariscotta. Tickets for “Truth Tellers” are $8 for adults and $6 for Lincoln Theater members and youth ages 18 and under.

Tickets are available for purchase in advance through the online box office at lincolntheater.net and are available at the door beginning 30 minutes before showtime. Given current guidelines, patrons are strongly encouraged to wear a mask at all times when enjoying events at Lincoln Theater.