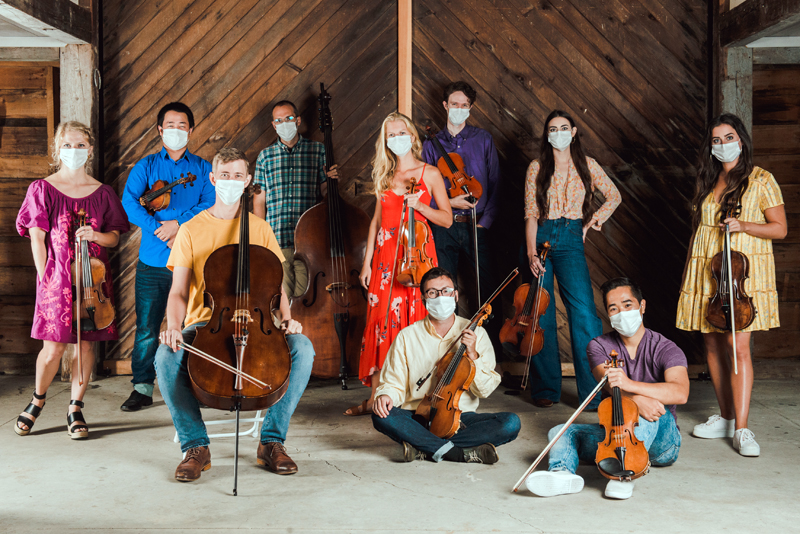 The Waldo Theatre, which has been closed since 2014 and under renovations for the past three years, celebrates a virtual reopening Thursday, Nov. 12 at 7 p.m. with a Palaver Strings concert live-streamed from the Waldo’s stage.

Because the Waldo is not yet open to the public, there will be no audience in the theater. The performance will be captured in real-time by a technical “stream team” with the use of a new three-camera system and a streaming computer designed for this purpose. Audience members can make online donations in advance of the concert to receive the YouTube online viewing link.

Palaver Strings’ performance will feature a selection of pieces that defines the musical roots of each musician in the group. Featuring everything from opera arias to jazz to indie rock, this program celebrates the diverse musical influences that each musician brings to their Portland-based group and the sounds that make Palaver who they are.

Palaver Strings is a musician-led string ensemble and nonprofit organization whose mission is to strengthen and inspire community through music. Waldo audience members might recognize several of these talented artists, many of whom grew up in the Midcoast. The group regularly performs at Bay Chamber Concerts, where several members also teach. This performance will feature Josie Davis, Maya French, Kiyoshi Hayashi, Ryan Shannon, Brianna Fischler, Lysander Jaffe, Elizabeth Moore, and Matthew Smith, along with guest musicians Sophie Davis, Stephanie Chen, Drake Driscoll, and Nate Varga.

“Sharing and communicating online, which has become a necessity during the pandemic, offers us exciting ways to connect audiences with our programming now and into the future,” said Waldo Executive Director Kate Fletcher. “While we were making technology upgrades this summer, we decided to invest in a streaming system in order to engage our community and also expand our reach. Even when we can gather again in person, these cameras will bring the Waldo to those not able to join us at the theater.”

Tickets are “pay what you can” after a small fee, with a suggested donation of $30. Proceeds enable theater to support performing artists and assist with the completion of renovations.

Guests may register online at shorturl.at/eivAQ.