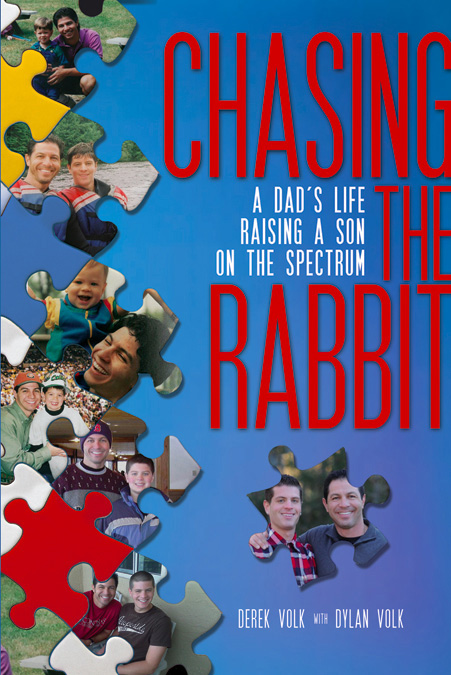 The Friends of the Waldoboro Public Library will host a presentation by Derek Volk, bestselling author of Chasing the Rabbit: A Dads Life Raising a Son on the Spectrum.”

The Friends of the Waldoboro Public Library are offering a free online presentation by Derek Volk, bestselling author of “Chasing the Rabbit: A Dad’s Life Raising a Son on the Spectrum” at 6:30 p.m. on Tuesday, Jan. 12.

Volk is the author of the internationally acclaimed Amazon bestseller “Chasing the Rabbit: A Dad’s Life Raising a Son on the Spectrum.” Volk is a Maine businessman, supporter of autism awareness, volunteer, and philanthropist who, along with his family, was named the 2015 Spurwink Humanitarian of the Year. He is currently the president and owner of Volk Packaging Corp., a third-generation, family-owned corrugated box manufacturer in Biddeford.

Volk and his son, Dylan, have been traveling the country sharing their story since the book was published. They have presented over 100 times with people from Maine to Washington and 22 states in between. Volk’s company currently employs several people who are on the autism spectrum.

In 2018, Dylan released a sequel called “Bad Choices Make Good Stories: My Life with Autism.” Dylan’s book won the Gold Medal award from the prestigious Mom’s Choice Awards and was listed as one of the best books of 2018 by the New England Book Fair.

Dylan, Volk’s oldest child and his only son, was 2 years old when his mom suggested something was not quite right with Dylan. The family struggled for the next several years as they were bounced from one expert to another, each offering a unique perspective on Dylan’s challenging behaviors. Finally, at 8 years old, Dylan was diagnosed with Asperger’s syndrome and the Volk family was able to start making sense of Dylan’s differences.

In “Chasing the Rabbit: A Dad’s Life Raising a Son on the Spectrum,” Volk shares his experiences raising a son on the autism spectrum. Both Dylan and Derek Volk write about the challenges, triumphs, and coping strategies from the early days to the adolescent years to life in the “real world” as a young adult. The book showcases the unique relationship between a father and his son who has spent his entire life chasing the rabbit.