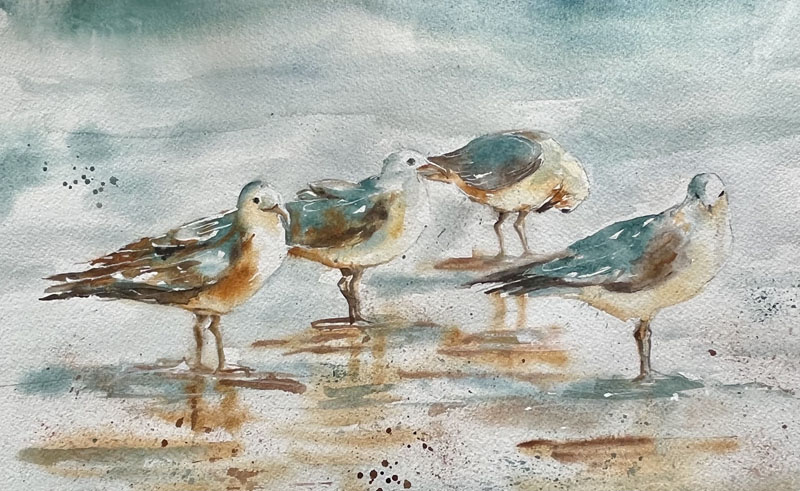 The watercolors and oil paintings of New Harbor artist Peggy Farrell are now on display at the Bristol Area Library through early March. 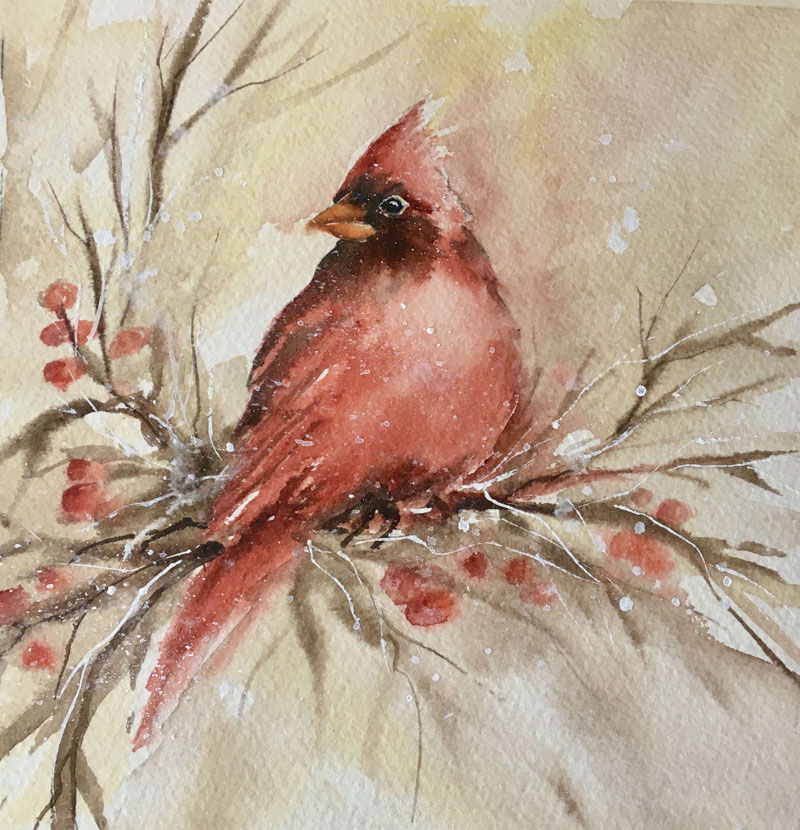 Farrell has painted in oils and spent a number of years studying decorative and tole painting techniques, but it is watercolor that has evolved as her favorite and most natural medium.

Maine is Farrell’s primary source of inspiration. She finds endless artistic stimulation by the coastal harbors, in the rolling farmlands, in the small villages, and in the changing seasons. She does most of her painting in her potting shed studio behind her New Harbor home. Farrell’s work is represented in private collections in Pennsylvania, New Jersey, New York, California, and New England.

Farrell was juried into permanent membership in the Pemaquid Group of Artists in 2009. She serves on the board of directors of the Pemaquid Group of Artists and functioned for five years as gallery manager. Her work can also be seen at River Arts Gallery in Damariscotta and at other local seasonal shows. Farrell’s designs have been featured in many note cards sold locally. She is also a co-chair of the Miles Hospital League’s Art Committee.

Farrell’s art can be viewed during regular library hours. Located at 619 Old County Road, near the intersection of Route 130 in Bristol, the Bristol Area Library is open Mondays, Wednesdays, and Fridays, 10 a.m. to 5 p.m., Thursdays 2-5 p.m., and Saturdays 10 a.m. to noon. For more information call 677-2115, email libra@msln.net, or go to bal.tidewater.net.