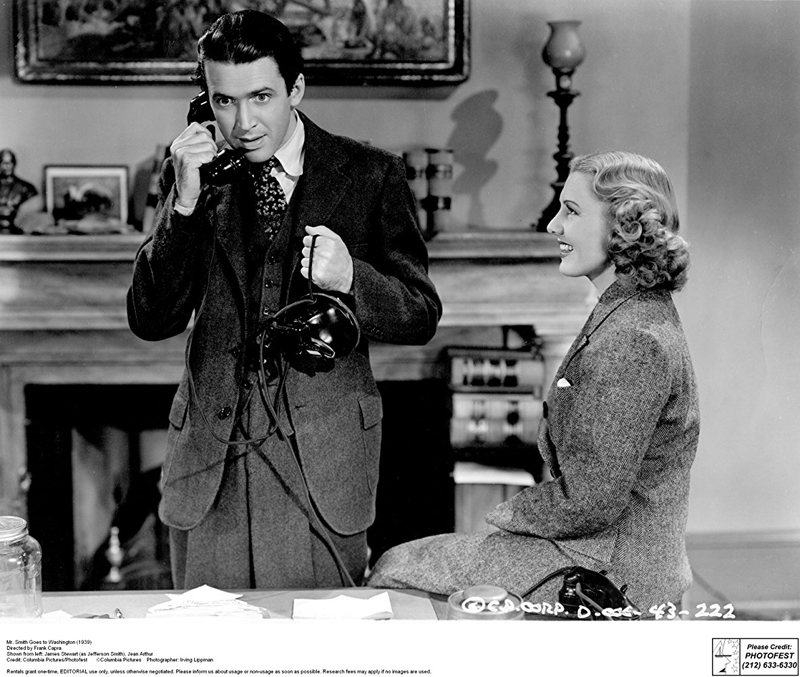 James Stewart and Jean Arthur star in “Mr. Smith Goes To Washington,” which plays at Harbor Theater on Oct. 19 and 20.

Frank Capra’s classic comedy-drama “Mr. Smith Goes to Washington” established James Stewart as a lead actor in one of his finest and most archetypal roles.

When the idealistic young Jefferson Smith (played by Stewart) winds up appointed to the United States Senate, he gains the mentorship of Sen. Joseph Paine (Claude Rains). However, Paine isn’t as noble as his reputation would indicate, and he becomes involved in a scheme to discredit Smith, who wants to build a boys campsite where a more lucrative project could go. Determined to stand up against Paine and his corrupt peers, Smith takes his case to the Senate floor.

“Mr. Smith” competed with “Gone with the Wind” and “The Wizard of Oz” in a year of famous movies and won only a single Oscar, but it got more popular as time went on and Washington stayed the same.

Thursdays and Fridays: all matinee seats are $6.

‘The Trip to Spain’ 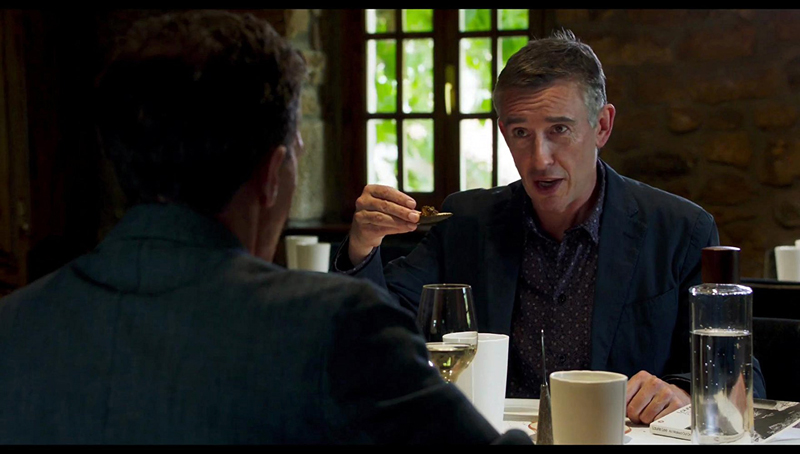 Steve Coogan (right) in a scene from “The Trip To Spain,” playing this weekend at Harbor Theater.

After jaunts through northern England and Italy, Steve Coogan and Rob Brydon embark on another deliciously deadpan culinary road trip. This time around, they head to Spain to sample the best of the country’s gastronomic offerings in between rounds of their hilariously off-the-cuff banter. Over plates of pintos and paella, the pair exchange barbs and their patented celebrity impressions, as well as more serious reflections on what it means to settle into middle age. As always, the locales are breathtaking, the cuisine to die for, and the humor delightfully devilish.

“The scenery is strikingly beautiful and the food will make your mouth water,” said Bruce Demara of the Toronto Star.

Harbor Theater will show “Casper” on Saturday, Oct. 28 at 10 a.m. All children ​must be accompanied by an adult. Tickets are $6 for both adults and children. Membership discounts do not apply. Free Halloween treats for children will be handed out after the show. “Casper” is the tale of a young girl who inherits a house in Maine inhabited by three ​mischievous​ ghosts and one ​friendly one.

The new, nonprofit Harbor Theater offers first-run movies, independent films, documentaries, and classics. First-run movies will be shown Friday, Saturday, Sunday, and Wednesday. The theater is closed Monday and Tuesday in the off-season. Documentaries, independent films, and classics are shown on Thursday at 2 p.m. and 7 p.m. and Friday at 2 p.m. Ticket prices have been reduced to $10 for adults and $8 for children up to age 18. Theater members get a $2 reduction off the regular ticket price.

All tickets for Thursday and Friday matinees are $6. Membership discounts do not apply.