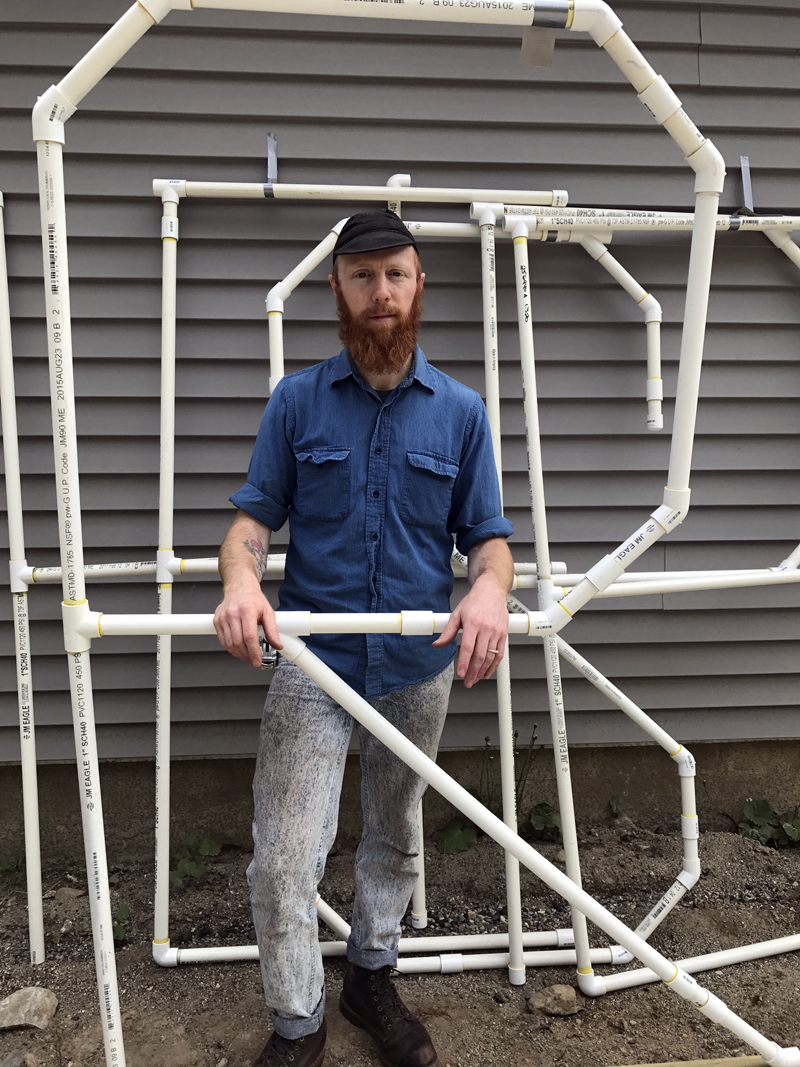 In 1998, an enormous pile of charred and decaying wood that was the remains of a beautiful four-masted schooner named the Hesper was taken from the Wiscasset waterfront, where it had sat since 1932, to the dump. It was a rather unceremonious end for a boat that was state-of-the-art when it was built in the late 1910s. The Luther Little, the also-decaying schooner that sat in the water next to the “Hesper” all those years – and fell victim to the same vandals and pillagers – ended up in the landfill as well.

Wiscasset artist Nick Dalton, who studied art at the School of the Museum of Fine Arts in Boston, was a teenager when the Hesper and the Luther Little were hauled off. Today, the 35-year-old is paying homage to one of those glorious schooners, the Hesper, with a large piece of public art he will install at the Recreational Pier in Wiscasset over Memorial Day weekend. “Hesper,” as the sculpture is called, is constructed of “insulated pipe covered in a white, weatherproof PVC jacket,” as Dalton described it in his proposal to the Wiscasset Board of Selectmen in December of last year. The piping spells out “Hesper” in capital letters, with the “r” in “Hesper” culminating in a public drinking fountain that is tied into the potable-water line that supplies QT’s Ice Cream Parlor.

Dalton’s art project is entirely funded by a grant from The Kindling Fund in Portland, which “supports the energy of Maine’s visual arts community by funding innovative, artist-organized projects that engage the public in ways that are both inventive and meaningful,” according its website, kindlingfund.org. Among the criteria The Kindling Fund values are “experimentation” and “unconventional engagement.”

“I think it’s a very interesting word, first of all,” said Dalton of his decision to make a sculpture of the word “Hesper.” “It’s a great name, an interesting word, and more of a practical size than ‘Luther Little.’” 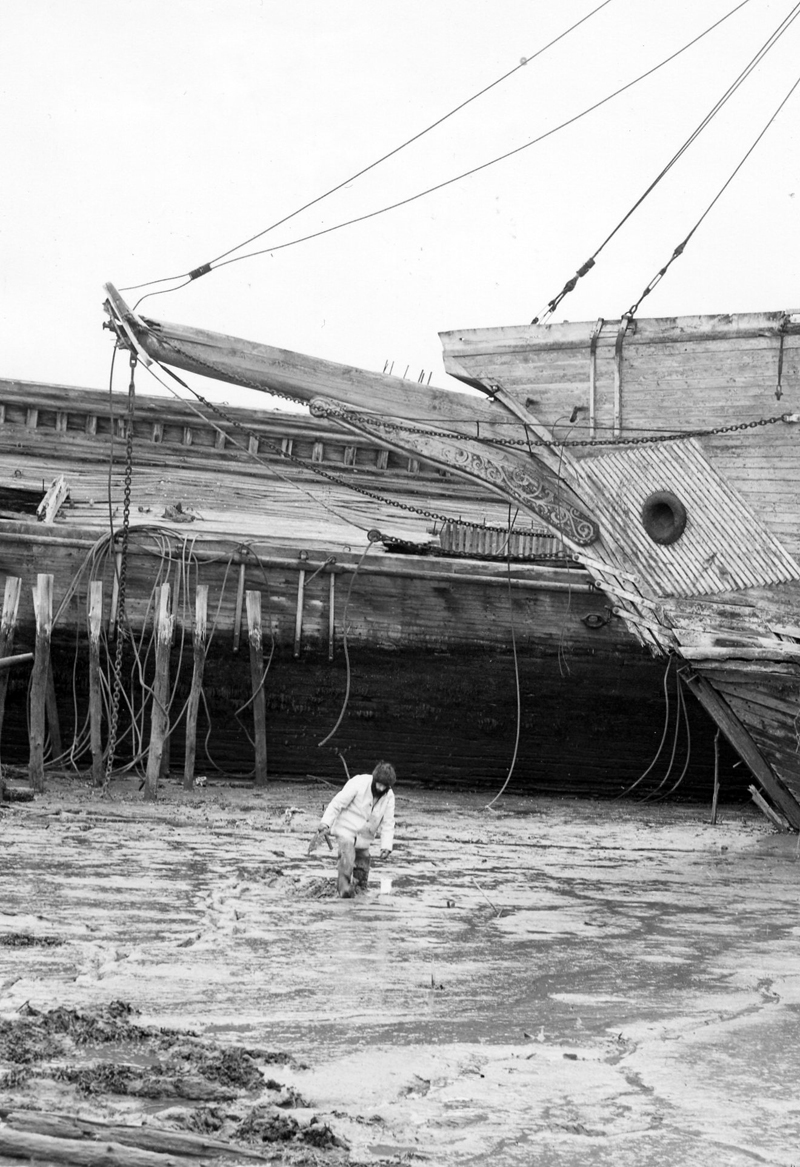 The Hesper (left) as it looked in 1977 sitting alongside the Luther Little on the bank of the Sheepscot River in Wiscasset. (LCN file photo) 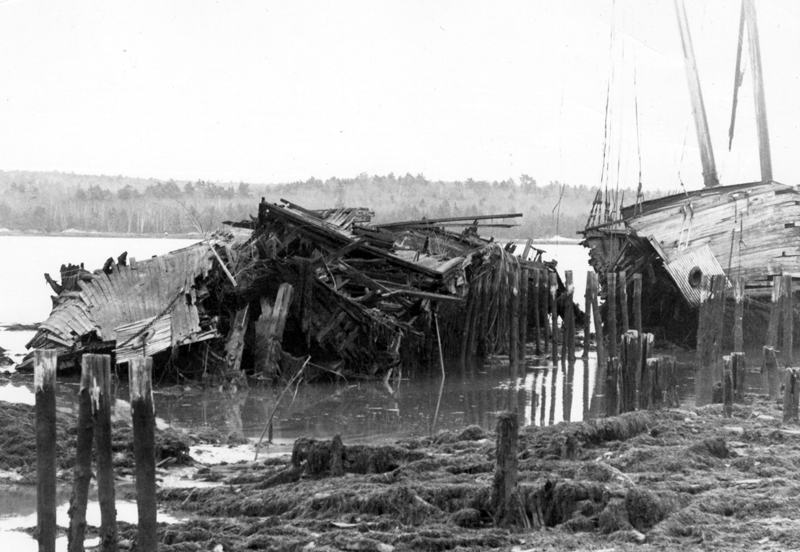 The Hesper, a four-masted schooner built in the early 1900s, appears as a pile of picked-over rubble on the Wiscasset waterfront in this 1990 photograph. At right is the Luther Little. (LCN file photo)

Dalton will include an informational placard at the site of his sculpture to explain the project and give a history of the two ships, he said. “I hope that people will walk up to it, take a drink, and think of the things that used to be in the harbor – and the future of it as well. That’s kind of the general idea.”

Dalton acknowledges that the drinking fountain “won’t stay, but maybe it will spark a conversation about having something like that exist” in Wiscasset, as there are no public drinking fountains in the town of Wiscasset, “except for one in the men’s restroom at that pier,” Dalton said.

He said that he also wants to “make people think about how investments pay off. What would the payoff be today if the money had been invested in restoring those schooners? Imagine the traffic today if those were still there. It’d be great!”

The official opening ceremony for Dalton’s public sculpture will coincide with the first Wiscasset Art Walk on Thursday, June 29. “Hesper” will remain up through the month of October.