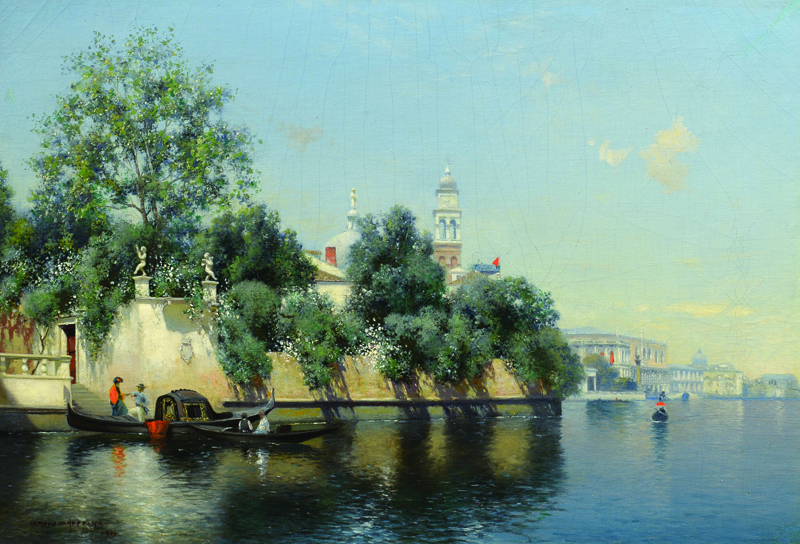 Many American artists came to the New England coast to capture its untamed beauty or sail its vast, meandering shoreline dotted with islands.

Such was the case with Chicago-born artist, Emily Muir (1904-2003), who settled in Stonington with her husband, the sculptor William Muir. Together the two artists utilized paint and granite to depict the essence of Maine coastal life in the mid-twentieth century. Emily Muir’s “Fox Island” appears deceptively simple with its clean, bold forms and colors, but closer observation reveals her keen eye at work exposing in nuanced hues the rugged boulders and sharply articulated islands that give Maine its distinctive character. 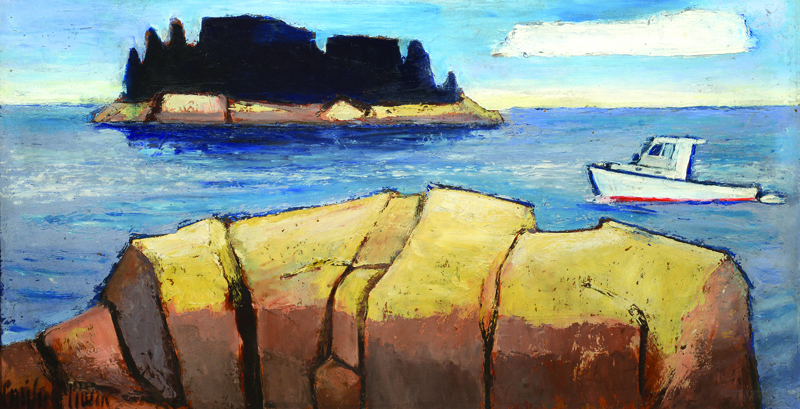 Warren Sheppard (1858-1937) was another American artist who drew his artistic inspiration from sailing trips to Maine, as well as travels to Europe made from 1888 to 1893. Sheppard’s lifetime exploration of the play of light on water is no more evident than in his depiction of a Venetian lagoon in “Venice.” Calm, sparkling water reflects the sunlit Italian architecture and foliage as elegantly dressed figures step into a gondola.

“American Artists Here and Abroad” will continue at the Wiscasset Bay Gallery, located at 67 Main St., through August 7.