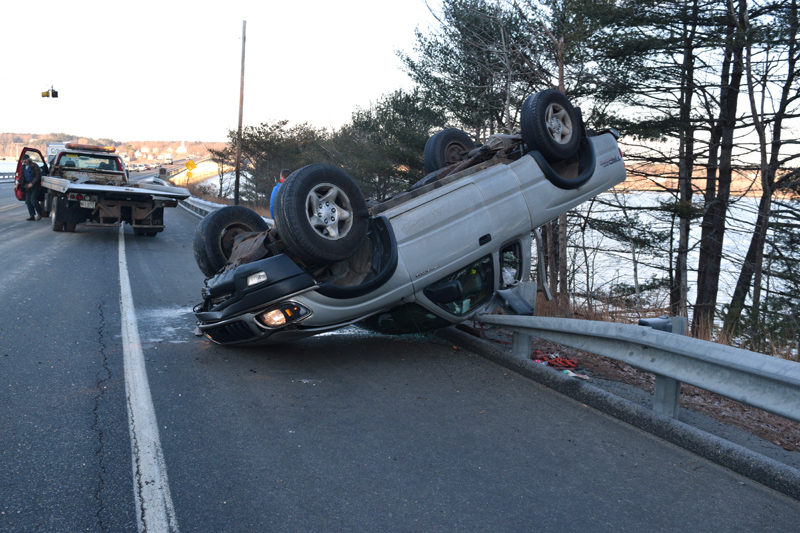 A 2004 Toyota Tacoma at rest on a guardrail on Route 1 in Edgecomb the morning of Monday, Dec. 10. The driver was not hurt, according to authorities. (Jessica Clifford photo)

A Boothbay Harbor man was not hurt when the pickup truck he was driving rolled over on Route 1 in Edgecomb the morning of Monday, Dec. 10.

Samuel Witt, 30, of Boothbay Harbor, was driving a 2004 Toyota Tacoma north on Route 1, just north of the Donald E. Davey Bridge, at about 7:30 a.m. when he encountered black ice and lost control of the vehicle, according to Lincoln County Sheriff’s Deputy 1st Class Brian Collamore. The truck crossed the southbound lane, rolled over, and came to rest on a guardrail.

Edgecomb Fire Chief Roy Potter said Witt was out of the vehicle when he arrived at the scene.

Collamore described the pickup’s tires as “marginal at best” and said they could have been a factor. 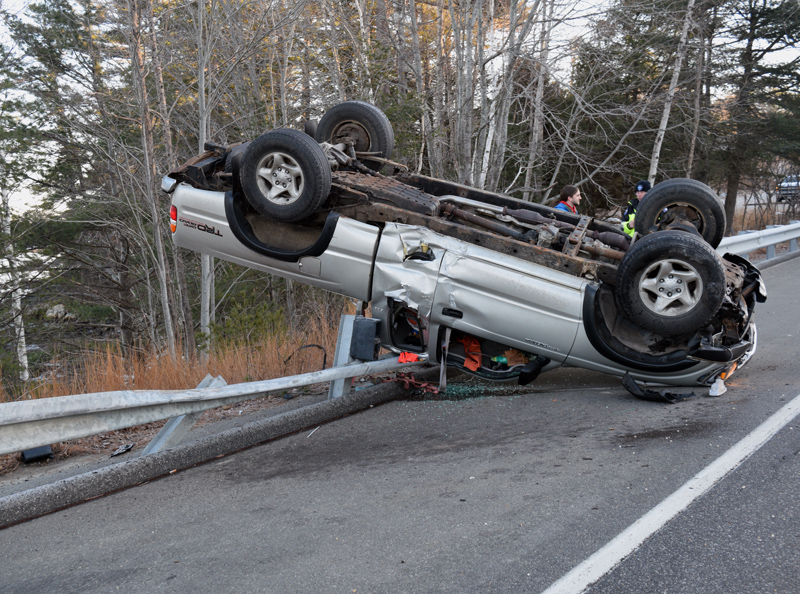 Black ice was a factor in a pickup rollover on Route 1 in Edgecomb the morning of Monday, Dec. 10, according to police. (Jessica Clifford photo)

Witt was wearing his seat belt. The truck’s air bag did not deploy, Collamore said. No further investigation is pending.

The accident slowed traffic during the morning commute, with one lane open to alternating traffic.

The Edgecomb Fire Department, Edgecomb First Responders, and Lincoln County Sheriff’s Office responded to the scene, which was cleared by about 8:30 a.m. Blagden’s Garage towed the vehicle.

Collamore said the Maine Department of Transportation was called because of the damage to the guardrail.