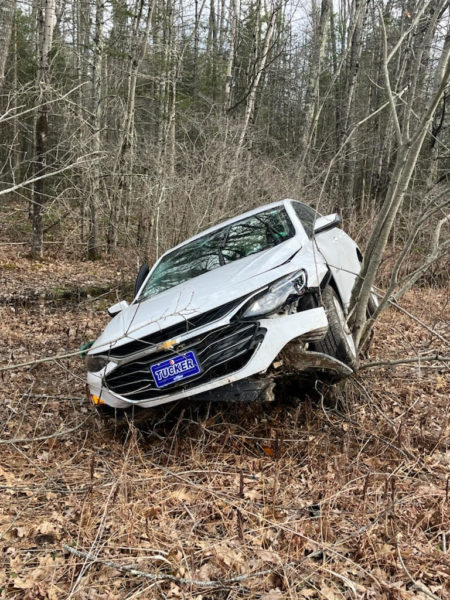 The driver of a 2019 Chevy Malibu is uninjured after falling asleep while driving north on Route 1 in Nobleboro the afternoon of Friday, April 22.

Caleb Barter, 21, said he fell asleep driving to his home in Friendship from work. The car left the road by about 300 feet and crashed into two trees where it became stuck on its side. Barter was alone in the car at the time of the crash.

Multiple drivers called in the crash, according to Sgt. Matthew Day of Lincoln County Sheriff’s Office.

Alcohol and drugs are not suspected in the crash, Day said.

Nobleboro and Damariscotta fire departments responded to the scene, along with LCSO.

(Story will be updated as more information becomes available.)