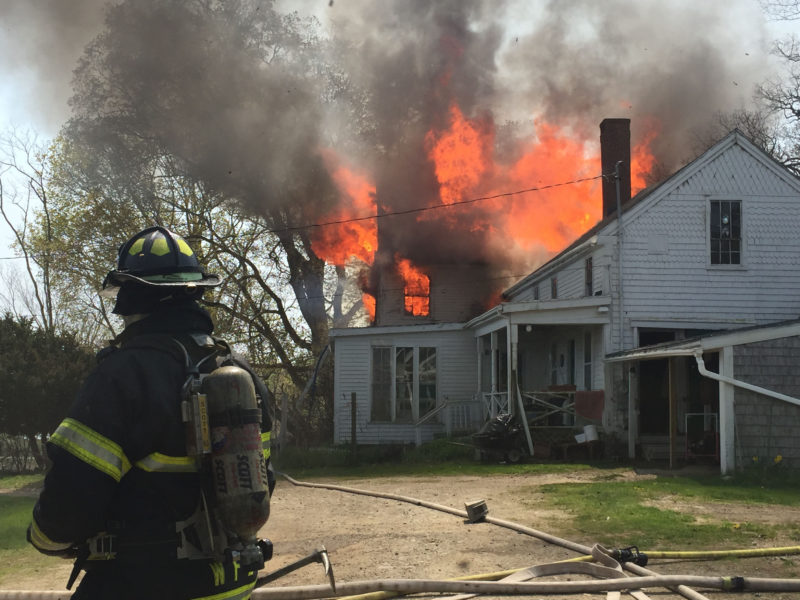 A fire claimed one of Sheepscot’s oldest homes at 38 South Dyer Neck Road the afternoon of Thursday, May 12.

There were people inside the home when the fire started, according to Newcastle Fire Chief Clayton Huntley. Those inside made it out safely with no reported injuries, Huntley said. 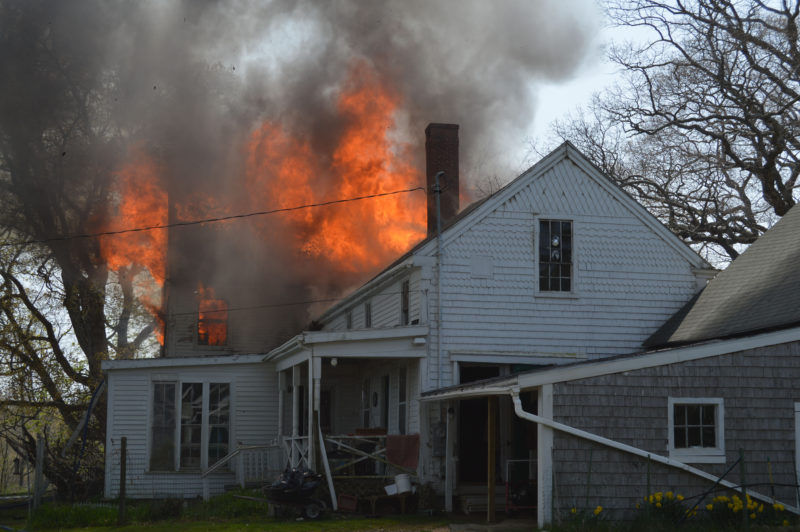 Fire tears through the roof of the house at 38 South Dyer Neck Road in Newcastle on Thursday afternoon, May 12. The cause of the fire is undetermined, according to the Maine State Fire Marshals Office. (Maia Zewert photo)

Some of the homeowner’s pets are believed to have been lost in the fire, Huntley said.

The Maine State Fire Marshal’s Office arrived on the scene Thursday afternoon as firefighters worked to extinguish the fire. Fire Investigator Mary MacMaster said the cause of the fire is undetermined. 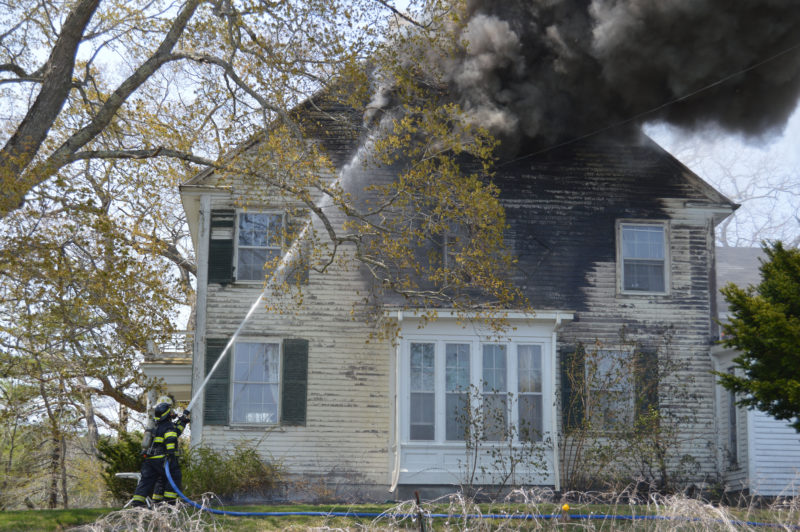 “The damage to the building is extensive, and we were unable to make a determination of the origin or cause,” MacMaster said.

The Lincoln County Communications Center paged the Newcastle Fire Department to the scene at 12:44 p.m. Thursday. The dispatcher said a caller reported seeing flames from across the river. The property lies between the Dyer and Sheepscot rivers.

The Damariscotta, Nobleboro, and Wiscasset fire departments were paged out shortly thereafter to provide mutual aid and station coverage.

Firefighters took a defensive approach to the fire, Huntley said. Flames were visible on what Huntley believed was the third floor of the main building.

“It wasn’t fully involved when we got there, however, signs indicated that it would be soon,” Huntley said. 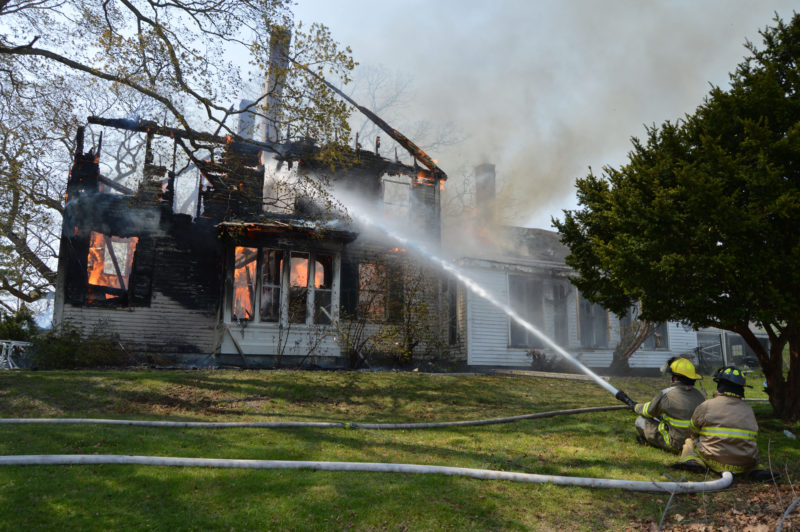 Firefighters attempted entry into the building, but had to be pulled out due to safety concerns, Huntley said.

The crews faced many challenges in fighting the fire. Huntley said the wind blew in the direction of the house. A tanker shuttle was set up to transport water from West Old County Road to the scene.

Firefighters from Newcastle, Damariscotta, Nobleboro, Wiscasset, Edgecomb, Alna, Boothbay, and Bristol either responded to the scene or provided station coverage.

“Our mutual aid agreements are fantastic, especially on daytime calls,” Huntley said. “It’s one of the reasons we’re able to survive.” 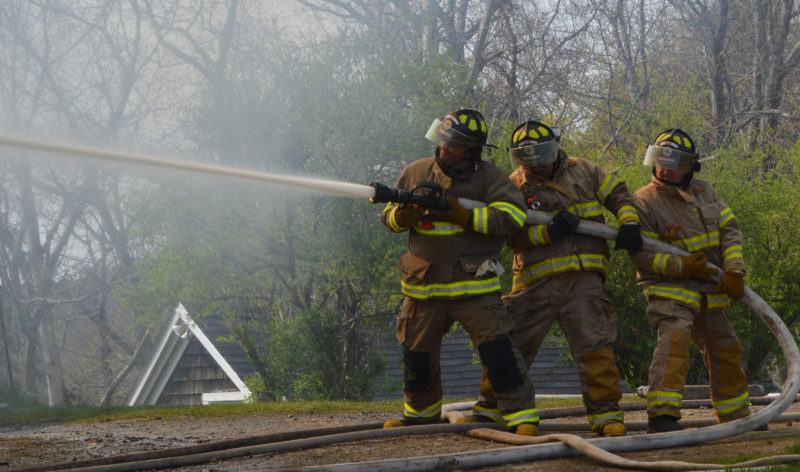 The Lincoln County Sheriff’s Office provided traffic control and checked on the scene throughout the night, Huntley said.

Huntley said the house, which he believes to be one of the original homes in Sheepscot, was a total loss. Firefighters were able to prevent the fire from spreading to a barn on the property.

Firefighters returned twice over the weekend to check on the site and extinguish remaining hot spots, Huntley said.

“There were no flames, just some smoke,” Huntley said.

Laurette Lochhead owns the home and lived there with her son and niece, according to a neighbor, Leah Sprague.

The residents were inside the home when the fire started and were able to make it out safely, according to Sprague.

“The house was an iconic place in the middle of the village,” Sprague said. “It was one of the oldest houses here.”

A group of neighbors has organized a relief fund for the residents of the home, who lost everything in the fire, Sprague said.