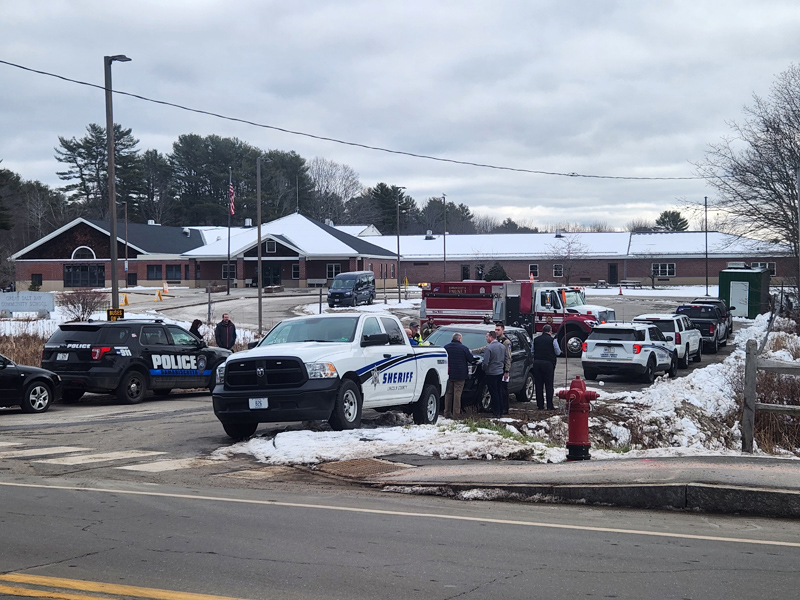 At approximately 8:40 a.m. Wednesday morning, the Damariscotta Police Department was made aware of an email referencing a bomb being placed in GSB as well as four specific administrators’ homes, according to a press release from the police department.

Officers were sent to the school and there was an immediate evacuation of all personnel and students to the CLC YMCA.

“The department had constant police presence at the offsite location to assist with any safety needs for both staff and children,” according to the police department’s press release.

Due to the time required to safely assess the building, the school day was not able to be resumed, according to a statement from AOS 93 Superintendent Lynsey Johnston.

After an exhaustive search with multiple members of the bomb squad as well as the K-9 team, the building was deemed safe and reopened to the public around 1 p.m., Damariscotta Police Chief Jason Warlick said in his statement.

In a separate email from the school, parents were informed they could pick up students’ belongings in the afternoon.

After the school was made safe the K-9 unit was deployed to the administrators’ homes, which were also deemed safe, according to Warlick’s statement.

“Although this appears to have been a hoax email, all departments involved treated this as a serious threat and handled it within policy and protocols,” Warlick said.

The investigation is ongoing, according to Warlick’s statement.

“Thank you to all of our staff who handled the unexpected so well today,” Johnston said in the statement to GSB and AOS 93 families. “Our hearts go out to the students who missed their time at school with their classmates and teachers today. We hope the school vacation will bring much needed rest and time to recuperate.”