Boothbay out rebounded NYA 17-2 in the third quarter to open up a 15 point lead. The Lady Seahawks held a 48-19 advantage on the boards in the game, led by Faith and Glory Blethen, who combined for 34 rebounds. 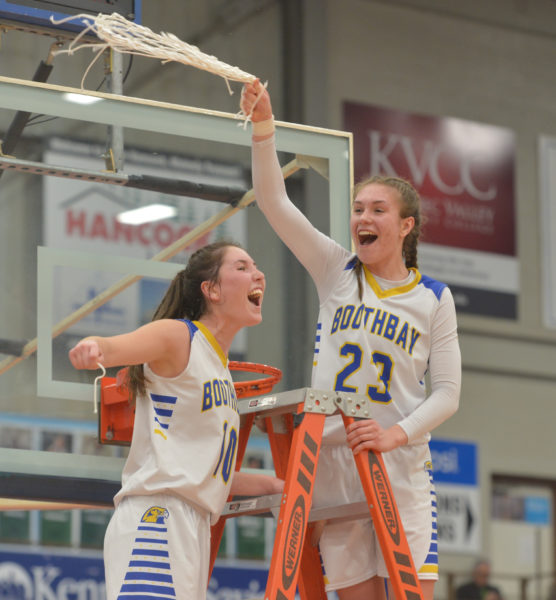 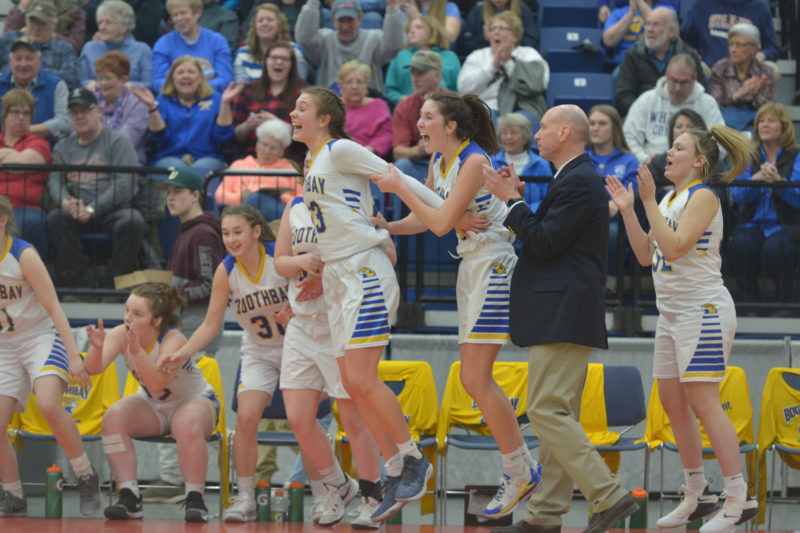 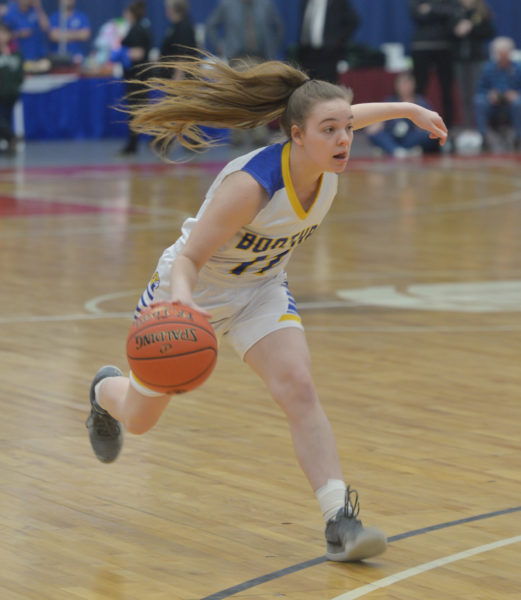 Ashley Abbott brings the ball up the court for Boothbay. (Paula Roberts photo) 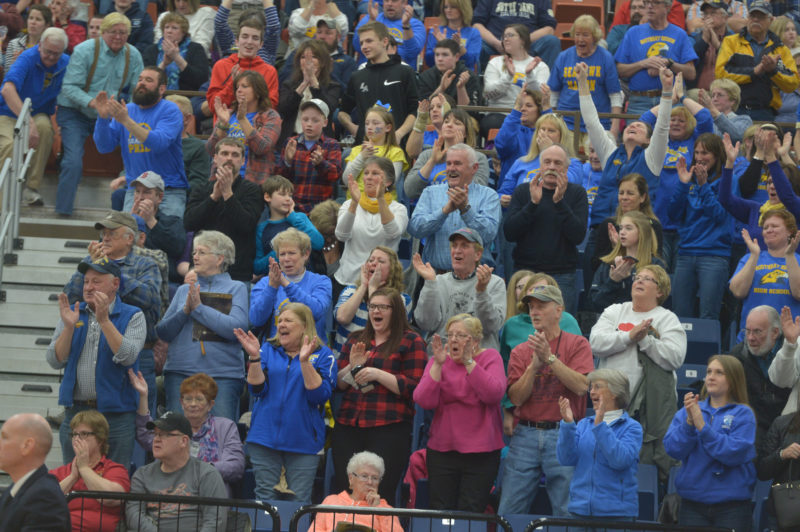