It was the high school football program’s first ever championship.

Hayden Staples led the Panther attack with three touchdowns, including two  in the first quarter. Chase Peaslee reached the end zone just before the half to boost the Panthers lead 20-6 at the break.

In the second half, Medomak’s Blake Morrison added a 45-yard touchdown reception, and backup quarterback Liam Wilson ran for a score from five yards out. Staples added his third touchdown of the night. Medomak kicker Gavin Clark converted four of six extra point opportunities during the game. 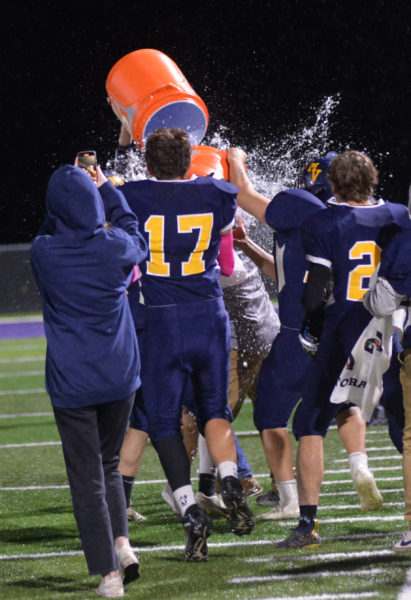 The Hawks were led by Gary Glidden who scored all three Herman touchdowns, including one in the first half and a 91-yard kickoff return for the game’s final score with 1:18 remaining.

With the win, Medomak Valley advances to the State Class State championship game, to be played Saturday, Nov. 19 at Cameron Stadium in Bangor. The Panthers will take on Leavitt at 2:30 p.m. for the State C title. 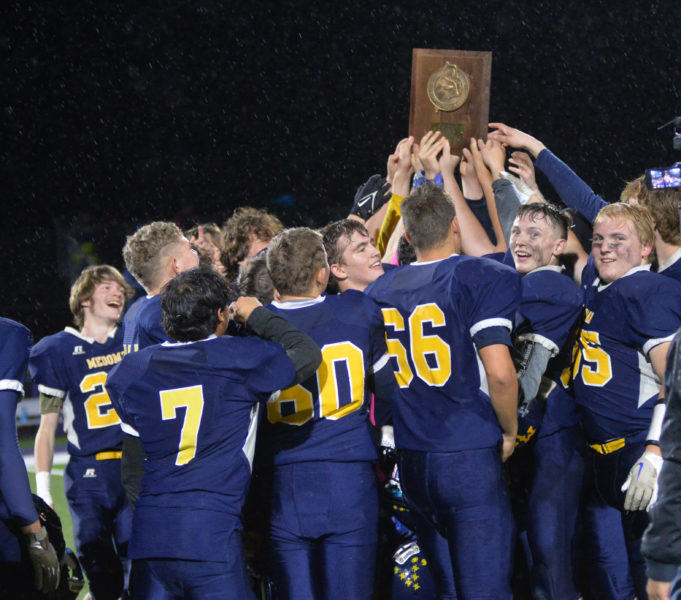