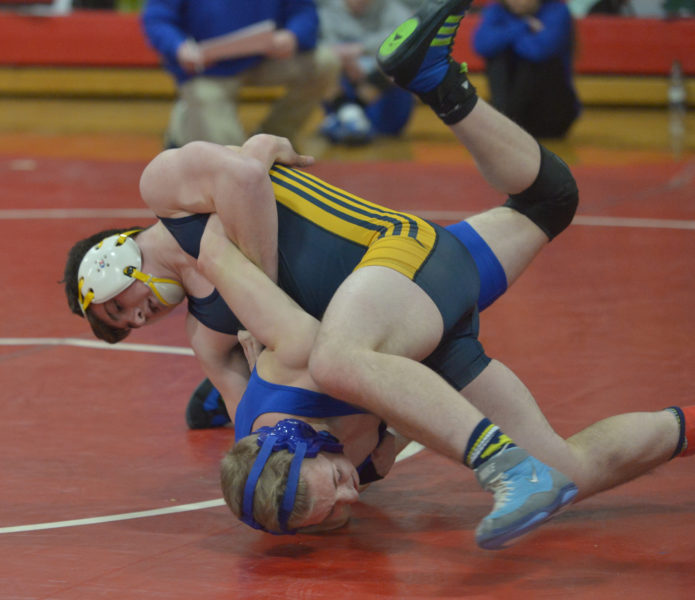 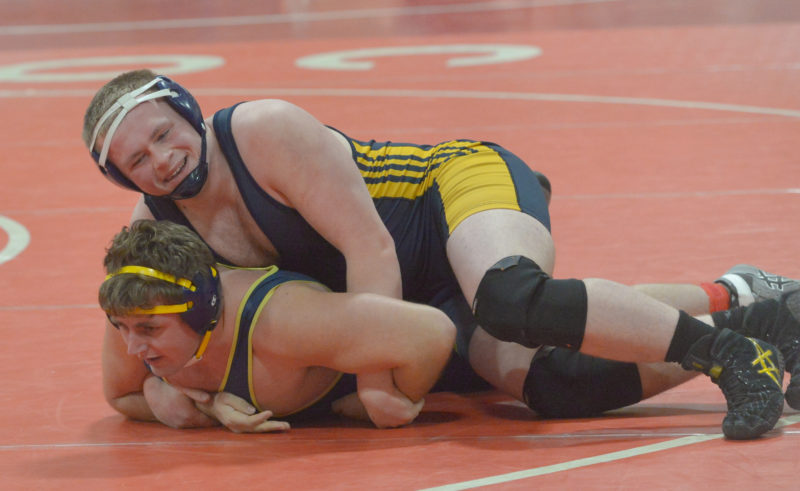 Medomak Valley wrestler Erik Benner won the KVAC 285 weight division championship. He is pictured here working a move on Hunter Gleason of Mt.Blue before pinning him in the quarter-finals. (Paula Roberts photo)