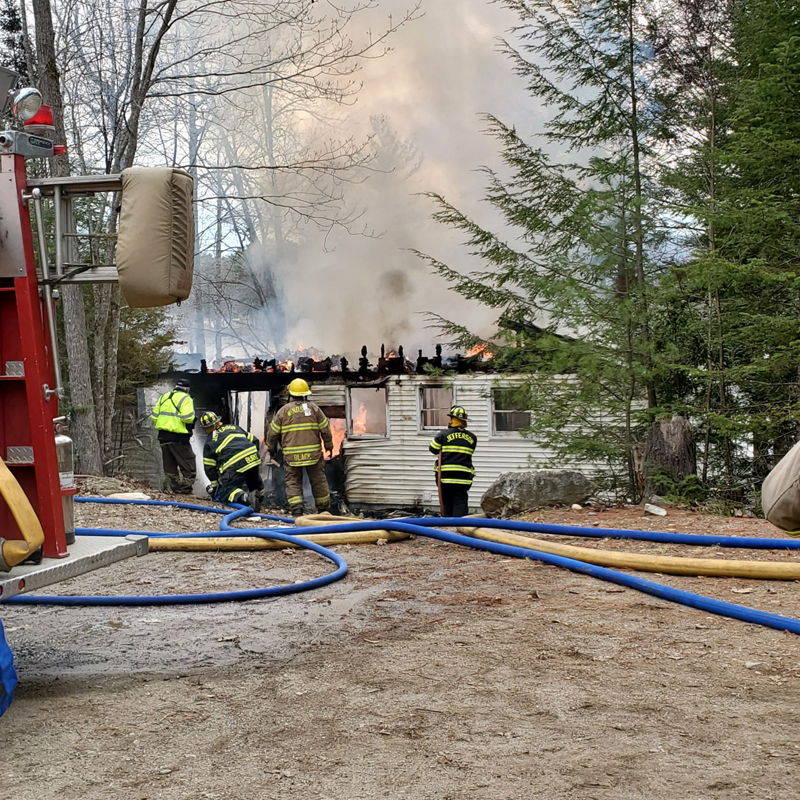 Somerville and other area fire departments work to extinguish a home fire at 776 Somerville Road the afternoon of April 21. (Alec Welch photo)

A fire broke out at 776 Somerville Road at approximately 2:44 p.m. Thursday, April 21. One resident was at the home when the fire started and was able to escape unharmed. No injuries were reported.

One cat was rescued in the woods after fleeing the fire and one dog was unaccounted for.

Ken MacMaster and Mary-Ann MacMaster from Maine Fire Marshal’s Office were on scene, as well, although the cause of the fire is still under investigation. 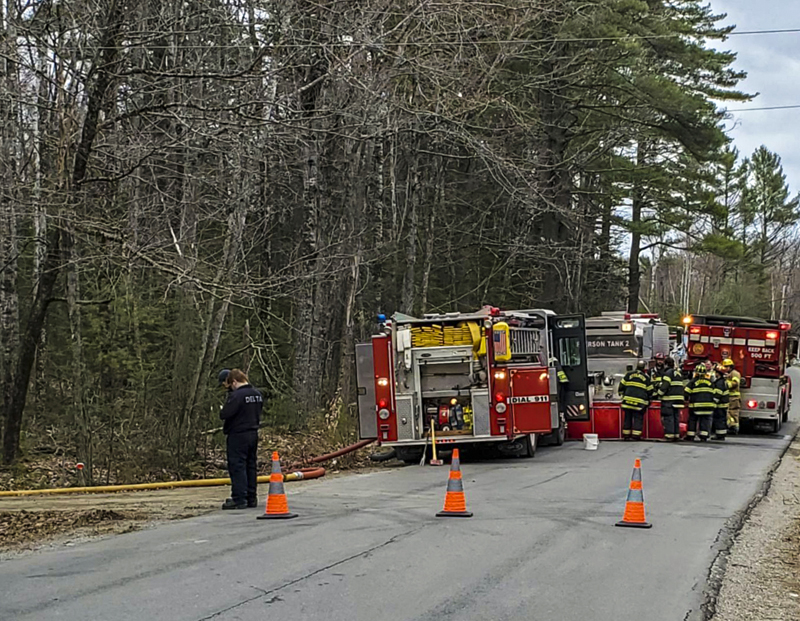 A Lincoln County strike team responded to the scene for site cleanup.

An email from public information officer Shannon Moss with Maine Department of Public safety said, “No foul play is suspected and at this point investigators believe the fire was started from discarded smoking material.”

The call came in from Somerville Fire Chief Michael Dostie, after seeing the fire from his home across Long Pond.

Both sides of Somerville Road were blocked off for over two-and-a-half hours while responding units addressed the fire.

“I wanted to thank the mutual aid team, without them we wouldn’t have been able to get the job done,” Dostie said.

The resident in the home at the time of the fire declined to comment.

According to 2021-2022 Somerville real estate tax commitment book, Jason and Ashley Sutter are the property owners for 776 Somerville Road.