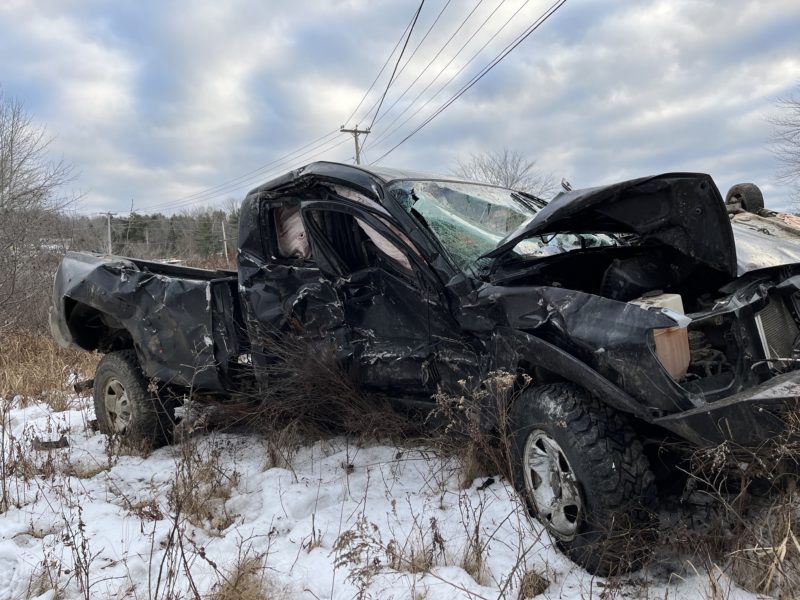 A 2010 Toyota Tacoma pickup was involved in a two-car crash in Bristol on Dec. 31. The driver and a six -year-old boy in a car seat were transported to LincolnHealth Miles Campus with non-life-threatening injuries. The occupant of the second car died at the scene. (Photo courtesy Lincoln County Sheriff’s office)

A 69-year-old Bristol woman died in a head-on crash in Bristol on the afternoon of Dec. 31.

Karen McCubbin did not survive the impact when, according to the preliminary investigation, a 2010 Black Toyota Tacoma pickup operated by Robert G. Campbell, age 39 of New Harbor, traveling southbound on Route 130 crossed the center line into the north-bound path of McCubbin’s 2009 tan Toyota Corolla.

The Corolla rolled over and came to rest upside down against a telephone pole, while the pickup continued off the road onto the northbound roadside.

In a Jan. 1 news release, the Lincoln County Sheriff’s Office said the collision occurred approximately three quarters of a mile south of the Route 129/Route 130 split, and was reported at 12:31 p.m. 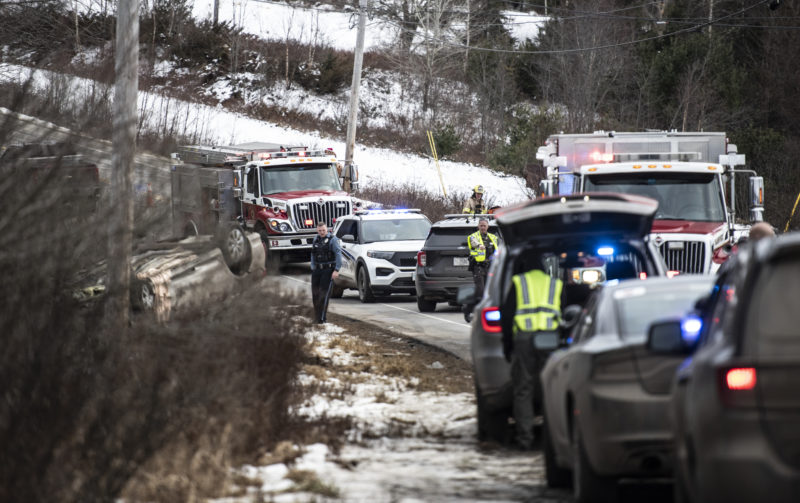 Campbell and a six-year-old boy in a child seat were both transported to LincolnHealth Miles Campus in Damariscotta with non-life threatening injuries. Campbell was wearing a seatbelt and airbags deployed in the vehicle.

According to the release, McCubbin was not wearing a seatbelt. The state medical examiner’s office will determine her exact cause of death.

The preliminary investigation indicated speed and alcohol were factors, according to the release. 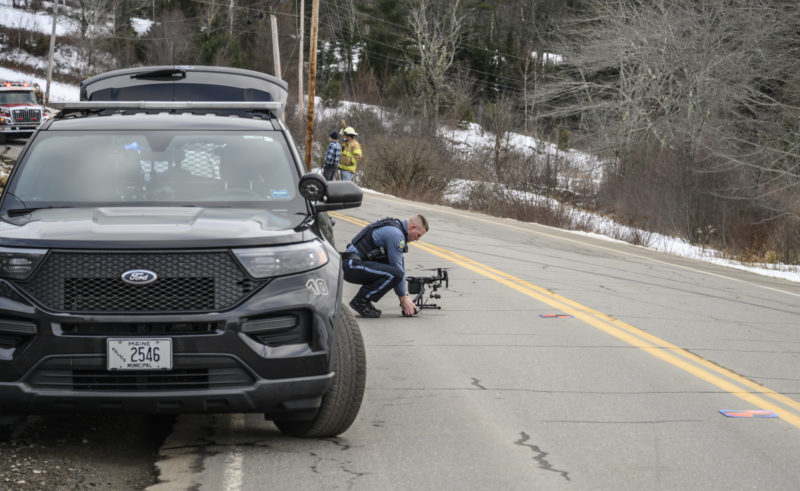 Brunswick Police Officer Corey Iles deploys a drone to aid in the reconstruction of a fatal crash in Bristol on Dec. 31. (Bisi Cameron Yee photo)

If you witnessed the collision or either vehicle operating prior to the event, please contact Lincoln County Sheriff’s Office. 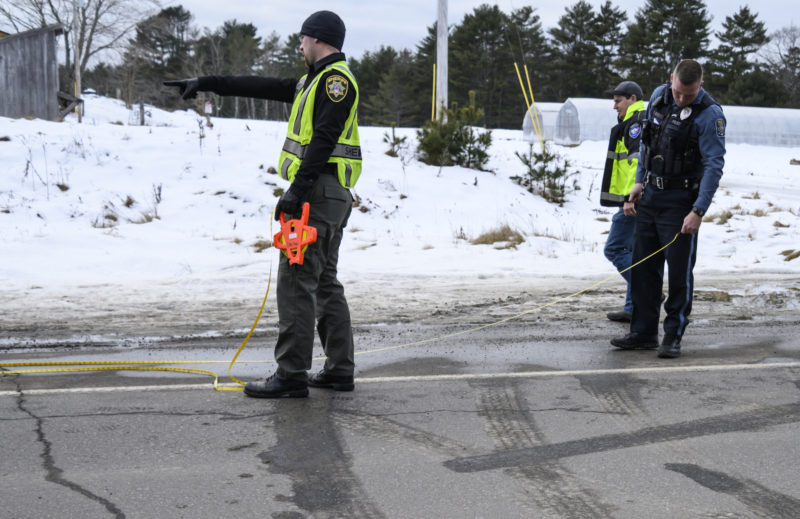 Members of Lincoln County Sheriff’s Office reconstruct the scene of a fatal accident on Route 130 in Bristol in Dec. 31. (Bisi Cameron Yee photo)

(Correction: An earlier version of this article online incorrectly stated that there were three occupants in Campbell’s vehicle. The Lincoln County News regrets the error.)