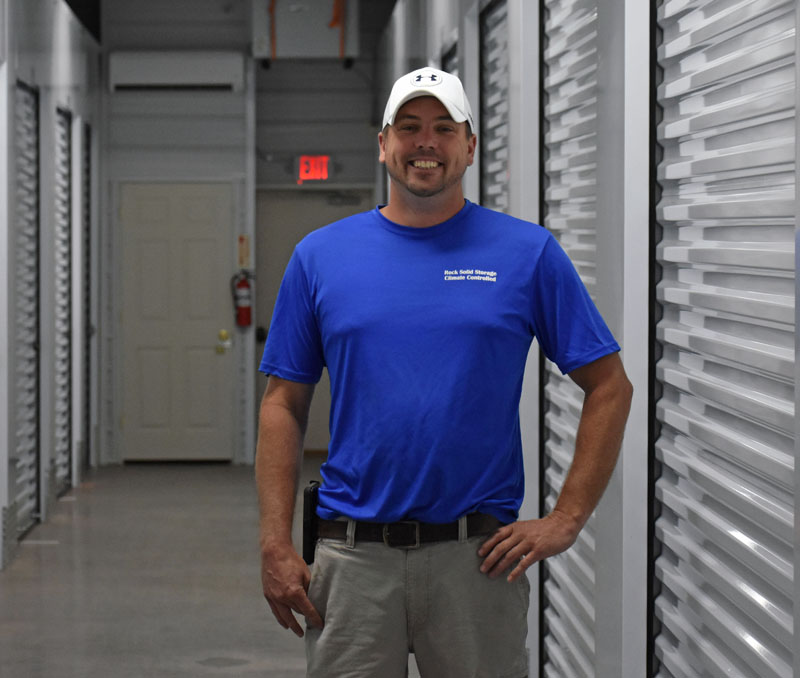 A local businessman has renovated a former Dodge dealership on Winslows Mills Road in Waldoboro, transforming the rundown industrial building into a high-tech, secure facility for climate-controlled storage.

He described his new facility as offering state-of-the-art moisture- and temperature-controlled self-storage. It has an area for heated storage of seasonal vehicles, with room for 36 cars. The facility also offers 10 8-by-8-by-11-foot containers for cold storage.

Ellinwood’s concrete business completed the renovations to the building this summer.

“It was a fun renovation,” he said. “The building was in pretty rough shape when we got started. We brought the building down to its bare bones and removed the bad parts.”

To Ellinwood’s knowledge, the 1947 building was a Dodge dealership in the late 1940s and has had a variety of uses since, including as a service station and a facility for Old Town Canoe. It was most recently used by Best Felts Inc., of Thomaston, which sold it to Ellinwood.

Ellinwood said the renovations took around a year to complete, giving his concrete crew a steady stream of work during the slower winter months.

“A big reason why I ended up going the way of renovation was, it created work for my crew on inclement weather days. The wintertime can be slow for concrete workers,” Ellinwood said.

As part of the renovations, Ellinwood said asbestos was professionally removed from the site. 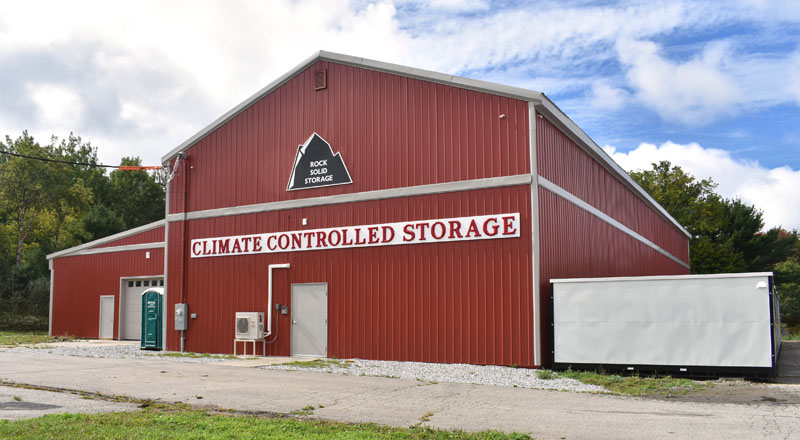 A vapor barrier was placed between the original cement and the newly poured cement floors.

“We poured all new cement on top of the old cement and put a vapor barrier beneath it so there is no vapor or water going up through,” Ellinwood said.

In addition to the interior renovations, Ellinwood said a couple of sheds and the back section of the building were taken down due to mold issues.

Ellinwood said he considered tearing the building down and starting from scratch, but the price to renovate was manageable and the 71-year-old building had a solid foundation that fit his vision for the property.

“The cement block was really well-constructed, especially for this old of a building,” he said.

Customers can sign up for units in Edgecomb or Waldoboro at rocksolidstorageclimate.com.

“Each locker has a different number and if the owner changes, so does the number. It’s a revolving security system,” Ellinwood said.

Both locations have exterior security cameras and internal security measures.

According to Ellinwood, the storage units in Waldoboro are taller than those in Edgecomb, measuring about 10 feet in height. Both 10-by-20 and 10-by-15 units are available in Waldoboro.

The Waldoboro Planning Board approved an application from Ellinwood, of Newcastle, to convert the industrial building into a storage facility in September 2017.

Ellinwood said he was prompted to get into the storage business about three years ago as a sort of retirement job.

“I was thinking of it as an investment for my future,” he said.