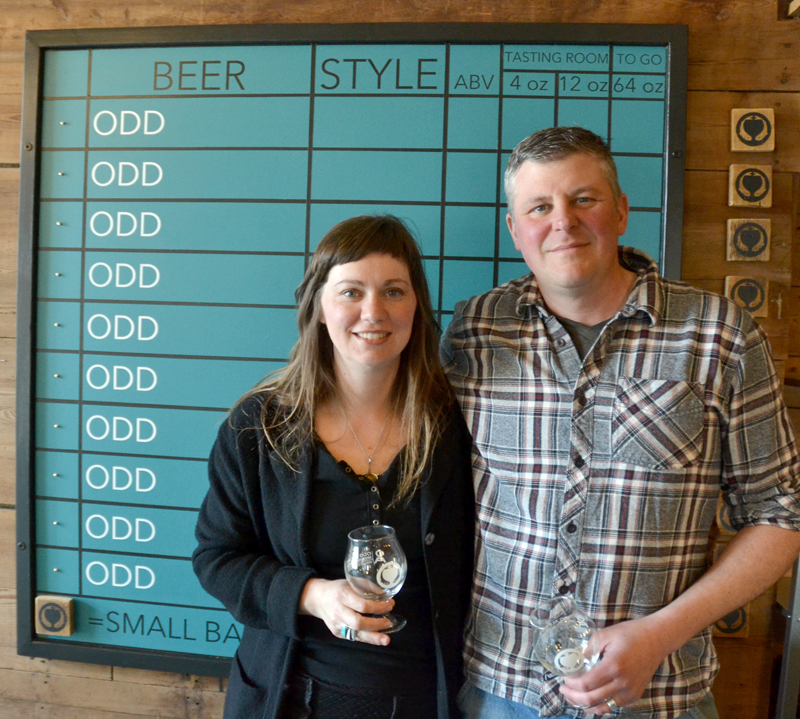 For John and Sarah McNeil, the thought of one day starting and owning their own brewery had, for a long time, been just a dream the couple would talk about from time to time.

The dream recently became a reality, as the husband-and-wife team will soon open Odd Alewives Farm Brewery on their 22-acre property at 99 Old Route 1 in Waldoboro.

John McNeil got his start in brewing in the early 1990s, when a group of friends invited him to join them working at a brewery.

“I told them I didn’t know anything about brewing, but they said it was fine, they were just going to make me scrub and clean everything,” John McNeil said. “It was a start though, and I learned a lot.”

Throughout the years, John McNeil has “woven in and out of the trade,” which he always found enjoyable. It was at his most recent venture that he started to consider going into business for himself.

“I was working for this startup, having a lot of fun, and over time I just started considering this idea of getting more involved in the whole process as opposed to working for another brewery,” John McNeil said.

He talked through the idea of breaking out on his own with his wife, who was immediately supportive. “With her being an avid gardener, the conversation turned to this idea of having a brewery and a farm,” he said. “It took a while for us to get from the scheming and dreaming to making it happen, but eventually we made it here!”

The couple, who was living in Baltimore at the time, began looking for a property to purchase for their new endeavor. Having both spent time in Maine, the McNeils knew they wanted to return to the state, and specifically to the Midcoast, Sarah McNeil said.

“We were looking for a lot, really,” Sarah McNeil said. “We knew we wanted the brewery and the farm element, so it came down to finding the right property in the right community. And we found Waldoboro!”

Before closing on the property on Old Route 1, the McNeils wanted to make sure the town would allow for the type of business they wanted to pursue. The couple stopped by the town office to discuss their plans and received “incredible” support, Sarah McNeil said. 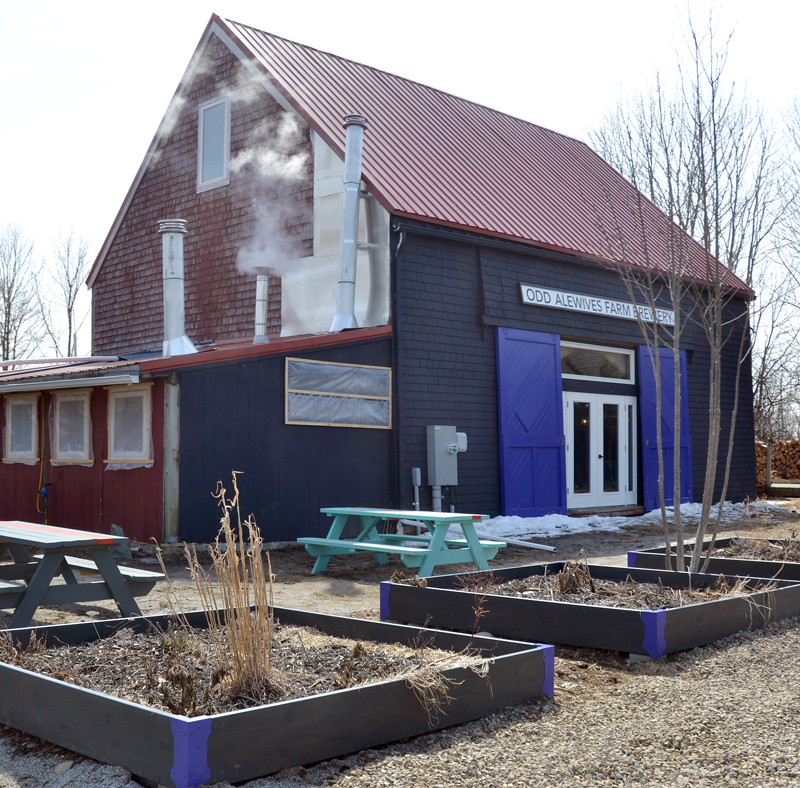 “Everyone was excited and thoroughly behind it 100 percent,” she said. “And we’ve run into that a lot with the people we’ve met. There’s this artisan community here – the farmers, the cheesemakers, the soap-makers, the boat builders – everyone is passionately pursuing what they love, and they’re doing it right here. We wanted to be a part of that!”

The couple purchased the property in October 2016. John McNeil moved up in April 2017 to work with contractors while Sarah McNeil, who was teaching at the time, commuted back and forth. She moved up permanently in December 2017.

The purchase of the made-to-order brewing equipment slightly delayed production, but the former alpaca farm was soon converted into a brewery and tasting room with a spacious area for gardens.

The name Odd Alewives pays tribute to the importance of the Medomak River and Waldoboro’s history, as well as the couple’s enjoyment of the unique and unusual, Sarah McNeil said.

“When we were finally able to find the property, we didn’t totally have the name picked out, so what we decided to do was research the area once we found the land,” John McNeil said. “It was fun too because we’re living here, this is our community, and there’s just so much rich history in Waldoboro.”

Odd Alewives Farm Brewery has 10-barrel systems to produce some of its cornerstone brews, including a take on a farmhouse beer, John McNeil said.

“We’re trying to embrace the idea of the farmhouse beers, which has a lot of tradition from Belgium and France,” John McNeil said. “We don’t necessarily need to emulate a certain style. We can push the boundaries and make our own unique thing.” 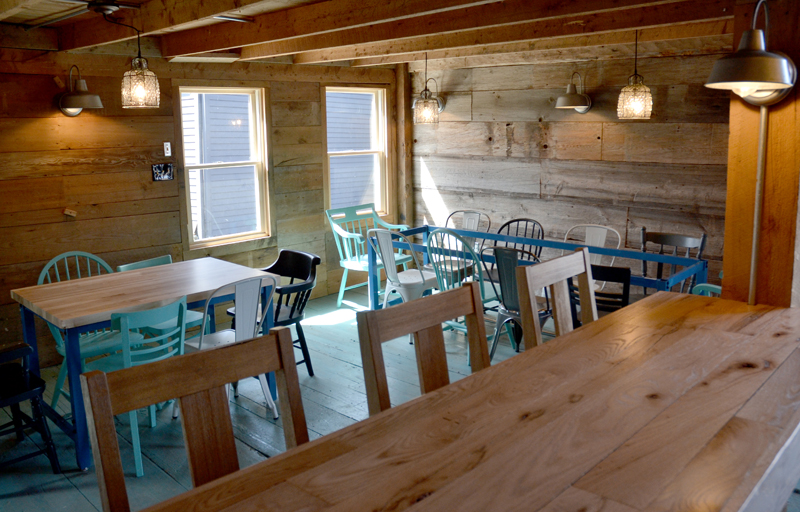 The tasting room at Odd Alewives Farm Brewery in Waldoboro. Sarah and John McNeil preserved as much of the mid-1800s barn as possible. (Maia Zewert photo)

The brewery also has a smaller, one-barrel system, in which the McNeils can develop recipes and experiment with different fruits, herbs, and other findings from the farm. The couple has already experimented with maple sap tapped from trees on the property and honey brought over by a neighbor, Sarah McNeil said.

“The small-batch series is something we always really envisioned with the farm, because we want to grow and use what’s produced here on the property to make our beers unique,” John McNeil said. “This may mean that some of these beers will only be a once-a-year type thing, depending on when the harvest happens, while others could only be a one-time thing.”

While some of the beers will be available in restaurants and bars, the small-batch series will only be found in the Odd Alewives tasting room.

The McNeils preserved as much of the mid-1800s barn as possible for the brewery’s tasting room. John McNeil handcrafted the wooden bar, and a ladder the couple discovered in the barn was strung with lights and now hangs from the ceiling.

In the future, the McNeils hope to finish the second floor of the barn and open it to customers. They also hope to host live music and food vendors on the property. “We still have a lot of dreams,” Sarah McNeil said.

Odd Alewives Farm Brewery will have a soft opening Thursday, May 3. The McNeils plan to host a grand opening in early June, once the gardens are planted.

“We’re really looking forward to inviting people over and welcoming the community,” John McNeil said. “Craft beer is really about just having a good time, hanging out with friends and family, and taking a break from life.”