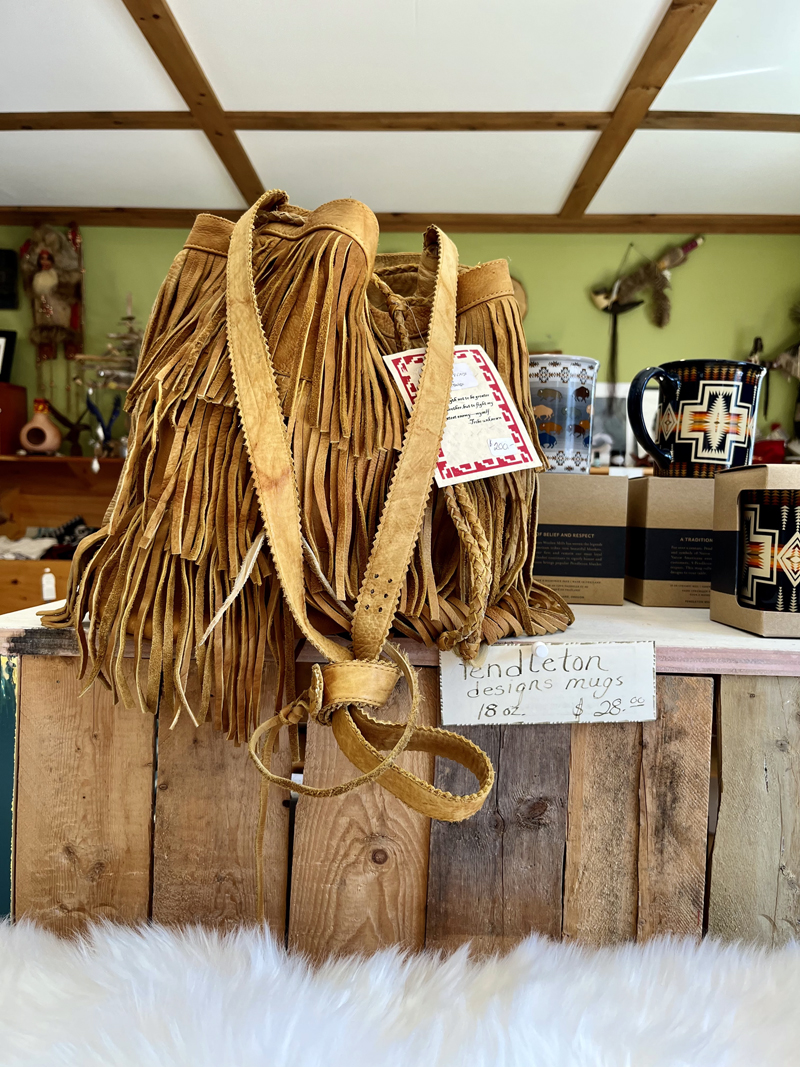 The parking lot out front of the Abenaki Trading Company on Route 1 in Edgecomb is empty save for owner and operator Jocelyn Howe’s car on a Friday in late March. An open flag waved under spring sun.

Howe is stocking up for the summer, purchasing goods from individuals, women’s co-ops, and other places where Native people organize to sell arts, clothing, and crafts. She is preparing the store for the tourist season, which won’t start until early June. But Howe plans to open up in April, and start sooner with weekends and by-appointment visitors through the end of March.

It is her seventh year in this location, which overlooks the bridge into Wiscasset. She wedged the doors and windows open in the small building, until there was no clear barrier between the air outside or in. Out the back window, a view of a gently sloped hill.

She gestured to the back of the property, the same space where photos on Facebook show plastic chairs arranged in welcoming circles, folks gathered in ceremony, celebration, and conversation. The grassy land hosted such gatherings throughout the lockdown, when Howe invited Native artists to set up tables free of charge.

“We did this several weekends and called collectors and attracted tourists on Route 1,” said Howe.

Most pow-wows and festivals – the primary places Native artists gathered, shared words, and sold their work – were canceled during the pandemic. With stores like Howe’s own shut-down to foot traffic, too – and the winter season quieter, as usual – the past two years of pandemic precautions have put an extra strain on these artists. 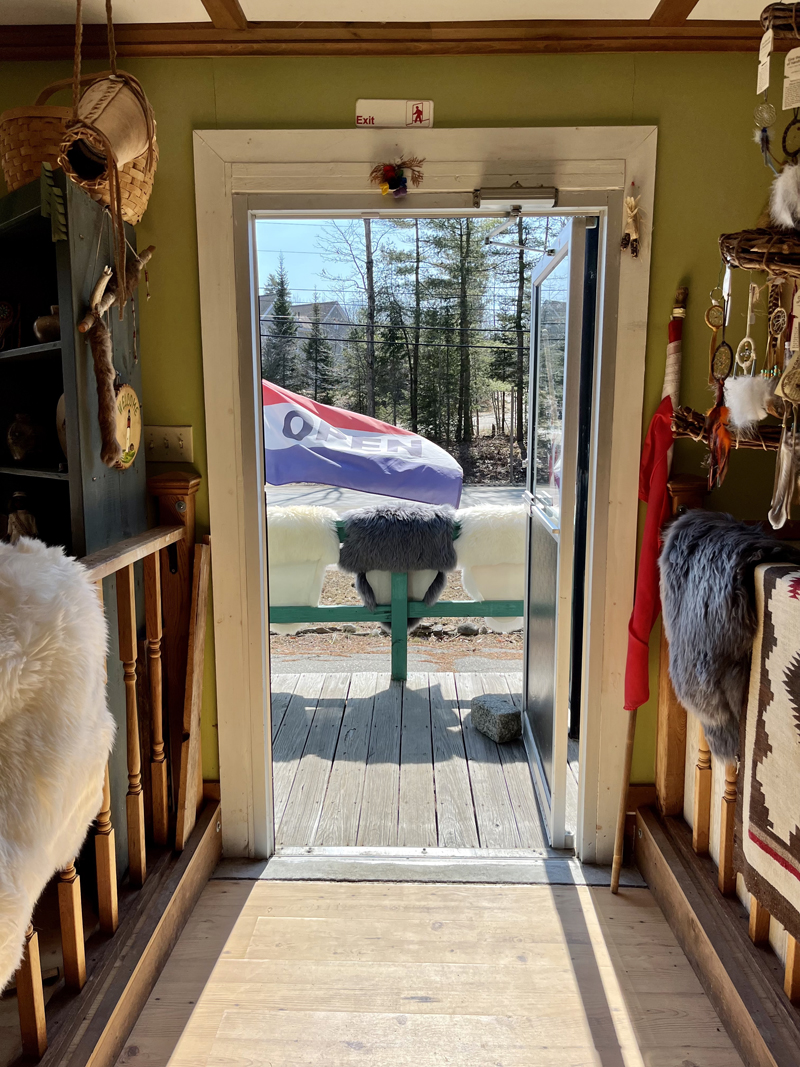 “I extended (the) invite to all Natives in Maine to set up table on weekends free to sell their traditional crafts and make up for lost revenue at festivals,” said Howe.

One of these artists was Passamaquoddy elder and basket-maker of Sipayik Mary Creighton, who has also become friends with Howe.

Over the phone, Creighton, who sells her work through commission, at festivals, privately, and at Howe’s shop, described a children’s regalia she was crafting entirely by hand. She could use a machine, but some people want tradition, she explained.

Creighton works out of her home and travels to festivals around the state, including one in Bar Harbor. At least, before the pandemic began.

Since then, as Howe explained, festivals and other gatherings have been canceled or postponed due to public health concerns.

In addition to artists tabling, Howe has been hosting other gatherings, too, to help balance the temporary loss of larger gatherings. For Indigenous People’s Day in October, Howe hosted a celebration at her store, including drumming, flute playing, and wood-fired pizza. And others.

Howe is looking ahead to what she hopes will be a busier season – not just for her store, but for the artists she supports.

“That is what I’m here for,” said Howe. “To support Native Americans, to keep and grow relationships.”