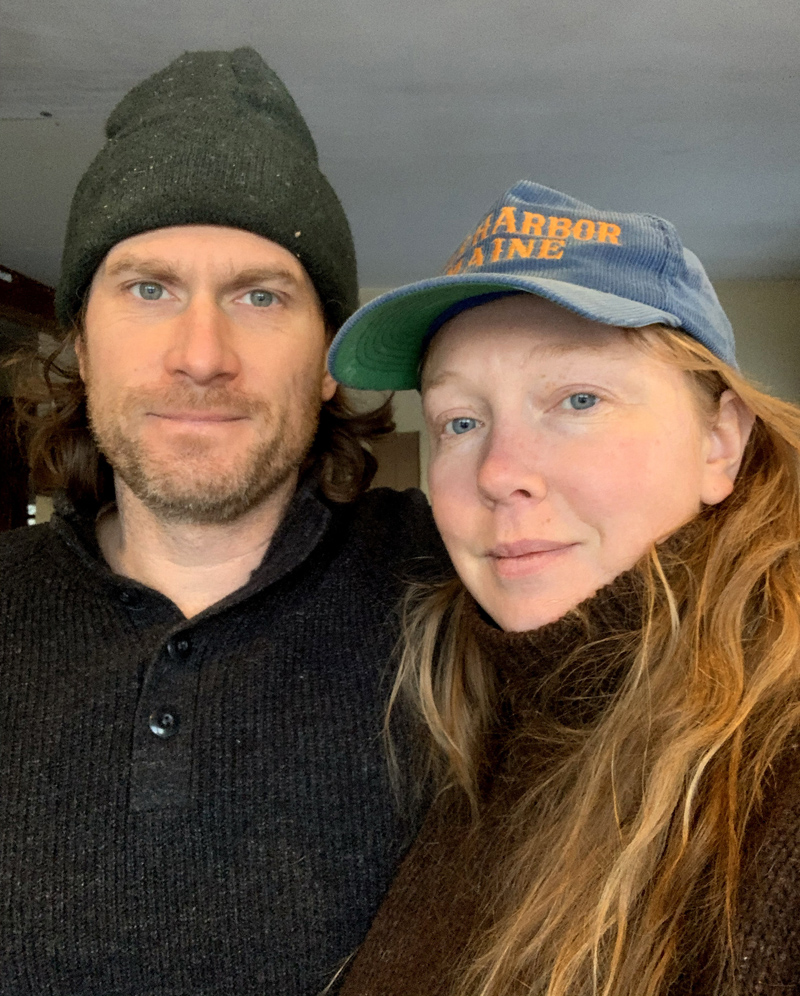 The new owners of The Alna Store, Brian Haskins and Jasper Ludwig. The husband and wife purchased the store last May and has spent the last seven months renovating the store and bringing in their own culinary vision. (Photo courtesy Jasper Ludwig)

Concluding seven months of renovations, the new owners of The Alna Store are ready for the three-day grand opening weekend, running from Thursday, Dec. 22 through Saturday, Dec. 24.

Newcastle residents and husband-and-wife team Brain Haskins and Jasper Ludwig took over as owners of the store last May. They immediately started remodeling the store before learning the plumbing and electrical infrastructure needed to be replaced.

“We basically took it down to the studs,” Ludwig said of their renovation efforts. “It was very important to us to create a beautiful and welcoming space for the community here. We can’t wait to welcome everybody in.”

Ludwig and Haskins decided to purchase The Alna Store in October 2020 following their initial meeting with the owners at the time Ken and Jane Solorzano. After delays in obtaining funding, they were able to make the purchase last May.

The motivation to purchase The Alna Store came from Ludwig who was born and raised on Sheepscot Road in Newcastle. She graduated from Lincoln Academy in 2004.

“I grew up coming to The Alna Store for snacks and strawberry milk, while swimming at Head Tide and walking the back roads picking wildflowers,” Ludwig said.

Haskins grew up in Snohomish County in Washington, a rural area similar to Alna.

“Alder trees, wind(ing) back roads, and the little stores on the way to somewhere else were formative,” Haskins said. “The Alna Store felt natural and welcoming to me.”

Ludwig’s experience in the restaurant industry started during her time at Lincoln Academy.

“My first job was with Rosario’s Pizza in New Harbor and my second job was Zecchino’s in Damariscotta,” Ludwig said. “I’ve been at it ever since.”

Ludwig and Haskins met in Haskins’ home state of Washington while Ludwig was attending The Evergreen State College. She graduated in 2010.

The Alna Store is the second restaurant Ludwig and Haskins have owned. In 2014 they opened 5 Points Market and Restaurant in Tucson, Ariz. with the hopes of changing the way the industry approaches doing business.

“Our goal at 5 Points had been to provide phenomenal food and services while directly challenging the idea that profitability in the service industry necessitates the exploitation of labor, resources, and agriculture,” Ludwig said.

“The success of that project gave us the confidence that we could do something similar, off the beaten path in Jasper’s neck of the woods,” Haskins said. 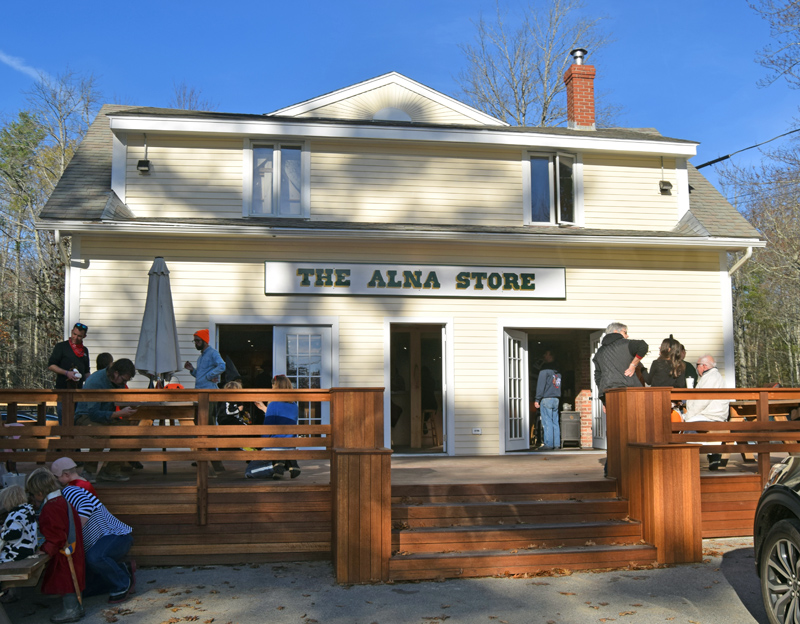 Part of the success from the first restaurant is using the local resources to develop their menu throughout the year, according to Ludwig.

“We’re hoping to serve a simple and elevated menu for breakfast and lunch, including grab-and-go items,” Ludwig said. “Inspiration for our menu comes from all over the globe, but mostly local farms. They’re the backbone of any sustainable culinary endeavor.”

Ludwig said The Alna Store will offer Mexican-inspired menu items like those offered by the previous owners, but they are focused on bringing their own culinary vision to the store.

General store products available at the store will include local products such as fresh produce, cheese, eggs, nature wine, gifts and band aids.

“We lack the space to be a full grocery store, but we’ll have a robust selection of necessities and products that we’re really excited about,” Haskins said.

Ludwig said in the future they hope to hold live music events and themed dinners.

“I have distinct plans to make a traditional barbacoa in a hand-dug pit in the early summer 2023,” Ludwig said.

Over the three-day grand opening event, the store will be open from 8 a.m. to 8 p.m. with happy hour lasting all day. Draft beer, bottle beer, a glass of wine, and cocktails will all be a dollar off, according to Ludwig.

Between 8 a.m. and 2 p.m. the store will offer a limited brunch menu and a dinner menu starting at 4 p.m. until closing. Offerings will include a Caldwell Farms burger on a house-made bun with hand-cut fries, according to Ludwig.

Additional updates on the menu and happy hour deals will be available at thealnastore.com or on the store’s Facebook and Instagram pages.

Regular hours of operation for The Alna Store will be 8 a.m. to 8 p.m. Thursday through Saturday and 8 a.m. to 2 p.m. Sunday and Monday. The store will be closed on Tuesday and Wednesday.

The Alna Store is located at 2 Dock Road in Alna.