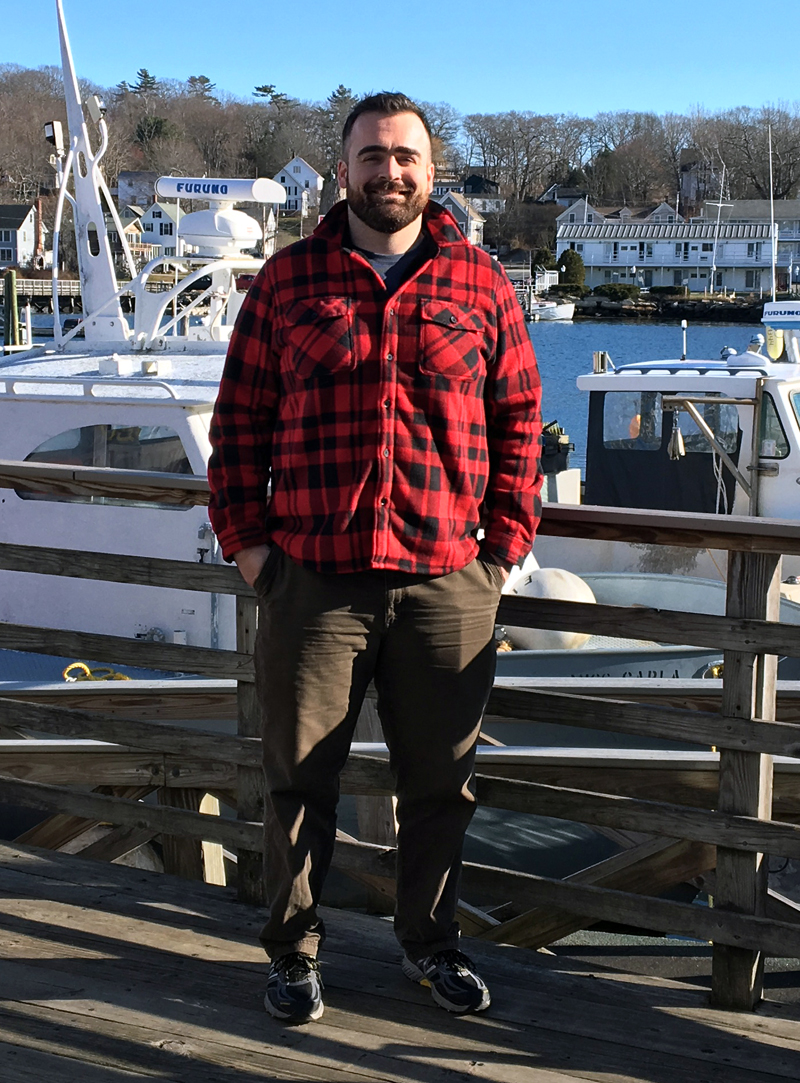 Lafayette Hotels has acquired the landmark Pier 1 property in Boothbay Harbor – home to three restaurants, a marina, a shop, and the ticket booths for Cap’n Fish’s boat cruises – from the Blake family, its owner for 57 years.

Pier 1, possibly the most iconic spot in the harbor, is home to the Downeast Ice Cream Factory, McSeagull’s Restaurant, Mine Oyster, the former Mystic Mermaid, Boothbay Harbor Marina, the future Windjammer Emporium (formerly Mountain Tops), and the Cap’n Fish booths.

The property abuts Fisherman’s Wharf. “That was a big motivator for us,” said Ramsey Lafayette, regional manager for Lafayette Hotels.

Pier 1 was never listed for sale, according to Lafayette, who moved to Boothbay Harbor five years ago.

“We kept it pretty quiet,” he said. “Neil (Blake) came to me in late September and told me it was for sale, and said they wanted to talk to us about it. There was no Realtor and no banks were involved.”

A few conversations ensued, numbers were tossed around, and an agreement was reached.

“We had a meeting and drew up a handwritten contract during that meeting,” Lafayette said. Lawyers were brought in to sort out the details.

Aside from the Lafayettes’ latest acquisition, work continues on a $700,000 project at Fisherman’s Wharf. All the pilings beneath the structure are being replaced and the bulkhead, or retaining wall where ocean meets land, is being rebuilt. Extensive cosmetic renovations are being done in the rooms, bar, and dining areas.

Lafayette Hotels has another project in the works at Tugboat Inn: a new rooftop dining deck will be built over the existing dining room. Lafayette said it will afford a breathtaking view of both the inner and outer harbor. Plans call for completion by June 15.

“Last year nine employees won their 20-year awards,” Lafayette said. “They had worked here that entire time, which is great. It says a lot about the management, Deb Wickert and Bonnie Stover, and it shows that they were happy working here.”

For the second year, the business has stayed open Thursdays through Sundays through December, during Gardens Aglow at the Coastal Maine Botanical Gardens, and business is booming.

“Last year we broke, twice, the overall highest revenue in the restaurant on the first two Saturdays in December,” Lafayette said. “And we broke it again last Saturday.”

Now settled in Boothbay Harbor with his wife, Alina, Lafayette, 32, has led a full life so far. His father, Danny Lafayette, grew up in Winterport and bought his first hotel, the Whitehouse Inn in Bangor, when he was 32. Lafayette spent his formative years living in that hotel.

After graduating from Harvard, where he studied organizational psychology, Lafayette went to work on a film for Disney in Atlanta before moving to Vail, Colo., where he tended bar at a five-diamond resort. From there he moved to Detroit, where his family owned a hotel, then to Chicago, where he pursued real estate and worked on films.

He finally moved back to Maine, where he worked in the corporate office of Lafayette Hotels in Bangor for two years. “While I was there, we were having some issues in our Boothbay Harbor properties, and I moved here to help resolve them,” he said.

Lafayette’s three siblings, his mother, and several aunts, uncles, and cousins all work in the family business.

Fred Blake bought Pier 1 from Gulf Oil in 1961 and opened two businesses on the pier: Marine Services, on the wharf in front of McSeagull’s, and a marine supplies store, Blake’s Marine. The business was eventually passed down to his sons, Joe, Neil, and Gary, and granddaughter, Amy Blake Goodwin, now the owner of Blake’s Boatyard.

The Blakes are confident they made the right move by selling the property to the Lafayettes.

“We’re pretty excited for them,” Goodwin said. “What a great family and a huge asset to the town. We know they’ll be great stewards of the pier and the best fit we could hope for. We’ll miss the day-to-day interaction with all the great tenants, but know they’ll be in good hands with the Lafayette group.”

Lafayette said there are no immediate plans for changes to Pier 1. The pier and the pilings beneath are in good structural shape, and he looks forward to working with the present tenants. “It’s a great group of people to be working with. I’m their biggest cheerleader,” he said. “I want them all to flourish.”

He is looking into the possibility of festivities, including pop-ups and other events, on the pier. “There are some limitations as to what we can do there, but I think there are a lot more possibilities than limitations,” he said.

Of the Blake family and the transition, he said, “The Blakes have been great to work with. They helped to make it an easy transition. We really appreciate getting this opportunity and we’re glad they came to us. We’re looking forward to a lot of good years here.”