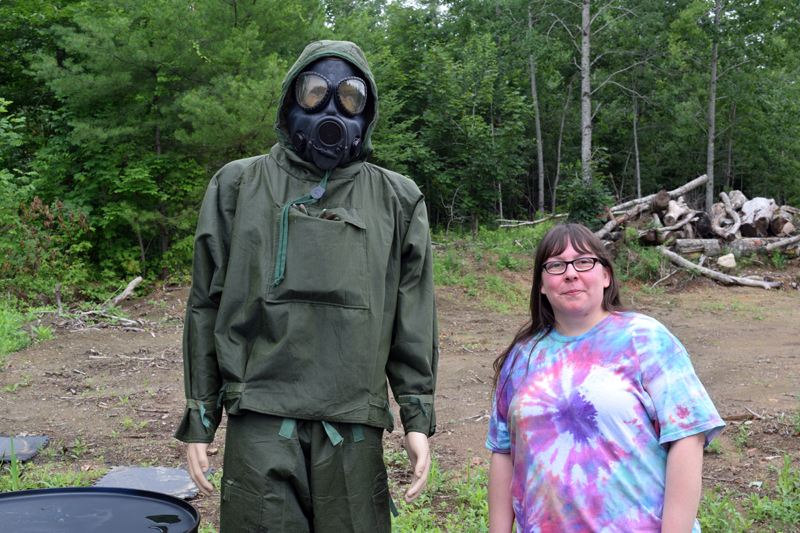 A small green trailer in the parking lot of Twisted Iron Customs on Route 1 will open its door on Friday, July 30 to Atomic Shakes, a new business by Maine-ly Elderberry owner Daisy Cunningham.

This ice cream truck is like no other. Its style comes from Cunningham’s love of horror movies, featuring metal drums, a gas-mask-clad mannequin named Atom, and an industrial color scheme to match Twisted Iron’s fleet of vintage automobiles.

Cunningham gutted the trailer she bought from a friend for $500, retrofitting it with a new service window, flooring, cabinets, plumbing, a freezer, and a fresh coat of paint.

“I wanted something where I could be creative and not be told no,” she said. “I never had that ability in previous jobs and endeavors, so now I’m kind of just embracing my eccentric side.” 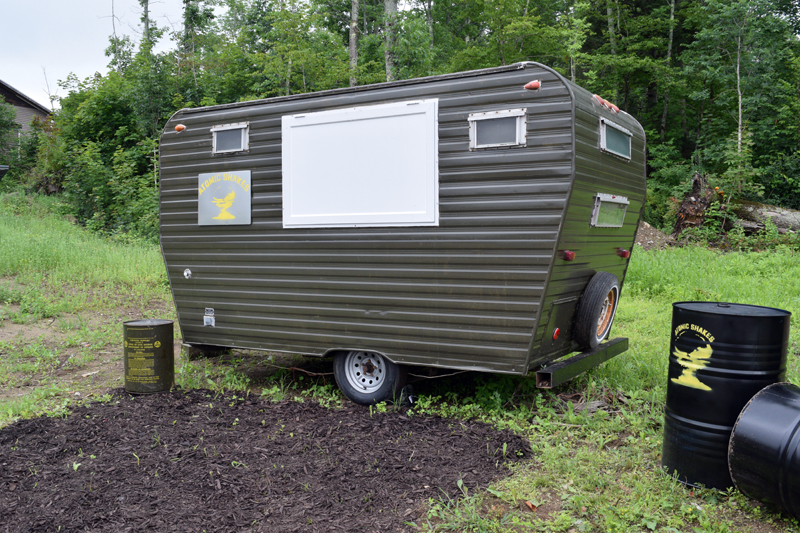 Atomic Shakes owner Daisy Cunningham purchased her trailer from a friend for $500 and completely renovated the interior to turn it into her post-apocalyptic mobile shake shack. Atomic Shakes will open in the parking lot of Twisted Iron Customs in Edgecomb on Friday, July 23. (Nate Poole photo)

Cunningham’s flair will extend to the menu, focusing on creative concoctions and indulgent servings. Flavors include The Unicorn, a cotton candy-flavored shake with whipped cream, sprinkles, and a white chocolate unicorn horn, as well as Vacationland, a concoction of blueberry ice cream topped with a mini whoopie pie and lobster gummies.

“I’ve bought so many edible glitters and I probably have 100 different sprinkle types,” she said.

One major hurdle in Cunningham’s menu creation process was her lactose intolerance. Luckily, she has plenty of willing taste-testers, including her husband and son. “No one says no to a milkshake,” she said.

In addition to milkshakes, the menu will feature custom lemonades, floats, and red snapper hot dogs. Cunningham said she tries to source as many ingredients and products as possible from Maine, such as Gifford’s Ice Cream and cold brew from Seacoast Coffee. 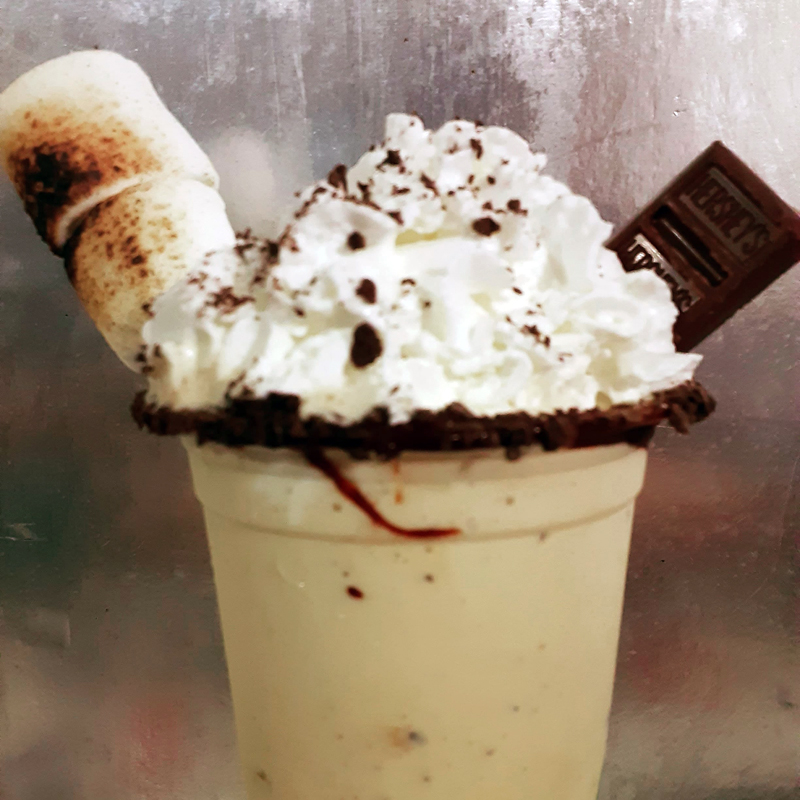 Cunningham has plenty of experience serving customers from past work at convenience stores and delis. Plus, she owns Maine-ly Elderberry, selling elderberry products wholesale. She decided to open another business seasonally because Maine-ly Elderberry’s business typically slows down in the summer.

While she plans for Atomic Shakes to be a seasonal business, she will keep the trailer open as long as the demand stays consistent, she said.

Twisted Iron owner Mike Benner said he is excited to see businesses like Atomic Shakes draw more patrons to the shop. He wants his 72-acre property to become a “destination” in Edgecomb. In addition to Atomic Shakes, the lot will be the home of a new tattoo and piercing business opening this summer, and he plans to turn an old school bus next to Cunningham’s trailer into a grill.