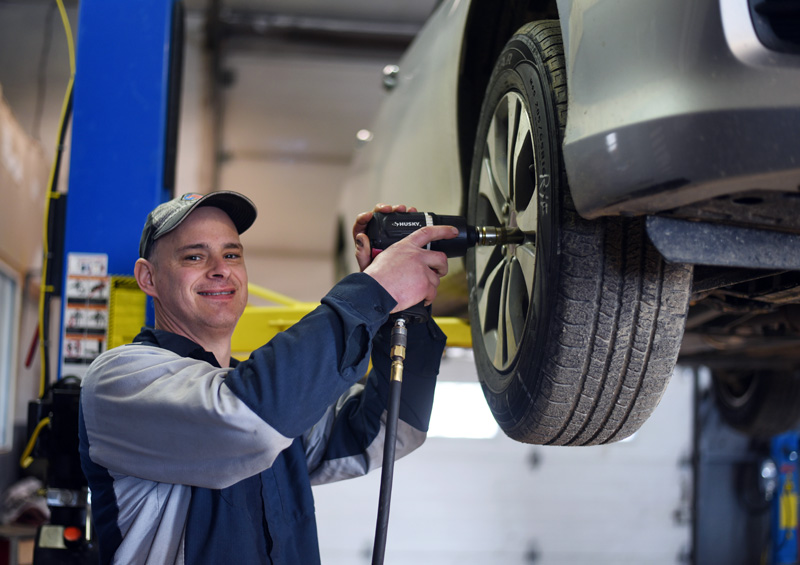 The Garage owner Scott Dupuis works on a car at his business in Damariscotta on Tuesday, Feb. 27. (Jessica Picard photo)

The Garage, an auto repair shop owned by Scott Dupuis, opened this past November in Damariscotta.

The shop, at 4 Rice Lane, off Main Street between NAPA Auto Parts and Damariscotta Hardware, is a one-man operation, with Dupuis doing all of the repairs.

Dupuis first had his own businesses in the 1990s, when he co-owned R/S Auto Works in Waldoboro and ran Summit Auto out of his house. After selling his share of the business and moving to Portland for a period of time, Dupuis is once again working in Lincoln County.

The Garage offers repairs of both foreign and domestic vehicles, most makes and models, along with services such as oil changes. The shop also performs state inspections of vehicles.

Dupuis, who is originally from Massachusetts, has been taking things apart and fixing them for most of his life. 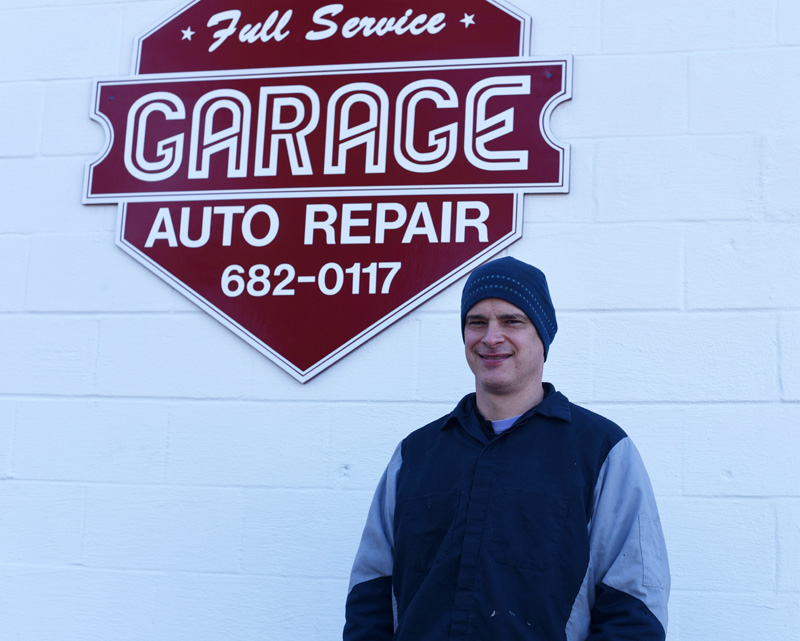 The Garage owner Scott Dupuis stands in front of his business in Damariscotta on Tuesday, Feb. 27. (Jessica Picard photo)

“When I was a little kid, I took apart my Tonka trucks because I wanted to see what was inside,” he said.

He started working on cars when he was 16 years old, and went to a technical high school in Massachusetts. He moved to Maine in 1988, after high school, and has stayed and worked on cars ever since.

“I couldn’t get away from it. It followed me everywhere I went, people calling me to fix things … so I thought, why not open my own shop?” Dupuis said.

Of his choice of location, Dupuis listed the convenience of being on Main Street and right next to a hardware store and auto parts shop.

“I was looking at this shop for years,” he said.

Dupuis wants The Garage to be a place anyone can go to, regardless of their level of knowledge about cars.

“We try to really make people feel comfortable, not feel intimidated,” said Maria Mellyn-Dupuis, who works at the front desk and is also Dupuis’ wife.

“I like what I do so much, the satisfaction of fixing things,” Dupuis said.