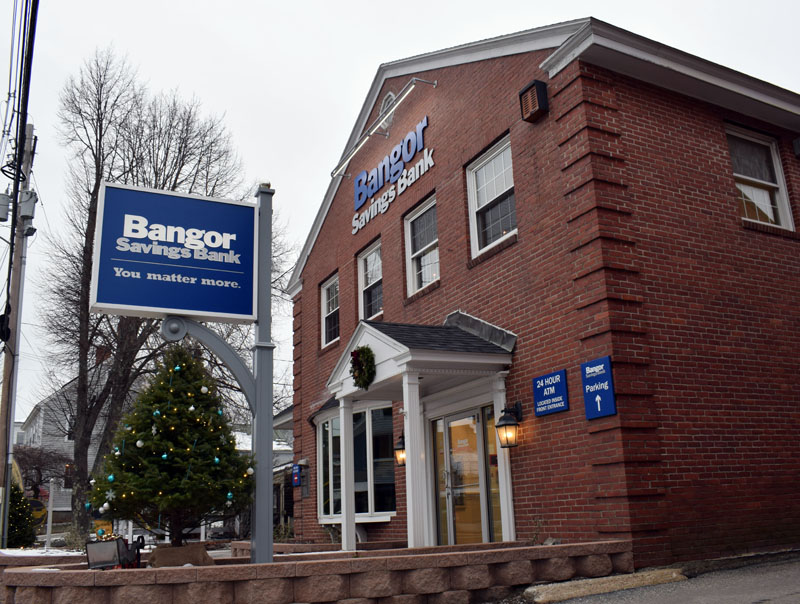 The merger of Damariscotta Bank and Trust into Bangor Savings Bank is official as of Dec. 1, and changes are underway at the bank’s three branches in Lincoln County.

New signage is up at both Damariscotta branches and the New Harbor branch, according to Isla Dickerson, director of marketing and community relations at Bangor Savings Bank.

Dickerson said hours remain the same for drive-thru service, while lobby service is available by appointment only due to the COVID-19 pandemic.

“We are thrilled to welcome the DB&T customers, communities, and families to Bangor Savings Bank. We’re looking forward to doing business with them,” Dickerson said on Monday, Dec. 7.

In order to avoid any interruption in banking service, former DB&T customers are receiving mailings with information about Bangor Savings Bank that offer aid in switching to new debit cards and checks.

There will be an official changeover weekend, starting Friday, Jan. 29, when all accounts will be converted to Bangor Savings Bank accounts.

“Between now and then, what we’re doing is notifying all customers of the steps of the changes, all of the new benefits and features of their new account with Bangor Savings Bank, and all of the wonderful offerings that DB&T included with their accounts that remain the same,” Dickerson said.

Also on Jan. 29, the bank location at 2578 Bristol Road in New Harbor will close for remodeling. 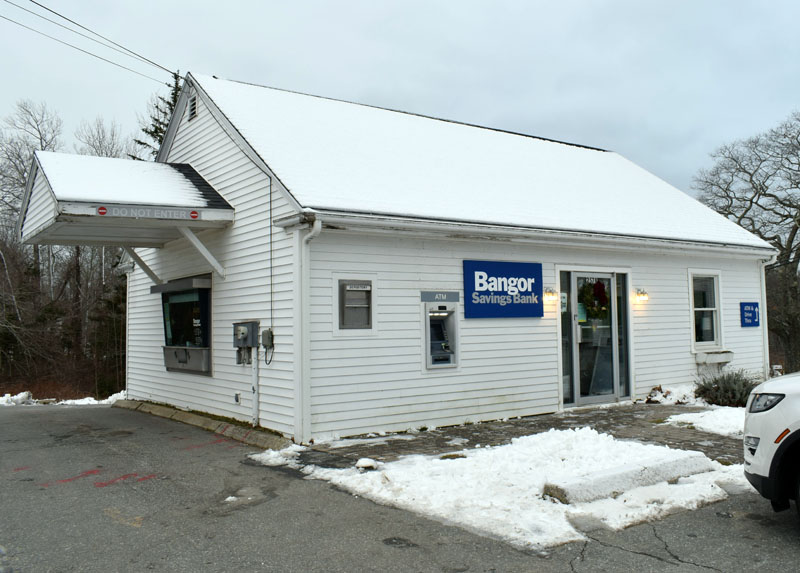 The former Damariscotta Bank and Trust branch in New Harbor is now a Bangor Savings Bank branch. The branch will close Jan. 29 for extensive renovations, but a temporary banking center will be open across the street. (Evan Houk photo)

The Bristol selectmen approved the renovation plans Sept. 2. The plans involve adding an employee break room, a larger mechanical room, a small bump-out for the drive-thru, and additional parking behind the building.

Dickerson said a temporary banking center is being set up close by, at 2569 Bristol Road, behind Maine Home Networking Inc., that will serve local customers during the renovations. The temporary location is across Southside Road from the C.E. Reilly & Son grocery store.

Changes are also in the works for the two Damariscotta locations. The downtown branch will be remodeled in fall 2021.

Dickerson said the bank wants to ensure it does not contribute any disruption to next year’s summer tourist season.

“We have a real commitment that everyone can have a seamless and wonderful summer season, since there’s been so many interruptions to business over this past pandemic year,” she said.

The operations center at the downtown branch, now in a separate building behind the bank, will continue to operate as usual, but will be incorporated into the new, expanded space after the remodel.

Dickerson also pointed out plans for a “history wall” in the downtown branch that will honor the legacy of Damariscotta Bank and Trust.

“One of the features of that remodel is going to be a history wall that documents and recognizes the important role that DB&T has played in the region,” Dickerson said. 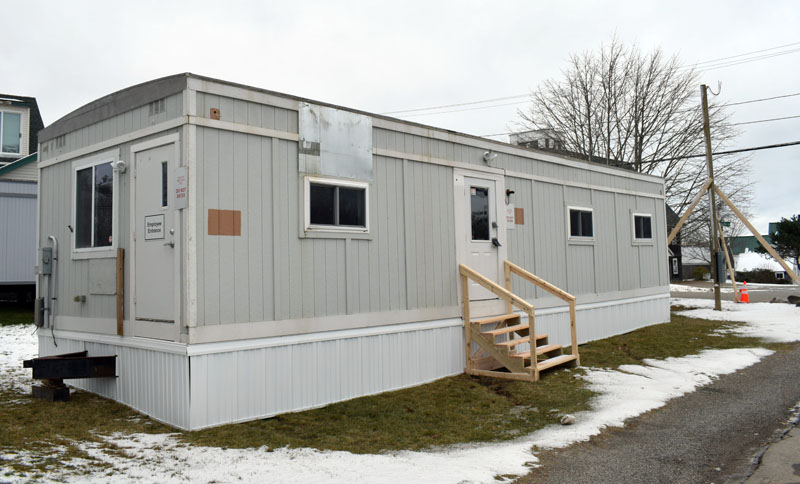 Damariscotta Bank and Trust opened its first branch, in downtown Damariscotta, in February 1973. A group of local businessmen founded the bank to meet the needs of families and small businesses in the area. Louis Doe, Clayton N. Howard, Norman Hunt, R.H. Reny, and Sam Roberts were among the group.

The branch at 619 Main St. in Damariscotta is receiving some minor renovations, giving it an updated look and feel, Dickerson said. The branch will not close while that work is done.

An agreement on the merger was announced last December, but finalization and regulatory approval was delayed due to COVID-19. The deal will give Bangor Savings Bank new branch locations in Damariscotta, New Harbor, Union, and Warren, strengthening its position in the Midcoast. First National Bank is acquiring the DB&T branch in Belfast.

DB&T co-founder Howard has called the merger a good deal for shareholders and ultimately inevitable, with the various challenges of stiffer regulations, competition with multibillion-dollar banks, and rising wages.

Dickerson said Bangor Savings Bank plans to continue and possibly expand on the type of community work that Damariscotta Bank and Trust has done over the years.

“We’re really looking forward to (being) able to expand all of the good work that DB&T has done, whether it’s in the area of community giving, employment, or community involvement,” she said.

Dickerson cited an increase in grants awarded this year by the Bangor Savings Bank Foundation as an example of the bank’s commitment to Maine and the Midcoast in particular.

Among the $677,500 the foundation awarded to nonprofits in Maine and New Hampshire this year, $7,500 will go to the Newcastle grow-to-donate farm Veggies to Table and $10,000 to the Whitefield Library.

The foundation also awarded $250,000 to MaineHealth, the parent system of LincolnHealth.