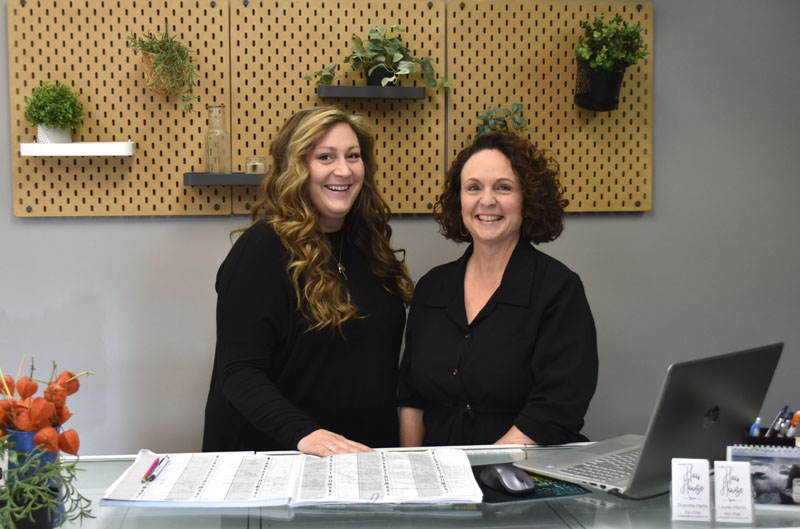 Charlotte Martin (left) and her mother, Laurie Martin, had the exact same vision for a new home of The Best Little Hair House, the business they purchased from their employer in December 2021. They designed the space at 40 Washington Road in Waldoboro to be bright, clean, and modern. (Elizabeth Walztoni photo)

Mother-daughter pair Laurie and Charlotte Martin has spent over a decade working together at The Best Little Hair House. In this past year, they have made the business and the space their own.

The duo purchased the business as partners in December 2021 and moved it to a new location at 40 Washington Road in Waldoboro on Nov. 1.

Laurie Martin has been working with hair for 36 years, and Charlotte followed her into the industry 12 years ago. They offer haircuts and styles for “anyone, young and old, any gender,” they said.

The Martins designed the new space to offer these services themselves. Charlotte Martin said she and her mother share “the exact same vision.”

“We both say yes or no to the same things,” Charlotte Martin said of the process, “and it just came together.”

The pair had been developing that vision for some time, and began work on their new location in August 2022. They described their look as “bright, clean, sleek, and modern,” pointing out a great volume of natural light, which made a welcome change for both of them.

One of the many windows looks over the train tracks, and Laurie Martin said she knows — and can wave at — its conductor in the mornings.

The move also gave them close to three times more space, from 400 square feet at their previous location on 904 Main Street to 1,100 on Washington Road. 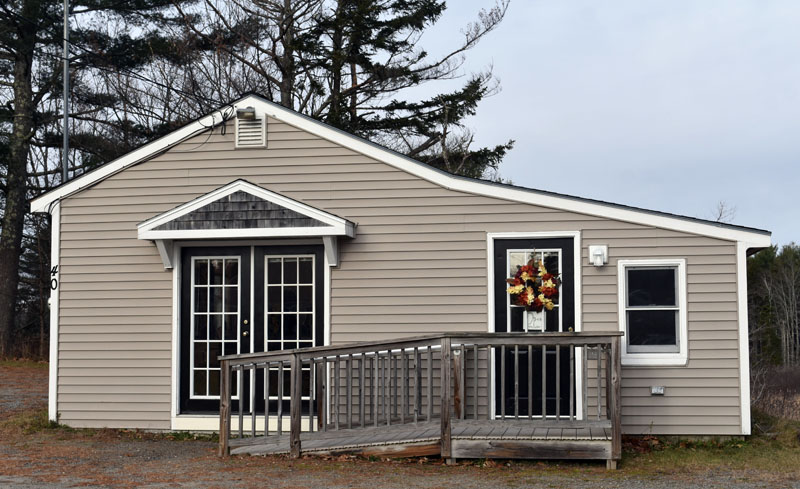 The Best Little Hair House’s new location, at 40 Washington Road in Waldoboro, almost triples the 400-square-feet of space from the shops former home on Main Street. Co-owners Charlotte and Laure Martin said they are excited about the natural light and as well as the additional space to move around. (Elizabeth Walztoni photo)

“I can actually take a full stride in here,” Charlotte Martin said while demonstrating.

That means room for a waiting area, product displays, a place to do laundry, and a lunchroom, a welcome change from eating at their old reception desk while standing.

The new space is more accessible, especially in the winter months, than their former hillside location.

Although their workspace is new, both Martins said their favorite part of what they do stays the same: the people. To Charlotte Martin, developing relationships with her customers is almost more important to her than working with their hair. Her mother has been working with some of their clients for more than 30 years; they even put off a supply-buying trip for the new location to attend a client’s funeral.

These “bonds,” as Laurie Martin described them, were a surprise to her when she entered the business, and now they keep her going.

The Martins also enjoy their own relationship. Charlotte Martin said customers often ask her how she can work with her mother, but the two are often laughing and work well together.

“We’re lucky to have this,” both Martins agreed.