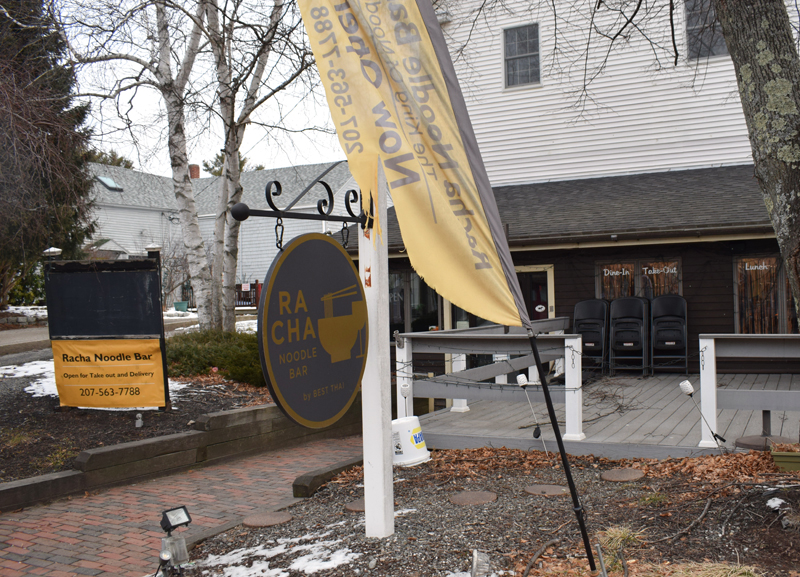 Racha Noodle Bar in Damariscotta has closed and Best Thai will move into the next-door location, possibly by the end of the month, according to Pongsakorn “Job” Hanjitsuwan, who owned Racha with his wife, Samatchaya “Em” Limvathanalert.

Hanjitsuwan said he had hoped to keep the noodle bar open until March to give customers a chance to visit one last time, but due to a shortage of staff, he could not. He said he had to send employees to work at his family’s busy Best Thai II location in Bath.

“We’re very disappointed we didn’t get to do that,” Hanjitsuwan said.

Hanjitsuwan said he expects Best Thai’s menu and hours to stay the same, although he may add some popular menu items from Racha in the future, like khao soi or racha teriyaki.

Hanjitsuwan said that consolidating the Damariscotta locations will allow him to focus on a project in Brunswick, where he plans to open Best Thai III.

Although Racha is going away, Best Thai is here to stay, Hanjitsuwan said.

“We’re so grateful to be in such a great community as Damariscotta,” Hanjitsuwan said.

Best Thai opened in Damariscotta in 2011 and Racha Noodle Bar in 2019. Prior to 2019, Hanjitsuwan ran the O-Cha Bar and Grill in the Racha location.