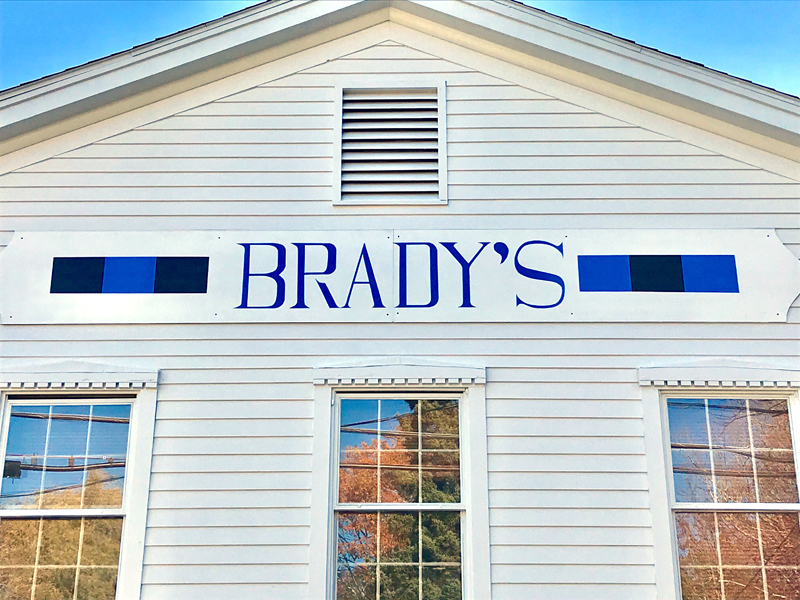 Brady’s, a new restaurant at the head of Boothbay Harbor, will celebrate its grand opening Thursday, Nov. 8. (Suzi Thayer photo)

Diners feeling a little sad because summer has come to an end and Midcoast restaurants are closing for the long, cold winter have cause to cheer up. There’s a new restaurant coming to Boothbay Harbor, and between the scenic location and the talented chefs, it’s causing a stir of excitement in the region.

Brady’s, at the head of the harbor, right on the water’s edge, has French doors and lots of windows that afford a view of the footbridge and beyond, and a menu that should satisfy all tastes.

This is Jen and Jeff Jones’ first restaurant, but the family has no shortage of experience in the food business. Jeff, from Melbourne, Fla., has managed and cooked in restaurants since he was 13. He was area director for Applebee’s in the Atlanta market for 10 years, overseeing nine restaurants.

Jen grew up on Southport and worked in the kitchen of the Boothbay Harbor Yacht Club with her mother, Tancy Mitchell, in the early ’80s. She has been an associate for the restaurant chain Cracker Barrel and met Jeff when he worked as a general manager for the chain.

The couple moved back to the Boothbay area in 2014 to help Jen’s brother, Win Mitchell, who owns Boothbay Craft Brewery, when he lost his chef shortly after opening his tavern.

More recently, Jeff was working in the kitchen at Lobsterman’s Wharf in East Boothbay and Jen was the dining room manager at Brown’s Wharf in Boothbay Harbor, right up until it closed for the season on Columbus Day.

Earlier this past summer the couple started thinking it was time to open their own restaurant. “We’d been running other people’s restaurants and getting them going for practically our whole lives, and we decided we wanted to do that for ourselves,” Jen said. 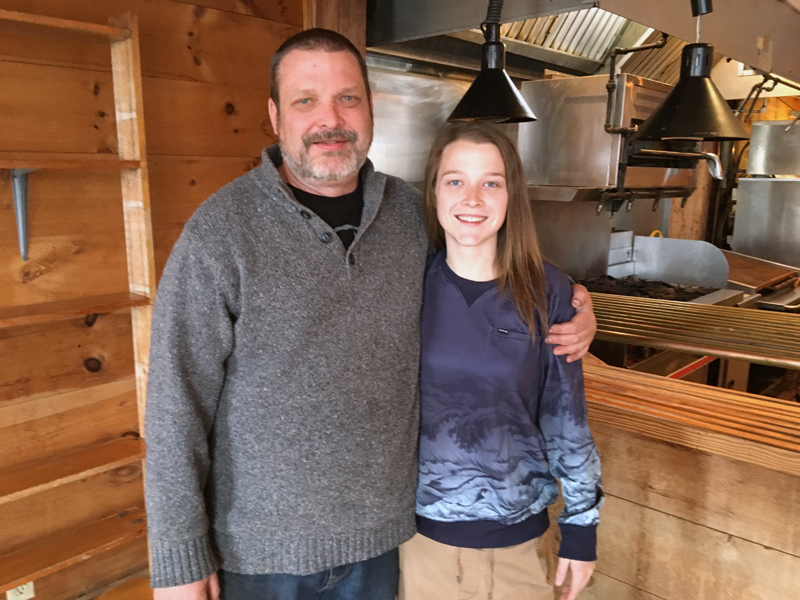 Father and daughter Jeff and Megan Jones will entertain diners with their skills in the kitchen. (Suzi Thayer photo)

The space that now houses Brady’s had been empty for five years, after Amore Bistro, owned by Gene Damon, closed.

Jen said she was dead set against taking over the space initially. “It’s so big. But we walked in and the second we saw it, we knew. We decided to just go for it.”

Jen and Jeff won’t be the only Joneses taking care of the business. Their daughter, Megan, will work alongside her father in the kitchen. She takes her work as a chef seriously, and at 21 acts and sounds like a seasoned restaurateur three times her age. Megan has been cooking in restaurants since she was 15.

The father-daughter team has cooked together at the Watershed Tavern and at Lobsterman’s Wharf, and Megan has worked in the kitchens of some high-end restaurants in Florida: The Pine Creek Sporting Club in Okeechobee and Sea Blu in North Myrtle Beach.

Jeff said his daughter, who boasts that cooking for 150 is a breeze, keeps him on his toes. And Jen said the two at work are a sight to behold. Patrons will be able to see the sight for themselves – there’s a dining bar that’s open to the kitchen.

“It will be fun and funny watching the father-daughter team cook together,” Jen said. “They get along great, they have a lot of fun, and they make cooking for a big crowd look easy. And they’re very competitive.”

Megan said she loves experimenting with new dishes and making her tried and true desserts, like beignets, a type of deep-fried fritter; creme brulee; and cheesecakes. 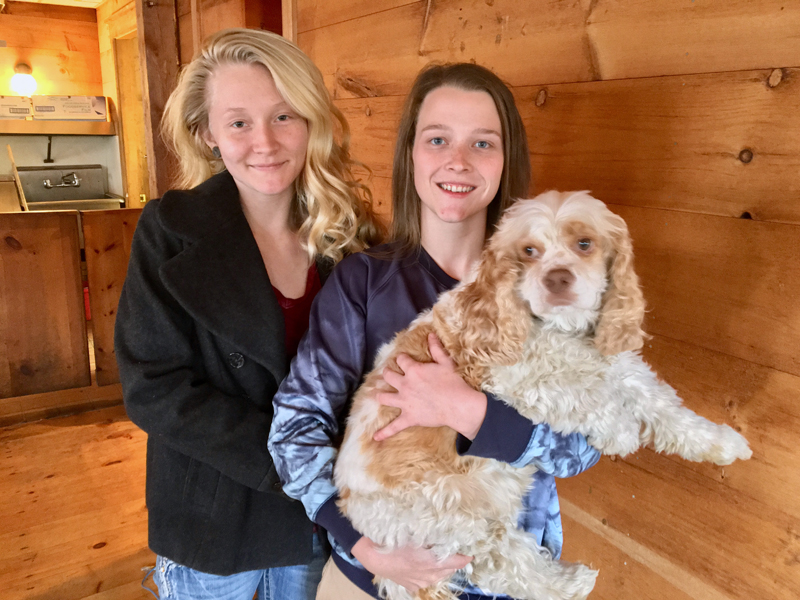 Megan’s girlfriend, Tristan Smith, who’s from Florida and is about to experience her first Maine winter, will be a server at the restaurant. And Jen, who will tend bar, is teaching her mixology.

Boothbay Harbor native Tanner Grover will act as host. “He hosted for me all summer at Brown’s,” Jen said. “He knows everybody in town and everybody loves him.”

Last but far from least in the family-run business is the restaurant’s namesake, Brady, a curly-haired cocker spaniel who rules the roost. “Brady is really the boss here,” Jen said. He’ll meet and greet diners next summer, when the dog-friendly deck opens up.

Though the restaurant looks spacious enough to seat 100, Jen said seating will be limited to around 50. “We don’t want to pack tables in. We want everyone to come in and have a good experience, and leave maybe having met somebody, and to just have had a good time, with great food.”

“We’ve been dreaming about this for a long time,” Jeff said. “I started working in restaurants when I was 13, and I’m ready to own my own. I don’t mow yards, I don’t paint … I cook. This is all I know. And we have the best view in the harbor.”

“We’re excited and terrified, all at the same time, about bringing something new to the community,” Jen said. “And everybody else seems excited too.”

“It’s going to be an easygoing, community atmosphere,” Jen said.

The grand opening of Brady’s, at 5 Union St., is planned for Thursday, Nov. 8. Brady’s will be open Wednesday-Sunday for lunch and dinner, and breakfast will be served on weekends. Check the website (bradysboothbayharbor.com) or Facebook page for times.

(Correction: An earlier version of this article online and in the Nov. 1 print edition incorrectly reported that Jen Jones worked in the kitchen of the Southport Yacht Club in the early 1980s. She worked at the Boothbay Harbor Yacht Club. The Lincoln County News regrets the error.)