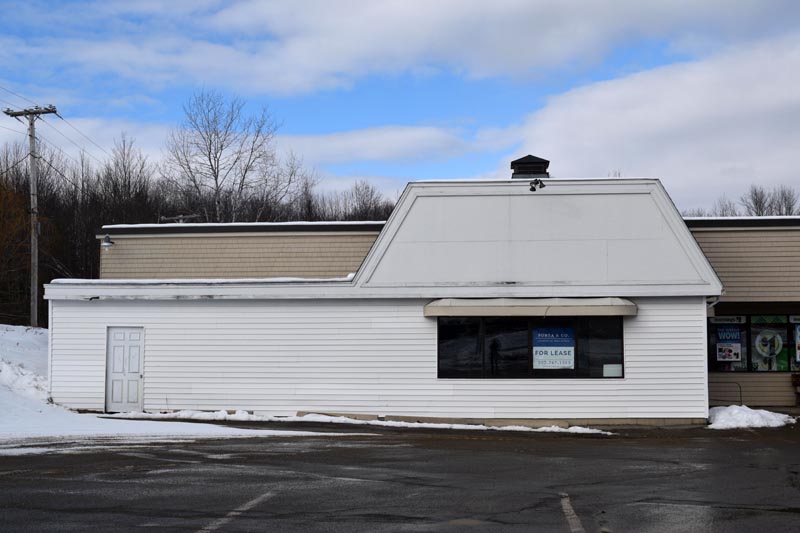 A Phippsburg couple, with family and friends, plans to open a brewery in the Wiscasset Marketplace, between Dollar Tree and the Kickin’ Mule Redemption Center. (Jessica Clifford photo)

A Phippsburg home brewer plans to break into commercial brewing by opening Bath Ale Works in the Wiscasset Marketplace this summer.

Co-owner Pepper Powers has wanted to open a brewery for more than two years.

Powers has nearly 30 years of experience as a contractor, doing space shuttle and International Space Station communications and tracking for NASA’s Goddard Space Flight Center in Maryland. In 1993, he began home brewing. He has been fascinated by it ever since.

“It is a science type of endeavor if you want to make it that. It’s really interesting to me how you can transform raw ingredients into this wonderful beverage,” Powers said.

The scientist-meets-brewer grew up in Old Orchard Beach.

“I wanted to do something fun while I had the chance, so I retired from NASA and came back home to open a brewery,” he said.

After looking for locations for a year, Powers began working with a commercial developer to design a building in Bath. He eventually decided to search for another location instead.

He found an open space in the Wiscasset Marketplace, between Dollar Tree and the Kickin’ Mule Redemption Center.

Powers sees the building as perfect for the brewery’s needs because it is on busy Route 1, is an existing commercial space, and is a good distance from other breweries in the Midcoast.

Bath Ale Works would be the first brewery to open in Wiscasset. A proposal to open another brewery has been in the works since March 2018, but has not come to fruition.

“The overall style of the building and the fact that it’s now empty and ready to be built out, basically it looks like it’s going to work out perfectly for it,” Powers said.

The name of the brewery is a play on Bath Iron Works, Powers said. His son came up with it.

Although the brewery will not be in Bath as originally planned, Powers believes the name is still a good representation of the Midcoast.

Since the building is already a commercial space, Powers said, he and his partners do not need approval from the Wiscasset Planning Board. His partners include his wife, Jean Powers, his son and daughter-in-law, and friends.

The group will need to go in front of the Wiscasset Board of Selectmen to secure other approvals. They must also apply for a federal brewing license.

If the licensing process and renovations go as planned, Powers hopes to open Bath Ale Works in midsummer.

“We want to offer things that some of the other breweries are not offering,” he said.

According to Powers, Bath Ale Works will serve a variety of traditional styles of beer, such as porters, stouts, and pale ales.

The plan is to have customers learn about the origin of each beer through knowledge shared by employees, as well as handouts and signage.

The brewery will have an open concept, similar to Brunswick’s Flight Deck. Customers will be able to view the brewing process and the fermentation tanks.

“Maybe an addition of windows, to give a little more light in, but when we walked into the building, it was like 85% of what we already need,” Powers said.

Bath Ale Works will be a brewery and taproom and will not have food, but Powers said they want to have food trucks available.

At this time, Powers expects to hire two to four people to work at the brewery.